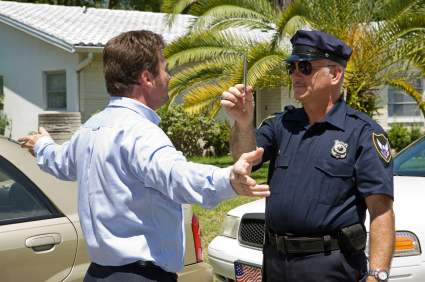 One of the ways to insult someone in the American culture is to say they can’t hold their liquor, and we see this kind of mentality played out in movies and television all the time. Whether is downing multiple shots of tequila or chugging pitchers of beer, we celebrate the person who can drink the most and still stand up.

The problem is, drinking too much too soon can have serious, if not fatal consequences. It’s called alcohol poisoning.

Over time, as a person uses alcohol, they will build up a tolerance, so more and more alcohol is needed to achieve the same effect. Even though the body has built up this tolerance the risk of alcohol poisoning has not diminished. It may take more alcohol to achieve it, but tolerance is not insulation from the risk.

They might claim that they can have a few drinks because they’ve had something to eat. This is true, to a degree, but having food in their stomach does not prevent alcohol poisoning when large quantities are consumed.

It takes the liver about one hour, generally speaking, to metabolize a 12-ounce beer, or a glass of wine or a shot of 80-proof liquor. The shot has more alcohol than the beer, but in either case, if one drinks enough and the body can’t process the alcohol, there is trouble ahead.

A double whammy is drinking in combination with taking prescription medication. This is an invitation for disaster.

You have no doubt read at some time or another stories about binge drinking, usually a Saturday night activity on college campuses. Binge drinking, by definition, is having five or more drinks in rapid succession. There’s always that one guy who will put on a show for his buddies, or the person who arrives late and feels as though he has to “catch up” with the rest of the crowd.

Leaving them alone is a BAD idea.

The problem is they are unaware that binge drinking, leading to alcohol poisoning, can cause a person to experience a change in heart rate, impaired breathing and can lead to them passing out, or going into a coma and possibly dying. People look at the drunk passed out on the couch and say “We’ll just let him sleep it off.” The problem with that is the person may be in serious trouble and in jeopardy of dying. They should not be left alone to sleep it off, they need help. A call to 911 is the best action.

Watch out for breathing issues.

It’s better to be safe than sorry, so you can look for the signs of alcohol poisoning and take appropriate action. That drunk on the couch may have very slow breathing, or his breathing might be interrupted or irregular. That’s a sure sign. He may feel cold to the touch, or appear to have blue skin, which is a sign that the heart rate has been altered.

He may not wake up when his friends try to arouse him. It’s important to remember that not every sign has to be evident for alcohol poisoning to have taken place. The person may be awake, but completely “out of it,” which is another sign.

Alcohol is very toxic. It irritates the stomach and unlike many other drugs, it doesn’t just affect the brain, it goes into every pour. It impacts the function of the liver and kidneys and other internal organs.

Alcohol poisoning will alter the person’s gag reflex, so don’t try to have them go into the bathroom to rid themselves of the drinks they just consumed, as they may choke. Worse yet, they may inhale vomit into the lungs and asphyxiate.

Again, it isn’t a matter of just sleeping it off. Don’t just leave them alone, take action. People will often need medical intervention. They will need IV fluids and other treatments. The medical team will treat the person until the alcohol is out of the body.

The national number for Poison Control is 1-800-222-1222. If you make that call, you will be connected to the center nearest you. They may ask you a series of questions, so be prepared to offer the information they need. How much did they drink, how long ago, are they breathing ok and the like. Stay with them until help arrives.

Alcohol poisoning is a serious matter. The old term “dead drunk” is not just an idle reference, it is literally the truth when someone has gone past the line. Binge drinking is not a “rite of passage,” it’s not a sign of manhood, it isn’t a badge of courage, it is an invitation to death.

Holding one’s liquor, especially when large amounts are consumed, is not worthy of respect as much as it is a cause for concern that serious health issues lie ahead. Long before a drunk tries to get behind the wheel of his car, he may well be in jeopardy of serious complications.

As always, the best way to avoid alcohol poisoning is to be mindful of its possibility.

For more about Alcohol Poisoning please visit our home page.