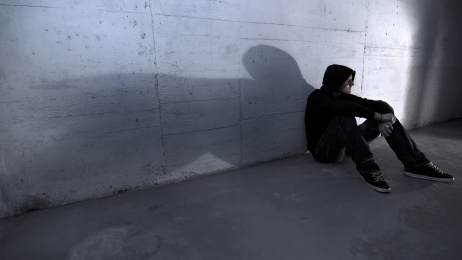 Is it really unconstitutional to monitor a suspected repeat drunk driver? I suppose this question is raised all over the country, but it’s of particular interest in my home state of Wisconsin, because the right to get drunk seems to supersede any other rights one might expect, or so it seems. It’s hard to pass any legislation, or put any teeth into the law in the Badger state, because drinking is part of the culture here.

The Milwaukee Journal Sentinel ran a piece recently about an exchange between a judge and a defense attorney, which on the surface might appear to be inappropriate, but it is so typically Wisconsin. You can read the entire article at:

jsonline.com/news/waukesha/116633248.html and you can come to your own conclusions. This little exchange pales in comparison to the rift between democrats and republicans, who are in a budget face-off, with the dems taking residence in northern Illinois, preventing a vote in the State Senate.

Any legislation that in any way at any time interferes with our time-honored tradition of partaking in the socially acceptable and expected activity of drinking is met with frowns and disapproval on both sides of the isle. Want to unify politics in Wisconsin? Try to pass a tougher drunk driving law.

Of course, these kind of exchanges between lawyers and judges are dramatic and worthy of a newspaper story and get our attention if the behavior is outrageous enough. But it’s about the lawyer and the judge. It’s not about the one who is in trouble for drinking under the influence of alcohol and it certainly does not address the problem of repeat offenders, who will drink no matter what the consequences.

Some things are beyond the law. It is illegal to drive drunk, we know that. The law does not stop that. The real problem is drinking itself, drinking to impairment and doing that repeatedly. Eliminate the alcohol abuse and you rid yourself of a headache.

Wisconsin people seem to think that they need to drink. It’s their right and their obligation. Fans who follow the Green Bay Packers, for example, more or less invented tailgating at the games. This dates back to the early Lombardi years, just as the National Football League was becoming popular.

As a young person in the 1960’s, I recall the days in the parking lot at the old County Stadium in Milwaukee, the smell of the brats cooking and of course plenty of beer and alcohol. People would get (and still do) so hammered in the parking lot they’d sleep through the entire game. It’s a part of the folk-lore. They had to drink. They couldn’t have fun without it. NFL football? Who cares, have another drink. It’s sad.

People who drink and run afoul of the law should be given the option of treatment first. Of course, I am not naïve enough to think that the convicted drunk driver will admit to having a problem, but the expectations of society should be clear—make sure you don’t do this again. If a person has established a pattern of behavior, it is reasonable to look at his/her history and make a determination over the likelihood of it occurring again. I side with the judge here. The addict/alcoholic is not in a position to make that call.

In so many past blogs I have railed on the idea of incarceration being the least effective of the rulings the court can impose on any drug and alcohol offense. Treatment is more cost-effective, yet it is seldom considered as a first-line defense against a wasted life. It’s more popular to punish. Lock them up and throw away the key and maybe they’ll learn their lesson while they sit there. Well, at least you have them off the streets.

Treatment is less expensive, but you have to follow through and make sure the treatment is making a difference. I knew a guy once who went through prison drug treatment a couple of times, but declared the program a joke because he knew exactly how to manipulate the system. He knew the right things to say, but he never engaged in the program. It was a game. He didn’t do the 12 Step program. If he did, he never got beyond Step 1.

Over several years of knowing him, he never changed his mind about his life, his behavior and his drug use. The problem with the programs available to him was simply that they were prison first, treatment second. There was no real accountability, no personal investment and no soul searching. He could manipulate the system and get some time cut off his sentence, so basically you had the same person going out that came in.

To effect real change in a person’s life, there has to be the commitment to change. The criminal justice system is not equipped to effect this change because the predisposition is to punish, not to treat. Monitoring a suspected repeat offender is a drop in a rather large bucket, but it is at least a form of oversight. But it doesn’t get to the core of the repeat offender’s problem. Getting the real change necessary to keep a drunk off the streets is the political hot potato.

For more about Alcohol and Driving visit our home page.