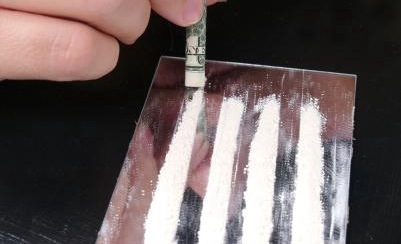 Cocaine is derived from the coca plant usually from South America:

Other names for it include, but are not limited to snow, coke, lady, flake, gold dust, freebase and crack. It's derived from the leaves of the coca plant, found in South America. The leaves are mashed, much like grapes are for making wine, then are treated with sulfuric acid. During this process, the active drug is released, as a paste is formed. The paste is then further refined and the end result is cocaine-hydrochloride, a fine, white powder. It looks like powdered sugar.

Cocaine became popular in the 1980’s and 1990’s and since that time the medical community has learned much about why this drug is so highly addictive.

Dr. Nora D. Volkow, the director of the National Institute on Drug Addiction, explaining the major increase in the use and addiction to coke and she wrote:

“One of NIDA’s most important goals is to translate what scientists learn from research, in order to help the public better understand drug abuse and addiction, and to develop more effective strategies for their prevention and treatment.” Volkow explains that scientists can actually observe the “dynamic changes” in the brain as a person uses this drug. They can see the “rush” and the “high” and actually see when a person is “craving” it.

How does it react in the body?

It stimulates the central nervous system. The drug causes the user to experience euphoria, a feeling of well-being beyond what you would regularly encounter. People who use the drug regularly do it for that “rush” they get. They want to feel good.

Users who chose to snort the drug, often develop nasal congestion and damage the mucous membrane of the nose and have bleeding cartilage. Users coming down from it might get depressed, or experience insomnia. Common for cocaine users is a decrease in appetite, accompanied by weight loss.

Use of it causes blood vessels to constrict, leading to an increase in blood pressure, heart rate and heart attacks are common. It can lead to irregular heart beat, lung disease and irreversible brain damage.

Body temperature and blood sugar rise. Respiratory failure, strokes and seizures are also possibilities with it. In rare cases, first time users have been known to die from the effects of the drug. Addiction also contributes to dramatic changes in behavior, as some users are known to display bizarre actions, or become violent.

Users have been known to contract HIV/AIDS and hepatitis. Blurred vision is a common side effect. Women users are susceptible to miscarriage, or if they carry to term, serious birth defects often occur.

Cocaine and Alcohol: A dangerous mix

When they are used together, another dangerous physical situation occurs. According to National Institute on Drug Abuse research:the liver combines cocaine and alcohol, producing a new substance, cocathylene This third player intensifies the high, but at the same time increases the risk of sudden death.

It’s highly addictive and one of the most rapidly addictive drugs. While it became popular in the last two decades, it’s not new and is one of the oldest drugs known. Coke has been abused for over 100 years.

It creates a tolerance to the drug, as more drug is needed more often to achieve the same results. However, It's so powerfully addictive that even a first-time user can gets a cocaine drug addiction. The craving for the drug can come after the first hit of a crack pipe, or the first snort. People lose control and “need” the drug to feel good.

Users will start to withdraw from the drug sometimes as soon as six hours after taking cocaine. Withdrawal can last up to two weeks. Users can experience depression, insomnia, paranoia, restlessness, and crying spells. Addicts have had cravings for the drug for a month or more.

Hydrochloride There are a couple forms that are most common, cocaine hydrochloride (powder) and “freebase.” The powder can be mixed with water and injected, or snorted through the nose. Most commonly, cocaine on the street is a white powder, diluted by street dealers with talcum powder, mixed with sugar, cornstarch and oftentimes with other stimulants.

The term “crack” comes from the street and refers to the cracking sound the drug makes when it is smoked. Crack cocaine is made by combining the powder form of the drug with ammonia or baking soda and water, then heating the mixture to remove the hydrochloride. The drug produces an almost immediate high, usually within 10 seconds.

It became popular in the 1980’s for its quick effect and for the fact that it is inexpensive. The combination of these two factors have made crack a huge problem, as users number close to 600,000.

The most likely age group to use coke is adults 18-25, and use among men is slightly higher than women. Five years ago, the estimated number of dependent users was 1.5 million. That 2006 study showed that approximately 6.1 million people used cocaine in the previous 12 months and that 2.4 million had used during the last month.

It represents the dark side of the human experience, the desire to feel good now and have it all now. For a fleeting moment of euphoria, it robs the human soul of purpose, meaning and the gift of relationship. It takes over and becomes lord and god to whomever uses it.