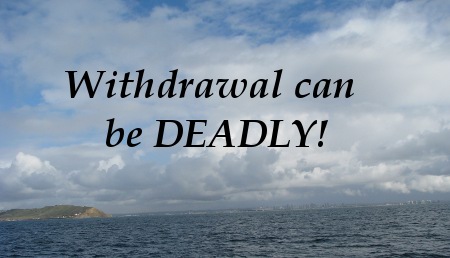 What is Addiction to Alcohol?

The disease called  Addiction is characterized by a craving for and a dependence on alcohol; an urge beyond the capability of the person to control. But there is so much more… it is a disease of the body, mind and spirit.

However, what that “means” is probably the more important question to ask. Alcoholism is an enormous problem in the United States because alcohol is so readily available, it’s socially acceptable and we tolerate those under the influence, even when they break the law.

“I need a drink.” It’s a common statement, one that millions of Americans mutter when faced with a tough situation, or after a stressful moment. In film it is portrayed as a necessary element to handling tragedy, such as in the “The Godfather” scene, when Tom Hagen (Robert Duval) is trying to compose himself in preparation for telling Vito Corleone (Marlin Brando) that Santino had been killed.

Film also portrays the need for a drink in a comical light, such as the scene from “My Fair Lady” when Alfred P. Dolittle (Stanley Holloway) tells Professor Henry Higgins (Rex Harrison) that he can’t face the missus without “a little liquid protection.” The whimsical way in which alcohol is portrayed in theater, movies and television is a contributing factor, because drinking is acceptable and isn’t taken seriously.

The problem of addiction to alcohol is wide-spread. The Center for Alcohol and Addiction Studies at Brown University concluded:

“more than half of all adults have a family history of addiction or problem drinking, and more than nine million children live with a parent dependent on alcohol and/or illicit drugs.” That is a staggering piece of information.

A major part of our Culture

I live in Milwaukee, where beer drinking is a major sport. Attending a game at Miller Park for the Milwaukee Brewers baseball team is quite an experience, as vendors are constantly walking the aisles of the stadium hawking beer. As soon as one leaves another one appears.

I counted once and recorded that 48 vendor appearances were noted before the fifth inning at one game. People drink the whole time, and come into the ballpark after having a few in the parking lot. It’s all a part of the culture. The Milwaukee Brewers don’t consider it a problem, especially when they take in nearly $7 a serving.

It impacts all of us!

Alcoholism affects us all. Beyond the immediate family, we have friends, co-workers and neighbors. Moreover, addiction and alcohol abuse are directly related to our most difficult social problems, such as crime, domestic violence, teen pregnancy.

The National Institute on Alcohol Abuse and Addiction teaches us that a person will continue to drink even though it has serious impact on family, friends, employment, health and legal matters. The disease takes over and soon a person is slave to the alcohol. They have to take another drink. People have been known to literally drink themselves to death.

Sadly, there is no cure

Currently, addiction and alcoholism cannot be cured. It will forever remain a part of a person’s makeup. However, when it comes to addiction, there is good news and bad news. The good news is that alcohol can be treated and managed. Alcoholics can live successful lives. The bad news is that they are always vulnerable to relapse if they take a drink.

Some people will say, “I’m not an alcoholic, I’m just a problem drinker.” There is humor in this statement, but there is also serious truth. People can drink too often, drink too much and run into problems, even though they are not physically addicted.

DUI, driving under the influence is huge in this country. People have been known to go to court repeatedly, yet they are not technically alcoholics. Sure, there are drunk-driving laws, but people abuse the tolerance and generosity of the court system. They will continue to drink and they will continue to drive, with or without a license. If you lock up the drunks, the jails will be filled every night.

College students and drinking have long been a social norm, as if weekend partying was a kind of right of passage. When I first attended college, there were no such things as coed dorms, but according to an article in USA Today, coed dorms are actually a contributing factor to the increased use of alcohol by students.

At first glance I kind of shrugged my shoulders, but really, I can see how this is an important contributing factor.

When I was in school, the weekend trips to the bars were routine, but there was not a lot of drinking in the dorms. Of course, guys would bring drinks in from time-to-time, but it wasn’t a regular thing.

Perhaps it was my own naïveté in not realizing a potentially escalating problem, but I honestly don’t recall a big deal. The bars were within a short walking distance, so I managed to stay well lubricated and flunk my classes as a result. But now dorms are coed, and writer Greg Tioppo’s article said that those living in coed dorms are two-and-a-half times more likely to drink to excess on a weekly basis.

The presence of women was not a contributing factor to my drinking, as I was more than capable of drinking too much on my own, but Toppo says that a study shows the fact of coed dorms contributing to this phenomenon. Over 90% of dorms are coed, and men and women are separated either by floors or by wings.

The article says colleges are looking at this to see if the coed dorms actually contribute to binge drinking. If this is considered a problem, maybe the old ways are better—separate them by buildings. Binge drinking wasn’t the concern when I went to college, but then there were the panty raids…

There’s also a moral issue brought up by the study, as those living in coed dorms are more likely to “hook up” with someone without any consideration of a long-term relationship. Those living in coed dorms were likely to drink excessively each week 41.5% of the time, compared to the 17.6% of students who lived in single-sex housing. That suggests a huge social pressure to me.

There is a natural sexual tension anyway, but add coed living and alcohol to that and the problem isn’t going to get easier. I suppose it’s more liberal, or more tolerant, or more enlightened, but just a cursory glance at the situation suggests to me that it’s a bad idea. He studies point out that binge drinking on college campuses is about 40% of the student population nation wide.

The Harvard School of Public Health, according to the article, has “consistently found that about 44% of students at four-year colleges in the USA are binge drinkers.” That’s a staggering number. That suggests to me a high level of peer pressure and misguided views on what is, or what is not cool.

Of course, it can be argued that any campus dorm, at any time in history, is naturally going to be a place where the outlook on life is more casual, shall we say, and thus young people are inclined to engage in reckless behavior to some degree.

Then again, drinking in college is sort of a right of passage, but parents would be well advised to understand that coed dorms, by their very nature, are invitations for risky behavior. Considering that only about 20-25 percent of people in most communities are church goers, the chance that there would be any religious prohibition to any behavior is limited.

Another concern about binge drinking, regardless of the dorm, is the possibility of alcohol poisoning. The human body can only handle so much alcohol before it does something to signal a stop.

There are the stories about college kids who literally drink themselves to death, mainly because they went way over the line on a given occasion. But if students are engaging in more and more binge drinking behavior, and they have built up a tolerance for alcohol, the sheer amounts they are capable of consuming are at the very least problematic.

The time to help solve this kind of problem occurs long before college. Parents are on the front line of defense against alcohol abuse by being parents and not buddies. Parents need to teach their kids about alcohol use and personal responsibility, rather than leave any of those parental responsibilities to college administrators or the law.

Parents need to instill some sort of moral or ethical code in their children, giving them a compass, a guide to life. Most of the time I think college students get into trouble because, at some level, they’re ignorant, just like I was when I first went off to school. It has nothing to do with intelligence, but more to do with not knowing what they don’t know.

Coed dorms? Probably not a great idea. Never was.