Lindsay back in trouble 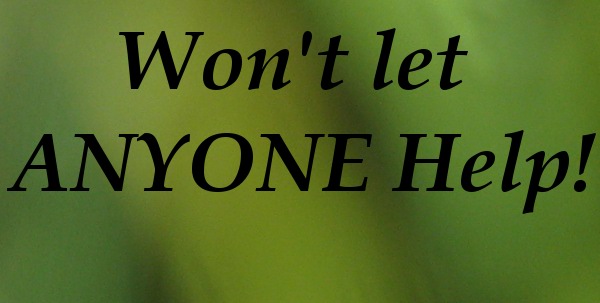 It’s easy to look from the outside in and make a judgment on someone else’s situation. It’s even a form of entertainment, especially when we can judge a celebrity. I read a Los Angeles Times article this morning about Lindsay Lohan, our favorite celebrity bad girl, who apparently is once again in violation of her probation.

According to the story by Richard Winton, Lohan walked out of a Newport Beach rehab facility, ending her 90-day mandatory stay almost before it began. The lawyers and the courts can duke it out over all of the ramifications and technicalities. Like so many other cases involving celebrities, the Lohan saga is a circus.

She has the needs of any alcoholic

What seems to be lost here is the needs of an alcoholic. Forget her star appeal, or her abhorrent behavior. The bottom line is she needs help, she needs exactly what the court has ordered and she can’t be allowed to make her own decisions, mainly because she has proven time and again that she isn’t capable of it. Still, the wrangling drones on and on. The lawyers, who are getting paid handsomely, argue before the judge and split hairs on pedantic matters, while Ms Lohan’s disease seems to go on in full song.

I feel for Lohan, I really do. She has never been forced to really deal with her alcoholism. Sure there has been the countless court appearances, which usually turn out to be nothing more than a photo opportunity, but she goes into treatment, leaves treatment and the never-ending cycle of addiction marches on. Look at it from a different perspective.

She’s a movie actress, a very pretty one, so all her life people have been telling her how special she is. There have been few boundaries put on her life, so she can do anything she likes. She’s wealthy, so she “lawyers up” and orders them to get her off. They do their best and they’ve done well.

She continues to drink!

She gets a slap on the wrist and continues drinking. She is in control, down to the fine details of what she is going to allow in the way of the court-ordered treatment. The story said she was supposed to go to a New York state facility, but she changed her mind and went to the Newport Beach center, which isn’t licensed to do the kind of treatment program required by the court. More arguing before the judge takes place.

The decision to go into the other facility, of course, was Lohan’s, because it was far more convenient for her. The court is mad because it was not informed. The lawyers couldn’t be reached for comment according to the story. Why? They aren’t in charge. They have to spin this thing to get Lohan off as easily as possible. More hair-splitting will follow, I am sure.

The disease has total control

If the alcoholic is allowed to make the call, nothing will move forward. The disease is in complete control and will short-circuit any logical approach, even one that is obviously in the very best interest of the alcoholic. Lohan will continue to do exactly what she wants to do until the day comes when she either drinks herself to death, gets into a fatal car accident, loses her career entirely or otherwise falls into the dark pit. I feel for her because nobody stands up and says “no” to her. The lawyers just want the money; they aren’t doing her any favors.

She is certainly suffering

I do not know if Lohan is a good actress or not, having never seen any of her films. I really don’t care. I see a suffering human being, who is in desperate need of a firm hand and an unconditional commitment to her care and treatment. All of the drama of her trials splashed across the television news, all of the stories of her rejection of treatment, all of the paparazzi nonsense associated with her celebrity and the love-hate worship of the public masks the fact that she is ill.

It’s almost like her success in life is preventing her from receiving what she really needs. I see the little girl inside of her who is out of control because her parents never drew the line and guided her into adulthood. They raised her to be a brat and created a shameless public spectacle. What do you expect? It’s just sad.