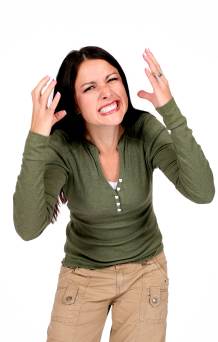 Get Sick To Feel Better

Swirling within the seemingly endless spiral of alcoholism is a person out of control. “Darci” understands the helplessness of being caught in the grips of addiction and knows that without help she is not going to live much longer.

She truly understands and has lived the effects of addiction. She is tired of the spiral and appreciates the treatment center. She is beginning to gain back control.

She looks back at the last 20 years of her life and wonders how it all got to be this bad. Still a young woman, Darci shows the pounding her body has taken, as the deep lines on her face and ruddy complexion tell the story of the effects of addiction long before she shares a single thought. Her children are grown and now that they have moved out of her home, she agonizes over what might have been had she not been an alcoholic. There is not a lot of detail in her story, but it’s obvious that there is a sad one to share. She knows she needs to share the rest, but that will come at the proper time.

As she told her story I was reminded of the scene in Mel Brooks’ “Blazing Saddles,” in which Gene Wilder’s character wakes up in jail, still drunk from the night before. He swigs large amounts of whiskey. He is asked if he’d like something to eat. “No, eating makes me sick,” is the reply as he takes another enormous mouthful. In the month leading up to her decision to seek treatment, Darci did not eat much of anything, because it made her sick.

Often started each day being sick.

Her day would begin by getting sick. She’d get herself together and go off to work. In the last 30 days she’d take a flask to work, just to make sure she had a few shots to take the edge off. The shakes would come, so she’d sneak off to the ladies room to medicate herself. It didn’t help. She said by mid-afternoon she’d be sent home unable to overcome the effects of addiction.

She did not enjoy drinking. It was no longer pleasurable and had not been for many years. It was a necessity just to feel some semblance of normalcy. Alcohol was her food, and like watching sand from an hourglass slowly fall, her time was running out. Some people may not like the idea of being in treatment, but Darci fully embraces the opportunity.

She has found love and acceptance from the other addicts, and she is beginning to get a look at life without alcohol for the first time in years. She has a good sense of humor, with an infectious giggle. I mention this because she has buried her funny side for so long. It’s just now reemerging. She looks to the future and knows that her first priority is to rebuild her relationship with her adult children. “I put them through hell,” she said. The others in the group have had similar experiences and they understand fully.

She understands that there is no cure for her disease.

Darci will never be cured of alcoholism, but she knows she can manage it by embracing the teaching from the treatment center, allowing herself to be loved and supported by fellow alcoholics, and most of all allowing her God, whom she has kept away for so long, become a part of her life again to fill the holes in her heart that alcohol once occupied. There is hope and she is claiming it. She knows it’s going to be difficult, but for the first time in 20 years, she is happy to get up in the morning and live life.

For more on Effects of Addiction click here for Intervention.


Need help with my lying bf?

I have multiple herniated disks in my neck and had back surgery last year. I take painkillers; Roxycodone and Fentanyl patches.

My bf has convinced me that I really don't need all my medication and to share my pills with him since he has multiple ailments due to a past car accident.

He said he cannot get them himself right now due to not having insurance. So I have stupidly been giving him almost all my pills to help him, meanwhile I am suffering. Last night I gave him my bottle of pills. I had just filled my script for my Fentanyl patches and left them in the car while at dinner.

He came up with an excuse for needing to go to the car and stole 3 patches from me. I discovered it soon after. I just snapped and started to yell at him because I felt so betrayed, I mean I am helping him and he takes from me. He denied stealing from me. He actually called me a junkie for checking my box of patches before I got home.

He told me he "took" them to help me. He felt if he held onto them he could divvy them out to me when I really needed them. I ended up feeling horrible and he ended up leaving because I disrespected him and didn't trust him.

He told me how horrible I am for the way I acted and needed some time to cool off and think if he could even forgive me. I said things I did not mean such as telling him I never want to see him again.

I don't know what to do, I feel horrible and love him so much? I feel he is right and I am the one that is nothing more than a junkie.

Be careful! It is important for you to understand that long-term pain management is serious business. The meds are designed to give you relief when you need it, not to give to your boyfriend. Allowing this is a very bad idea. I sense from your story that you already know this.

Your boyfriend is not doing you any favors, so from what I read, it sounds like he is lying to you and manipulating you to get your drugs. I do not believe he took them to “help” you. Try to take a step back for a moment and see this situation from another angle.

Both of you are using and appear to have a substance use disorder to one degree or another. He took your medicine for himself, which should tell you a lot. Setting aside the fact that taking your medicine is illegal, he is just perpetuating his own problem.

By allowing this to happen, you are part of the fraud. Your doctor prescribed medicine to help you deal with your condition, but you gave it to him. You probably don’t want to hear this, but you’re not good for each other because neither of you is healthy.

You will say you love him and you want to be with him, so you’re going to make a choice. He has already told you that you’re a “junkie” and how horrible YOU acted. That speaks volumes. It shouts.
The reality of your situation is you need to use your medicine lawfully and that means as prescribed. If you are developing a disorder, you need to be open and honest with your doctor and tell him/her everything.

There are many ways to control pain and you need to examine your alternatives. You also need to protect yourself and from what you have written that means dumping your boyfriend so you can concentrate on what is in your best interest.


One last thing. Go to a mirror and look at yourself and say, “I am a child of God and I am dearly loved by Him.”

Your boyfriend is playing you like a fiddle !!!! That's what drug addicts do to other people to hurt them. Trust me I did it to my wife for years until she finally got hip to me and threw me out until I went through rehab !!!!

I would like to say that I have known my bf for 14 years and have been dating him for 2. I knew him before his drug problem which is why I have stayed with him.

I have noticed a drastic change in him and I just don't know what drugs ge is doing. He goes from hyper and happy to calm and sometimes we will be talking and then he will just sit there and close his eyes.

If I refuse to give him my pills when I have them he will become irate and become violent towards me. It just breaks my heart.

Taking pain medication for me was a last resort. I actually take less than what the doctor prescribes and then take it when I need it for pain. I know I should just break it off with him but it is so hard. On the other hand, I feel right now he only loves himself and what ever drug he is taking. I pray to God it's not heroin but I feel in my heart that it is.