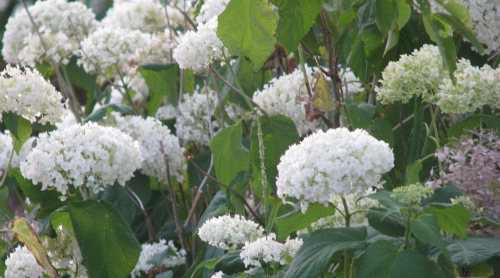 For the last year, the Milwaukee media has been reporting on the overdose death of 15 year-old Madison Kiefer. The television stations posted a photo of a beautiful girl next door, with a peaches and cream complexion. It was the image we wanted to see, the image her family wants us to remember.

Another photo was released recently of Madison, bearing no resemblance to the pretty teenage girl we saw before. Madison Kiefer is a classic example of the ugly underside of illegal drug use, the story of a suburban teenager, seemingly with all the advantages of a good family and a middle class lifestyle, but the story of how addiction tears families apart, and in Madison’s case, her out-of-control life was like a runaway train.

The death of this young girl is an example of how something starts slowly and then progresses into something completely out of control into Adolescents Addiction. Like so many others, Madison started with alcohol and marijuana. The downward spiral took place, despite the fact that her family knew what she was doing and took steps to help her.

The dealer who gave her the drugs was on police logs and cries from the community failed to stop his selling drugs to area youth. They failed to stop adolescents addiction. This was a train wreck. Cases like this one illustrate how an addicted mind cares nothing about personal safety, but is completely convinced that they are in control. They can handle it.

In Kiefer’s case, her addiction was a mindless succession of bad decisions leading to an untimely death. The newspaper story talked about all of the warning signs from her family, from neighbors who called the police 15 times about the drug dealer she did business with. It was a perfect storm.

There is no such thing as “I can handle it. I know what I’m doing.” That is a lie told by addicts over and over again. They don’t have a problem. They don’t need treatment. They don’t need to go to recovery group meetings. They are playing Russian roulette with their lives, not knowing that death is staring them in the face.

As much as there are restrictions on prescription medication, once the pharmacist hands them over to the patient, there is no telling what is going to happen with them. So commonly, the patient may take some, fell better, and then maybe sell the rest. Of the patient takes the medication, goes off and the prescription remains in the medicine, unguarded, where some one else, like a teenager, can take them and abuse them.

Often kids will get the drugs, either from their parents’ bathroom, or from a dealer, and mix them with illegal street drugs, such as heroin and cocaine. This deadly cocktail is the case more often in overdoses, as street drugs alone caused only 30% of the deaths.

The story told of how suburban adults get hurt on the job and take prescription pain medication to relieve the effects of the injury and wind up hooked. Teenagers use anti-anxiety medications to get high, and they experiment with combinations of drugs, completely unaware that the wrong combination will kill them, like they killed Madison Kiefer. Kids give pills to each other, not knowing what they are, what they are intended for or what they will do.

A teen gets caught with pills and tells that he/she got them from another student, who got them from somebody else, who bought them on the street or took them from home. It’s everywhere and it’s all the time.

Sometimes even the most concerned parent can’t always stop the inevitable. Kiefer’s father was willing to spend any amount of money to help his daughter, do anything to prevent what happened, but it wasn’t enough. It’s easy to try to examine the situation and try to explain it away by saying there was neglect in the home, but that wasn’t the case. She had been caught at school, numerous times, and disciplinary action was taken, but nothing worked. In the end, she chose to go her own way.

The schools have their hands full. They have to maintain order and discipline, so there are not that many options available to them to ensure that kids get help. You can’t have drug dealers in your school, and you can’t have kids skipping classes to do drugs on school property.

Principals try to cooperate with law enforcement and parents. Parents too have their own struggles trying to parent teenagers who are caught in this void between childhood and adulthood. We hear stories of kids getting into drug habits at younger ages, sometimes when they are in grade school. The battle is to protect teens from themselves.

In American society there is increasing a movement away from the church and the religious community. Over the past 50 years, the positive impact of the church has eroded, as the intervention for problems has become almost exclusively secular. If there is a tragedy, the counselors are called in.

But drug addiction has a spiritual component, and that’s something obviously missing from Madison Kiefer’s life. Her mother had died. Her solution started with marijuana and alcohol at a very young age. Why?

Maybe she believed there was no alternative.

There was no faith community for her, or perhaps she didn’t see it.

For more about Adolescents Addiction go to our home page

Addiction counselor Debbie Fisher discusses how improving your self esteem can help with addiction recovery, this week on Recovery Now!

Listen to internet radio with dawicker104 on BlogTalkRadio