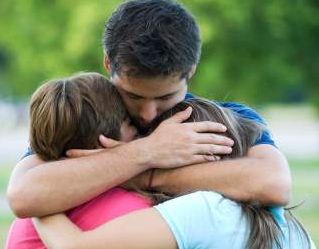 Alcoholism and Suicide – The Perfect Storm

Sometimes what is right in front of us doesn’t seem to register until it’s too late, and given that hindsight is 20/20, we reflect on events of the past and see where we might have made a difference in the life of somebody we love.

I have a dear friend who recalled the events leading up to her father’s suicide, and even now, more than 25 years later, she has difficulty fighting back the tears because the pain is still there.

Her dad was an alcoholic. She remembers learning at a young age that there were times when children should be seen and not heard, and she understood that when dad came home after drinking with his friends, that mom would not be pleased about it. She remembers vividly the arguments that took place.

His drinking habit took the life out of the house, as she knew that having company was not going to be a good idea, and so she learned to cope.

This went on for years and came to a head when her mother drew a line in the sand and told him to either stop drinking or move out. He was later diagnosed with severe depression, and while he may have dried out, the depression lingered and eventually led to in-patient treatment. That’s when the signs started to present themselves.

He realized that his drinking had caused pain for his family, and he knew that his depression had all but crippled him emotionally. He would say things like:

“You’d be better off without me,”

which did not register with my friend because she attributed to statement to his disease, not thinking that it would lead to action.

After a three-week stay, her dad was given permission to have a home visit. When she and her mother arrived at the hospital, his suitcase was already packed. They thought nothing of it, because he’d pack a suitcase of clothes to be washed. She recalled the statements he had made about being a burden to the family, but in her mind it was not a burden at all.

He was her dad and she loved him, so helping him, or taking care of him was not a burden at all, but an act of love and appreciation.

Her mother sensed that something was not right and questioned the doctor about allowing him to go home, even though she wanted him to have the visit. They assured her that his release was ok, and so they went home for the weekend.

Another warning sign was right in front of them at the hospital. He had packed everything, as if he was planning to leave permanently. They knew the dirty clothes were in there, and thought little else of the emptiness of his room.

At home, dad went out of his way to thank and praise his daughter. She had graduated from college, gotten married and was with child, his first grandchild. Dad said all of the things that a daughter would want to hear and who wouldn’t want that kind of affirmation?

He went into the kitchen and praised his wife in much the same way. She was preparing dinner and he told her that he wanted to take a nap for a little while. He went off to the bedroom. A few moments later, there was a gunshot.

My friend knew exactly what had happened. In the moment, she had that awareness and recalled going into his bedroom and seeing the aftermath. It was a single shot to the temple. She went out to tell her mother not to go into the room. She called for help, but there was no emergency care to be done. He was gone.

Looking back on the events, it was like trying to piece together a jigsaw puzzle, but she sees it all so clearly now. The little comments about them being better off without him, his failure to get into recovery from the alcoholism, the hopelessness that accompanies depression all came into focus after the event.

Her message out of that experience is for loved ones to be vigilant. Moreover, she implores loved ones to be proactive, to seek out resources that are available. In particular, she says the help readily available from groups like Al-Anon are there so people don’t have to be alone in their struggle.

Suicide is such a tragic solution. The alcoholism and depression won out in her father’s life, but there is hope. There are resources out there to not only help the one who suffers from the disease, but the family as well. Everyone in the family is a part of the disease and everyone can be a part of the solution.

For more about Alcoholism and Suicide center link to Books

Summary Of Alcoholism and Suicide:

Alcoholism and Suicide often go together for many reasons. Each person’s addiction is different and unique to them, so is their depression cause by alcohol unique. That alcohol depression can cause such a feeling of helplessness that suicide feels like the only option.

Alcoholism and Suicide can be avoided by family member and loved ones not accepting the addiction and taking proactive steps like an intervention to get the addict into treatment.

Alcoholism and Suicide can be a very real possibility so it’s key for the family to support the treatment process because suicide can happen any time within the process.

Alcoholism and Suicide is so very sad and if someone mentions suicide it needs to be taken VERY seriously.