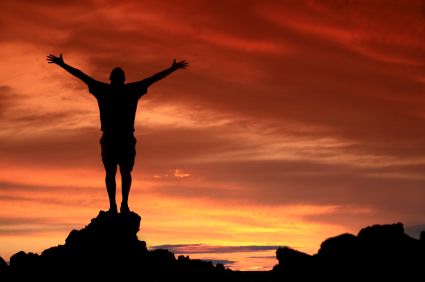 Isn’t a drug addict a person with weak character?

No One Wants to Become Addicted to Drugs or Alcohol!

One of the symptoms of addiction is the craving for the drug. An otherwise rational, controlled individual is compelled to seek and use the drug. In order to feel good, in order to feel “normal,” the addict needs to use. While there is an element of choice and personal responsibility attached to addiction, it is all too easy just to say the addict is addicted because they have a weak character.

Nobody wants to be addicted to drugs. And who is a drug addict anyway? Addiction does not limit itself to the poor, any particular cultural or ethnic group, any race, nor does it care about age or profession.

Here’s another way of looking at it. If you start from the premise that human frailty can manifest itself in many ways, that we are all in a sense “broken,” it is logical to assess that addiction is a disease of the human condition.

There is an excellent Biblical description of this. Even if you are not a Christian believer, the logic of the example has valuable insight into the human condition.

In the New Testament, the Book of Romans, Chapter 7, beginning with the 14th verse, the Apostle Paul unfolds a kind of spiritual tug-of-war. He describes how he does not understand his own behavior. He wants to do the right thing, but he doesn’t. He says he does what he hates. He attributes his behavior to the sin living within him.

For the addict, even if they want to abstain, their behavior is driven by the addiction within them.

Paul, who is the predominant writer of the New Testament, realizes his helplessness. He appeals to God for the help he needs. In AA 12-Step, the appeal goes out to a “power greater than ourselves.” Was Paul a man of weak character? Christians will argue that he was a giant among the Apostles. Certainly he was a man of strong character, but at the same time, limited by the human condition.

It’s too easy to blame weak character. We are all limited by the human condition.

Drug addiction is a brain disease.

Drug addiction is a brain disease. Every type of drug of abuse has its own individual mechanism for changing how the brain functions.

But regardless of which drug a person is addicted to, many of the effects it has on the brain are similar: they range from changes in the molecules and cells that make up the brain, to mood changes, to changes in memory processes and thinking, and sometimes changes in motor skills such as walking and talking. And these changes have a huge influence on all aspects of a person's behavior.

A drug can become the single most powerful motivator in a drug abuser's existence. He or she will do almost anything for the drug. This comes about because drug use has changed the individual's brain, their behavior, their social and other functioning in critical ways.

All we can do know is learn from our mistakes!

My name is Emma im 17 years old and started using drugs at 15 but first i'll tell you a lil about my life.

i was adopted from Russia at 8 years old with my older brother and came back to America with my foster mom. My real parents were both drug addicts and my mom had me and my brother at a young age and couldn't take care of us.

Till 8 years old i stayed in two orphanages with my brother. my father died when i was 6 due to a bad drug deal. after moving to America i was the perfect daughter loving caring sweet people enjoyed being around me.

But when i hit 13 something in my mind said screw it. i started disobeying my mom talking back and thinking i could do whatever i wanted just cause i'm 13.

when entering 7 grade i moved to a new town here i made lots of friends pretty popular in school did volleyball track and cheer leading. School was never my thing so i payed more attention to sports.

My first time getting caught shop lifting was at 13. i didn't think anything of it and thought it was funny and a game. every time that i went to a store i had to take something even if it was little. this was my addiction for now.

as i got into 8 grade things were still the same until this boy came in to my life and i thought that i had to impress him so he offered to let me smoke with him and of course i said yes.

after that i didn't smoke much and then later tried drinking and instantly fell in love with it. my mom dint know i was doing anything. i still remember the day she was driving me to school and i was talking about how i wanted some fake color contacts and then the next thing my mom gets a call saying that i had ODED in school on Xanax with 5 other girls.

i got kicked out of school and got sent to alternative school and the only part i cared about was the sports. After that day things changed i no longer cared about ANYTHING. my boyfriend broke up with me, he was the one i had lost my virginity to.

After that i started hanging round more with people that did drugs and would always have them on them. To me, if you didn't have drugs i didn't want anything to do with you and for some the only way i could hang out with them was only if we were both high.

I started hanging around older boys trying to look for that protection that i never got from my father. It was easy cause as long as i was nice to them they would provide me with drugs. i started getting in trouble with the police and got sent to green oaks 5 times for saying i wanted to die and kill myself.

i got sent to my first rehab at sundown ranch. i got out and later relapsed again. i got sent to my next 3 rehabs at the age of 16 ran away from one got kicked out of one and my last one i completed.

I look back and think how stupid i was for the thinks i have done and how i hurt the people i love to get high but once that high is gone the same problems are here. i just want to thank my mom for all her support and for never giving up on me. NEVER GIVING UP.

she took me in as her child and this is what i have done. It will take time to earn her trust and make our relationship healthier. Rehab and the hospital didn't help me. I see myself as a social user and now all i do is smoke occasionally. i wish i could go back and change things but all i can do know is learn from my mistakes.

Thank you for sharing your story. So many young people get into trouble with drugs and wind up paying a terrible consequence. It is good that you have a mother who loves you and is devoted to your care and well being. It has been a difficult path for you, but it sounds like you’re making improvements.

However, one thing bothers me. You call yourself a social user. Social users can still become addicts. Once an addict, you can’t really be a social user without the fear of slipping back into old behavior patterns.

Alcoholics go to treatment and then go to meetings to live a good recovery lifestyle. Alcoholics Anonymous membership is for those who do not want to drink anymore. It’s all about living a healthy life without alcohol. Of course, some people will argue that, but my point is you’re taking a serious risk using at all, for any reason.

People say smoking is harmless. They say they can handle it. Given the troubles you have had in your life, I’d say you can’t handle it. There is so much life to live and so much to experience.

Believe it or not, you can be happy, fulfilled and live an exciting life without using drugs. Using drugs is the great lie, because nothing good comes of it.