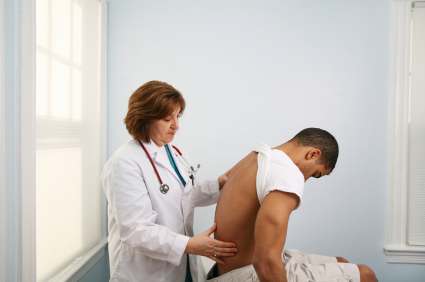 “Bob” was a registered nurse and participating in a short-term out-patient recovery program. Unlike many people who come into rehab, Bob knew he had a problem, knew that if the problem was left unchecked it would likely ruin his family life, his career and he was highly motivated to do his part.


Been in trouble before

Bob had gotten into
trouble at work for supplementing his prescribed pain medication with
other medications found in the unit’s medicine room. Bob could have
faced far worse consequences for stealing these drugs– at minimum,
his nursing license would have been removed. What he’d done was
illegal, and he knew it, but when a drug is in control nothing else
is considered.

Bob shuffled along in his treatment. He
spent long periods of time alone in his hotel room, but participated
in all group sessions and individual treatment time.

During a Bible study, Bob told one of the members of the group
that he was a baseball umpire who had ascended through the ranks to
work NCAA games. As it turned out, another member was also an umpire,
who was just getting started. The two struck up a conversation, and
it was soon decided that, if the local member could find a place for
Bob, the two would work a game together. The day came, the local
umpire threw together a uniform for Bob, and the two went off to the
game.

The day came, the local umpire threw together
a uniform for Bob, and the two went off to the game. It was nothing
unusual; a mens league event, played at a nicely manicured minor
league baseball park some 40 miles from the treatment center.

The new
umpire worked behind the plate and Bob took the bases, using the
moments between innings to encourage and instruct his partner, who
saw him as someone confident, experienced, and highly skilled. For
three hours on a Sunday afternoon, Bob was not a drug addict, but the
crew chief at a men’s baseball game.

During the next few days, Bob’s progress accelerated, which raised
some concern with a therapist who believed Bob’s attitude was too
good to be true, that something else had to be going on.

“I’m not at all depressed. I’m quite the opposite. For the
first time, I feel like I’m getting better.”

Soon after the game, Bob was discharged. After returning home, he
called his umpiring buddy and told him, “A friend of mine here said
God would put somebody in my life at the treatment center who would
have more to do with my recovery than anyone else. That was you.”

Recovering addicts can’t do it alone. It takes the support of
relationships. A sense of normality, a few hours of frivolity on a
Sunday afternoon, and a loving hand up from a friend made all the
difference to help Bob create his happy ending.

I am 22 years old and recovering from a very rough 2 year addiction to
heroin. I’m not like most addicts, I got addicted hard and quick.

I
was shooting up about a gram a day within 6 months. My life went on an
endless spiral downwards. I detoxed about every other month but went
right back as soon as i was released and went to rehab more then eight
times and every time I was released from that, i relapsed immediately as
well… I was what most would call a hopeless cause…

Until I
met my soul mate, Billy*, he was the light that brought me back to
life… I was detoxing for what felt like the thousandth time, nothing
different until I met him…

He made me smile, laugh, feel again
when i’d numbed myself for so long… i wanted to hold onto that
feeling of good forever… i called him the day i was released.

He
was out soon after and he was moving 2 states I followed him to where
he was going to get away from the drugs and addicts i knew… I’m proud
to say, we are about to get married and start a family and I’ve been
drug free since!

Love is a Powerful Remedy

In the 12 Step process, we talk about a power greater than
ourselves. I am pleased that you have a friend, a soul mate and that you
got out of the drug culture.

Rehab is a great thing, but if
you go right back to the old haunts and seeing your old user friends,
it’s easy to relapse. Recovery is about rebuilding a new life and it
sounds like you are firmly going down that path.

For more on Illegal Addiction go to our home page

Illegal Addiction can often start will a legal prescription that is abused and becomes an addiction.

Illegal Addiction rarely has a good outcome unless the addict gets help and gets treatment.