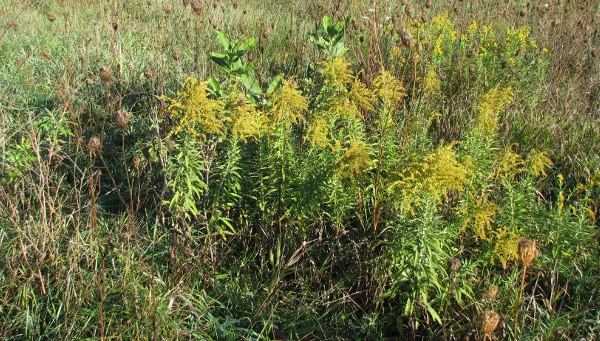 Psychological Addiction
Just as powerful and destructive as physical addiction

If you look up the definition of addiction you will read that it is described as a “compulsive dependence on a behavior or substance.”

When taking about substance abuse, the word dependence is often used more than addiction, mainly because in the case of opiate pain medication for example, there is a physical dependence that is established. But what if there is no physical dependence? Can one become psychologically addicted?

There are the two major types according to researchers substance addictions and process addictions. Herein lays the important information we need to pinpoint in a given situation.

The substance addictions, such as alcoholism, drug abuse and smoking, are centered around the ever-growing “need” for a drug or drugs in order to feel good or “normal.” Process addictions, on the other hand, include eating, gambling, shopping, sex, money and power, have no direct physical component like substance abuse. To complicate matters, a person may experience both substance and process addiction at the same time.

Psychological addictions are in the process category. This is interesting because some abuse of drugs, such as marijuana, may be more process than substance. Marijuana is considered to be mildly intoxicating and not on the same scale as alcohol in terms of its addictive nature, but the evidence also suggests that marijuana today is far more potent than the marijuana of the 1960’s.

“Charlie” has experienced a process addiction to marijuana. He enjoys the high, although there is an inner conflict, because his mind fights with his emotions. He has rationalized that marijuana is not really harmful, and therefore, benign. He says he can stop at any time, but that he doesn’t want to stop.

He uses the same logic in explaining his use of nicotine, saying that he doesn’t smoke much, only when he wants to. At the same time he will express a desire to stop, adding that the cigarettes are not a good choice for a healthy lifestyle. But he will stop short of saying that the marijuana is a problem. He defends his marijuana use, which over the last year has increased to being a daily activity.

Meanwhile, Charlie no longer attends the university where he majored in engineering. He says there is no time, or that he has lost his interest in engineering, although he will talk about it for hours.

He mentioned that he would like to go back, but wants the engineering department to bend a little for him, rather than following their required academic path. He says things just didn’t work out the last time. He had completed two years without issue and was half way through a third year when he said he lost interest.

Complicating matters is another medical issue in his life, as he was diagnosed with depression. This came about right around the time he dropped out of school, and when his marijuana use was on the rise.

Like many users, Charlie experiences an initial stimulation from smoking pot, which for him was a feeling of euphoria. The pot had a tranquilizing effect on him, and he enjoyed the relaxation. However, he would also occasionally feel paranoid, and this in combination with his depression, caused him to withdraw from his friends. He had already pulled back from many of his routine activities.

The Center for Substance Abuse Research (CESAR) reports that the debate on whether or not marijuana is addictive continues. According to their findings, people like Charlie may not experience the signs of physical addiction or withdrawal that are observed in users of other substances, but they add that the number of pot smokers wanting treatment has been increasing over the years.

They conclude that evidence may be lacking that points directly to marijuana being physically addictive (substance addiction), but that smoking marijuana can lead to psychological addiction and social dependence (process addiction).

Another argument in the debate is that marijuana may be what is called a “gateway” drug and users like Charlie will move from marijuana to more potent and addictive drugs. CESAR shares that a study in New Zealand revealed that 99% of illicit drug users had smoked marijuana.

However, most marijuana users, according to their study, did not progress to other drugs, and so there was no conclusion in that study that pointed to marijuana being a “gateway” drug. Still, CESAR states that, “Although marijuana may not necessarily be a “gateway drug” for all users, its use constitutes engagement in risky behavior and may set a pattern for future behavior.”

The marijuana debate is going to continue, especially in light of the fact that so many Americans want it legalized. Looking at Charlie’s case, in having conversations with him over a year, it is obvious that the marijuana has become a major part of his life.

Whether substance addiction or process addiction, the psychological impact the drug has had on his life is plainly evident.

For more about Psychological Addiction link to Books

Psychological Addiction can be as serious as physical dependence and often proceeds it.

Psychological Addiction must be treated with counseling and with time can be overcome.

Psychological Addiction can be more difficult to treat than physical addiction because it is less tangible and not as well understood.

My 15 y/o daughter has been involved in marijuana and hash for 4 months.
I have gone to the school (the only place she goes unescorted), mental
health, rcmp, town police, psychologist, friends and family.

All
along she has said she don’t have a problem it’s no big deal, but
recently i found out she purchased a 10 dollar piece for her 12 y/o
brother. I found out about it before he got to use it.

Where do i
go from here? Where can i go for support for myself? I hate this
feeling of doors being closed on me i need to know i am not alone (I
know I’m not but it would be sure nice to hear from other parents).

Lay Down the Law

It is good that you are on top of this situation, because
your daughter is seriously out of control. She offered drugs to her
little brother, which clearly shows that she has no clue what she’s
dealing with, no respect for the severe damage that can be done to him
and to herself and she does not realize that at 15 she is in serious
jeopardy of developing an addiction that will destroy her life.

You
must not assume that she is not in trouble. She will tell you it is
not a problem, but it is a very BIG problem. You need to take control
and get her into treatment. You can’t allow this in your home and you
can’t allow your daughter to continue making bad decisions.

Sometimes
moms don’t want to be heavy handed, so they try to reason with their
child and try to be a friend. You’re not her friend you’re her mother,
so lay down the law and make her follow your rules. This is not a phase
that just goes away.

She is using a dangerous, gateway drug
that will most likely lead to stronger, more dangerous drugs in the near
future. It is not innocent and it’s not some teenage “right of
passage.” If she is bringing drugs into your home, your son is in
trouble, so please force the issue and seek help from a treatment
center.

I would also suggest that you contact Al-anon to
receive help and support from other parents, who face similar issues.
You are not alone. Drugs are poisoning North America and parents across
the U.S. and Canada are facing a formidable enemy. You have a fight on
your hands, so prepare yourself to do some serious parenting and
protect your kids.