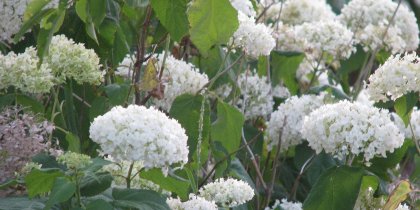 FACT: Opiates medications are pain killers derived from opium. Opioids, on the other hand, are synthetic opiates, which are manufactured to act like opiates, but they have a different chemical compound.


Opioids are broken down into four categories. They are:

FACT: Endogenous opioids are naturally produced in the body, such as endorphins. You may have heard an athlete talk about getting a good endorphin release during a workout.

FACT: Opium alkaloids are produced by the opium poppy plant. They are morphine and codeine.

FACT: Fully synthetic opioids do not look anything like the semi-synthetic opioids, but they are made to do a complete different job, such as methadone, which is used to treat opiate addiction.

FACT: Opiate and opioid are really interchangeable in today’s language, but many professional people only use the term opioid. A little known set of Opioid Abuse Facts.

FACT: Opioids are highly addictive. These are Opioid Abuse Facts that people fail to comprehend until it’s too late.

FACT: Opioid medicines have been used and abused for 6000 years.

FACT: It was discovered centuries ago that the white, milky substance that oozed from the opium poppy plant’s unripe seeds would dry into a sticky brown gum and could be eaten. The scientific name is papaver somniferum, otherwise known as opium. The raw alkaloids, codeine and morphine are produced naturally in the plant. In small amounts it could be useful in controlling pain, or giving relaxation.

FACT: Morphine was the first medicine devised and was touted as a miracle drug and used widely during the Civil War. At the time they did not believe the drug was addictive.

FACT: After discovering that many veterans had become addicted they went back to work and developed a sure-fire solution to the morphine addiction problem—heroin.

FACT: The codeine alkaloid is the basis for commonly prescribed pain medications such as Hydrocodone (Vicadin), Oxycodone (OxyContin) and Acetaminophen with codeine (Tylenol 2, 3,4).

FACT: The modern Opioid medications, such as oxycodone, have become popular drugs of abuse in the United States.

FACT: Taken as prescribed by a doctor, opioids can be safe and effective, but human nature always pushes the limits. People will take too much, too often thinking that more is better.

FACT: Addiction to an opioid (narcotic) presents a major health and social problem in the world.

FACT: Opioid abuse can lead to addiction. Abusers may develop a psychological dependence on the drug, thinking they must use in order to feel “normal.” These seem like obvious Opioid Abuse Facts but many ignore them at their peril.

FACT: Addiction to opioids can develop quickly or over time, but it is characterized by the inability of the person to stop using.

FACT: Opioid addiction is not curable, but it is manageable through treatment and recovery programs.

FACT: Opioid withdrawal can be unpleasant but not life threatening. Withdrawal will usually peak between 48-72 hours after the last use. But withdrawal can last much longer, depending on the individual. Understanding withdrawal is a key part of Opioid Abuse Facts.

FACT: Opioid addicts will often relapse while in recovery, but it is not failure, it is an expected point in the cycle. Sometimes several attempts at treatment are necessary.

For more about Opioid Abuse Facts visit our home page.

Return to Heroin Addiction for more about Heroin specifically


My Son Is Still doing good!

I found this site in June of 2016 when I
was researching Heroin. We found that our son was shooting, snorting
& “speed balling”. We had no idea what to do.

This website helped us through the 1st transition of his addiction. A few weeks ago I posted another post “There is hope”.

Well,
today I am VERY PROUD TO SAY THAT our son is still doing great. He is
still going to NA meetings (which is a great support), has enrolled in
IOP…(Intensive Outpatient Program) & had his follow up court date
for his daughter. (who my daughter has foster care custody of)… the
judge was impressed with his progress.

He has started a work out regimen… I just wanted to share, once again… that there IS HOPE.

Families,
I know it is hard to not just turn your back on them and look the other
way… DON’T DO IT… let them know you are there to support them,
emotionally, not financially. That you love them & will always love
them. I can’t say it enough… (who knows, maybe we were one of the
lucky ones) but, as long as I get continue to get the word out to other
parents & loved ones… I AM GOING TO CONTINUE TO DO SO.!!

Oh
yea, I forgot to say, March 28th, our son gets his 90 day key chain
from NA…. he has passed home drug testing as well as in IOP.

Keep up the faith, don’t give in & be strong for them… they need you now more than ever!!

Congratulations to your entire family. It
is wonderful to hear that your son is turning his life around, and we
celebrate his 90 days with you. Keep the faith…you are living proof
that there is hope.