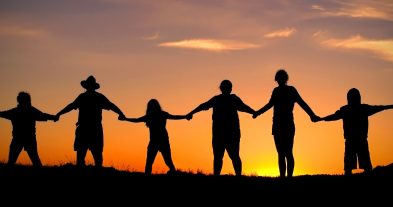 Cognitive behavioral therapy is a useful type of addiction treatment

Let’s begin by stating that Treatment Drug Addictions may consist of several different elements. For example, a program may center on behavioral therapy, which is counseling, cognitive therapy and psychotherapy. Sometimes the needs of the individual necessitate a medical treatment component.

Kent described his thinking process in terms of his computer
background—garbage in, garbage out. He talked about faulty thinking and
the need to replace the misinformation with good information, the lies
with truth. His professional success had given him the resources to
partake in his favorite recreational activity, cocaine and alcohol.

But
it was new information and a new way of thinking that led him to
recovery. He learned those new skills through cognitive behavioral therapy (CBT) he received during a 16-week program at a local treatment
center. Kent explained that the CBT wasn’t the only component of the
program, but in his mind, it was the most effective for him.

It
its core, CBT helps alcoholics/addicts recognize moments in time when
they are most likely to use, how to avoid using and cope with their
behaviors that contribute to their addiction. According to the National
Institute on Drug Abuse (NIDA), CBT centers on a learning process. The
underlying assumption is that learning processes play an important role
in the development and continuation of cocaine abuse and dependence.

These
same learning processes can be used to help individuals reduce their
drug use.” The NIDA lauds CBT as a promising treatment option for
several key reasons, including its short-term approach, its extensive
clinical evaluation in trials over the years, its usefulness in treating
users with mild to severe addiction, its goal-oriented approach that
focuses on the immediate problems of addicts and its flexibility in
individualizing the treatment.

CBT can be used in conjunction with other treatments.

Kent
said his situation was exacerbated by what he called “wrong thinking.”
His first experience with cocaine was “intense” and he knew that he
wanted more. What he didn’t realize at the time, and what he learned
through CBT, was that his own thinking, his attitudes and the way he
processed information, as it related to his addiction, was completely
counterproductive.

Cocaine and alcohol were filling some voids
in his life, masking emotional pain, but it didn’t remove any of the
problems. For Kent, CBT was a precursor to a 12-Step group he joined
after his treatment.

In particular, Kent said the cognitive behavioral therapy experience heightened his self-awareness, giving him a
solid base from which to navigate each step. He took emotional risks
and allowed himself to explore his own long-held attitudes and
prejudices.

Rather than allowing the cocaine to give him an
escape route, he could recognize, in the moment, what was driving him to
use and use new knowledge to fight off the temptation.

Kent
described cognitive behavioral therapy (CBT) as his first step towards
learning how to “say no” and feel confident that he could. He learned
how to make different choices, based upon entirely new criteria for what
he wanted in life and why he wanted it. That motivation, he said, was
the key to getting through the most difficult situations.

“What I needed became stronger than what I wanted,” he said in talking about the tug-of-war between using and abstaining.

The
educational goal was to enable Kent to eliminate the bad thinking and
replace it with the good thinking. Through his therapy he was able to
reconnect with friends, go back to former activities that the cocaine
replaced and, in general, regain social and emotional balance in his
life.

“It’s sounds
simple, just think the right way, but it’s not that easy when you’re
using,” he said. “I couldn’t just stop. My therapist didn’t hammer stuff
into me. But he helped me to find out for myself by pointing things
out to me as we talked. I was saying and thinking things without really
understanding why. I think I needed everything they gave me.”

For more on cognitive behavioral therapy click for Intervention.