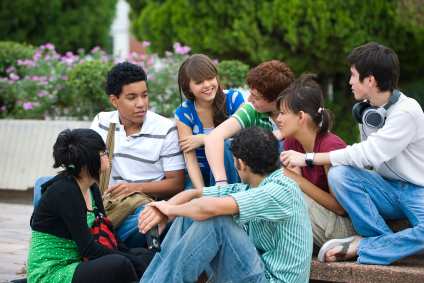 Drug abuse inhalants: What is under the kitchen sink, or in the junk drawer, or lying about on the work table can potentially be abused by someone wanting to get high.

The consequences can be fatal. We bring up the subject of inhalants because it isn’t just the street drugs, or prescription drugs, or alcohol that raises concern for parents, teachers and the community.

We don’t think of common household products as being a target for abuse, but among teenagers, the use of inhalants has actually risen, while the use of many other illegal drugs has declined. Drug abuse inhalants are on the rise.

Dr. Nora D. Volkow, director of the National Institute on Drug Abuse (NIDA), points out that an “alarming and unacceptable” trend has taken place, and that 17.3 percent of eighth graders have tried inhaling “spray paints, nail polish remover, lighter fluid, glue, marking pens, aerosols, cleaning fluid, or other volatile substances” at least once.

Kids don’t get it

Equally as troubling is the percentage of teenagers who acknowledge that inhalants are dangerous. Most recently 38.7 percent of teens surveyed said that there was danger involved with using inhalants, whereas in 1995 of the 10th graders responding, 42 percent had acknowledged the danger.

That means more than half of those kids see no problem. Awareness of the problem is fading. Kids just don’t see drug abuse inhalants as any big deal. The NIDA is not taking this trend lightly.

Drug abuse inhalants are easily accessible. Adolescents can’t buy alcohol, but some of the common household products, when sniffed, can produce similar effects. The user gets a sense of relaxation, mild stimulation, their inhibitions are lowered and the effects only last a few minutes.

One time use can be harmful

It’s hard to conceal alcohol use, but with inhalants, there is no telltale sign. But Volkow warns that even one-time use of an inhalant can potentially be extremely detrimental to the health of the user.

“Organs at risk from inhalant abuse include the lungs, brain, liver, heart, and kidneys,” Volkow explains. “From 2001 to 2002, the Nation’s emergency departments reported a near tripling of the number of people requiring medical treatment after inhalant abuse (from 522 to 1,496).”

Parents of teenagers are probably not completely aware of all the health hazards associated with their children abusing inhalants. The NIDA offers detailed, scientific information for parents at

Recently we were working with some friends who are missionaries in Senegal Africa. Dakar is the capital of Senegal and often children from rural areas are stolen and brought to the city to work. Many of these children are addicted to inhalants, glue sniffing, because the drug is SO cheap even they can afford it.

Glue sniffing destroys their brain and leaves them suffering and unable to function. Because of their terrible circumstance they usually die on the street.

This local group is trying to help them but it’s an extremely hard addiction to stop. They are able to get the glue so cheaply that they can’t help but start using again.

Parents are encouraged to learn the facts.

For example, there are serious and irreversible consequences to using inhalants, such as hearing loss from inhaling the fumes from spray paint and glue. Hearing loss can also be the result of inhaling correction fluids or dry cleaning solvents.

These same chemicals can cause brain damage, central nervous system disorders. Less serious effects would be kidney and liver damage, but only in the sense that they might be reversed. Varnish removers and paint thinners can cause blood oxygen depletion.

Adults must to pay attention

Kids are always experimenting drug abuse inhalants are not something to experiment with. For example, a seventh grader told his basketball coach that he wanted to find out if staying awake for 72 hours would cause a person to hallucinate. Fortunately for that seventh grader, he has parents who are paying attention.

But that same child is very likely to consider using an inhalant, just to see if he can get high. Lori Whitten of the NIDA Notes staff writes:

“Two million teenagers in the United States have sniffed or inhaled a substance such as glue, gasoline, solvents, nitrous oxide, or spray paint to get high.

Most young people who engage in this dangerous practice give it up over time, but a minority go on to develop serious problems with inhalants, greatly increasing the chances of permanently damaging their health.

In a recent study of survey data, NIDA-funded investigators showed that the youths who progress to regular inhalant abuse and dependence tend also to exhibit a set of other problematic behavioral characteristics.”