In Too Deep – My Addiction Story 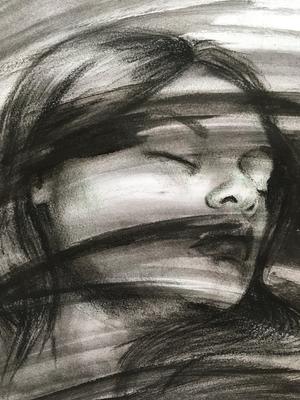 My journey with dependency began 15 years ago, in that time I’ve become a master deceiver – I’ve deceived friends and family but mostly I’ve deceived myself. For so long I told myself I that I have an addictive personality – that, for some reason, sounded less harsh than admitting I was an addict.

I’ve always been an extremist – an all or nothing type of person, some call that an addictive personality type. I feel too much or I’m completely anesthetized and numb, I work too hard or not at all, I exercise 7 days a week or maintain complete lethargy – balance has been a continual struggle for me.

I’ve always had an unconventional approach to life, I was happy to stand out – be different and I thought using encouraged my creativity and individuality. I thought I had gained entry to a world that people less interesting or brave would never experience. I was so busy trying not to be everyone else that I lost myself.

Deception presents itself in many forms, but the most destructive form for me was in the subtle moving of goal posts and in broken promises to myself. Before I used for the very first time, on my 18th birthday, I educated myself on what the enticing world of drugs had on offer. I have a curious, questioning mind that wants to experience life to the full and it was the mysterious unknown that initially enticed me.

Having read up on what was available, how they were manufactured and what effects were experienced, I identified my drugs of choice. I was and have long maintained the bare-faced lie that I was in control because I was a “discerning” drug user and I’d set myself a few ground rules. 15 years is a long time and gradually I began breaking those rules, moving the goal posts – after all, how could I not allow myself some leeway when an inflexible, bureaucratic society was what I was defying?

Quickly those goal posts were moved and I found myself using every Friday and Saturday which rapidly became every weekend – could I help it there were so many events to go to? And besides, what were weekends for if not to escape the mundane routine of a work week?

Another rule I originally gave myself was never to use during the day but, once again, who was to blame if last night’s party trickled into the next day or if I was at a festival where days and nights became indistinguishable. I continued in this vein for 6 years, always promising myself I’d be fine and that my dabbling was recreational if I maintained my discernment and stuck to the basic outlines of my rules.

In 2007 I moved from Durban to Johannesburg – I loved the raw energy of the city and the pulsating undercurrents that permeated the concrete pavements. I fell in love and for a long time I believed my relationship was my saving grace – little did I know I was replacing one addiction for another and relying on a different type of dependence.

I’d always been a bit of a binge drinker but surely the occasional inebriated evening couldn’t hurt? Alcohol was, after all, far more socially acceptable and what kind of boring person were you if you didn’t drink?

Alcohol became a daily constant in our lives and with the ever increasing quantities, we both became more and more unhappy. We found fault in work, in life generally and inevitably in our relationship where, in fact, the fault lay within ourselves.

After a 4 year relationship, and a 2 year marriage, we decided to part ways – I was numb... to most emotion and substantiated my decision by my disregard in convention and not wanting a monotonous existence defined by a “white picket fence and 2 ½ kids”.

The following 3 years really established my addiction – I was immediately propelled into another relationship, one which fed off both our weakness for substance abuse and became incredibly destructive.

We alternated between our individual bad days and used together believing we were supporting each other – this was when our usage became a daily occurrence. Initially we just used at home – a reward for a long, hard day but often we wouldn’t sleep at all and I was exhausted the next day at work and that’s when I introduced my addiction into my working life.

Although we continued this for over a year and a half I never truly viewed our usage as a problem. I had a fantastic job that I was really good at and I still hadn’t broken my cardinal rule of not using alone or scoring by myself…

No real relationship can withstand substance abuse – there are too many lies, too much trust lost and I relished the opportunity to take stock in self-discovery after our relationship ended. For the first time in my life I moved into my own beautiful apartment and I was ecstatic that I could finally live by my own rules! This was going to be the change that I needed… Except it wasn’t – instead of my processing and reflecting on the last few traumatic years, living alone served to magnify and compound my addiction.

Moving is always exhausting so I promised myself that I would use during the move to sustain my energy levels – after I settled it would be a completely new start. But old habits die hard and instead of abstaining my usage increased, having no one to answer to. Yes, I was using and scoring alone but I still had my great job, hadn’t stolen anything from anyone, hadn’t sold any of my possessions so surely I was still in control of my drug use? The goal posts had moved yet again.

Using daily and living alone I became increasingly self-aware and anti-social – my cynicism multiplied ten-fold. I began withdrawing from the people around me and perceived the majority of humanity to be pretty awful. Surely it was everyone else – it couldn’t possibly be me??

It was at this stage that my work life really began to suffer – I was burned out and over analyzed every aspect of my job making the most simple of tasks impossible to complete. Everything became a herculean effort, every aspect of my day loomed over me like Mount Everest. My addiction was crippling me and I was terribly lonely.

Colleagues began to notice the changes in me and my productivity but deeply entrenched in my denial, I continued to weave my webs of deceit. After days and weeks of no sleep I couldn’t face being in the office and desperate to escape its confines I told an elaborate lie about my sister being involved in an accident.

That specific thread began to unravel when my lie was exposed and my company then approached my family to step in and get to the bottom of what was happening with me.

My parents are incredibly supportive and were willing to help me in any way they possibly could – all they wanted was for me to get better. As exhausted as I was, as desperate as I was, I still refused to admit to my addiction. I was bought home to recover for a month and continued to use throughout but couldn’t wait to return to Johannesburg and only have to answer to myself. I went back toward the end of January – intending to return to work but this time with no desire for a different way of life.

When I returned I was given the option to continue or to leave but be paid for an additional 2 months – I wouldn’t have to work but I would still have money? I jumped at the opportunity - besides I believed it was time to move on anyway and start over in the UK. Prior to my move I had a friend from Wales come over and stay with me.

Although I kept my addiction hidden for close on 2 weeks, spending every day together he eventually began to suspect I had a problem and confronted me. Still, I continued my denial but he wouldn’t let “sleeping dogs lie” and decided to voice his concerns to a close friend of mine. Sharing his concerns for quite some time, together they held an intervention and pressured me into admitting to my problem – I have always had the ability to express myself well but those few words were the most difficult words I will ever say.

We went down to visit my parents while I waited for my visa and my friend stayed with me and supported me through my period of withdrawal. It was awful, I was awful – I was in emotional and physical pain and was verbally abusive to everyone around me. But slowly I began to feel better, 1 day became 1 week and then 2 weeks and finally a month – had I finally beaten my addiction demons??

Feeling like a changed person I believed I was ready to embrace a new way of life and living – all which would be cemented by my moving to the UK. But I struggled to find work without a passport or work visa and days became endless and monotonous and I lost my new-found handle on meaning.

Although I didn’t relapse I decided to return to South Africa, to my ever suffering family who have always laid strong foundations as my support base but still I struggled to make sense of it all. I couldn’t grasp the reasoning behind my enduring this 15 year journey of self-destruction.

This week I attended my first NA meeting and although overwhelming I truly believe I have finally begun my journey of recovery. Hi, my name is Kerrin and I’m an addict – I admit I was powerless over my addiction and that my life had become unmanageable. I have moved cities, towns, provinces and continents in a bid to increase my knowledge of the world and still a restlessness within my soul but no matter how near or far I went I was never able to find that peace within myself.

I now embark on a new path… one of balance and acceptance where I take each day individually – whether it presents itself as a blessing or a curse and learn to appreciate the many peaks and troughs that punctuate this crazy thing called life.