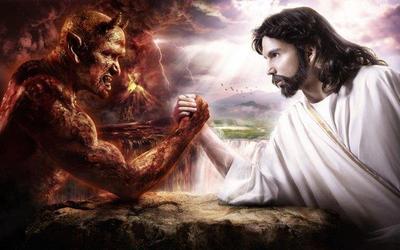 Only light drives out darkness

I began to be jittery in the morning.

Liquor ceased to be a luxury; it became a necessity. Gradually things got worse. As we became subjects of King Alcohol, shivering denizens of his mad realm, the chilling vapor that is loneliness settled down. It thickened, ever becoming blacker.

If there was a Devil, he seemed the Boss Universal, He was on different footing. His roots grasped a new soil.

An all night place supplied me with a dozen glasses of Vodka. My writhing nerves were stilled at last.

Should I kill myself? No not now. Then a mental fog settled down. Vodka would fix that. So two bottles, and oblivion. The remorse, horror and hopelessness of the next morning are unforgettable, awakening to face the hideous Four Horsemen - Terror, Bewilderment, Frustration, Despair.

No words can tell of the loneliness and despair I found in that bitter morass of self-pity. Quicksand stretched around me in all directions. I had met my match. I had been overwhelmed.

Alcohol was my master. An illness of this sort and we have come to believe it an illness involves those about us in a way no other human sickness can.

It was only a matter of being willing to believe in a Power greater than myself. Nothing more was required of me to make my beginning. We learned that we had to fully to our innermost selves that we were alcoholics. This is the first step in recovery.

The delusion that we are like other people, or presently may be, has to be smashed. At the hospital I was separated from alcohol for the last time. Treatment seemed wise, for I showed signs of delirium tremors.

There I humbly offered myself to God, as of then I understood Him, to do with me as He would. I placed myself unreservedly under His care and direction. I admitted for the first time that of myself I was nothing; that without Him I was lost, asking only for direction and strength to meet my problems as He would have me.

Never was I to pray for myself, except asking God to remove the wrath of Satan and the bondage of alcohol as my requests bore on my asking only for direction and strength to meet my problems as He would have me. I would enter upon a new relationship with my Creator; that I would have the elements of a way of living which answered all my problems.

Belief in the power of God, plus enough willingness, honesty and humility to establish and maintain the new order of things, were the essential requirements. Simple, but not easy; a price had to be paid. It meant destruction of self-centeredness. I must turn in all things to the Father of Light who presides over us all.

These were revolutionary and drastic proposals, but the moment I fully accepted them, the effect was electric. There was a sense of victory, followed by such a peace and serenity as I had never know. There was utter confidence. I felt lifted up, as though the great clean wind of a mountain top blew through and through.

God comes to most men gradually, but His impact on me was sudden and profound. The day was January 19th approximately 9:03AM. I've never had an urge to drink since.