by Patrick A. Roland 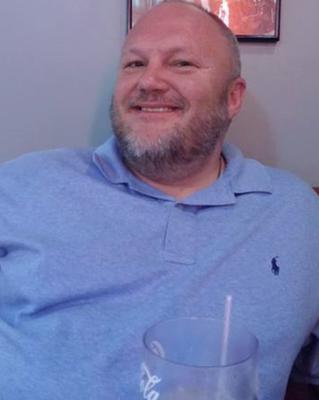 My partner is not here any more; but I am.
I'm going to celebrate two years of sobriety this week. He doesn't ever get to celebrate anything ever again. Because drugs killed him. I won't let them kill me, too.

I found his cold, dead body on the floor of his bathroom one January morning while I was getting ready for work. There was a caked over pool of blood trickling out of his mouth. I will never forget the sight of it.

I knew instantly drugs had killed him. It would be months before the autopsy said that - a sudden heart attack caused by meth toxicity - but I knew. It would also be months before I would get sober. I had my own dance with death to reckon with. But I did.

After I found my partner dead, the police told me I had no rights in my own home. This was months before gay rights were legalized in America. There was another hiccup - my partner had never come out, nor had he ever told anyone about me. Needless to say, his family wasn't too thrilled to learn about me. Instead of embracing me, they pretended like I didn't exist. They ravished our house hours after his corpse was taken out of it.

They took just about everything that wasn't nailed down. What I returned to was a mess. It looked like a crime scene. They even left the caked over pool of blood for me to clean up. It felt scary and unsafe to me. I knew I couldn't live there any more. I was forced to move. They had also disinvited me to his funeral. I was told if I showed up at the church where it was being held they would inflict bodily harm upon me. Now I was basically homeless and stripped of my right to grieve. All of this happened within 8 days of his death. That would probably do anyone in.

I don't know if I was an addict before he died, but the whirlwind of all this hurt and pain turned me in to one very quickly. He and I did drugs together but it was always contained. We always stopped when the weekend was over and resumed our normal weekly work life. Well, I did. I know now that he was using a lot more than I knew about. But with him gone, I didn't have any reason to live, let alone stop when the weekend was over.

I set upon a dangerous course to kill myself with drugs. I ended up in a psychiatric ward on the very day of that uninvited to funeral because I swallowed so much meth that I blacked out. I was found knocking on people's doors asking to talk to my dead partner. I still don't know where I was or how I got there. I wasn't wearing shoes either.

This behaviour lasted a year and a half. As my grief became more complicated, my addiction grew. It was like being suffocated by an elephant. A large, unwieldy elephant that wanted me to die. I started doing all the things I said I would never do, and soon I was using every day, allowing myself to sink further and further into lows I never imagined possible.

Around this time, I turned 40. Somehow I decided it would be a good idea to travel to Las Vegas to see Britney Spears and Mariah Carey in concert as a gift to myself. But here's the problem: I was such a hopeless drug addict by this point, I couldn't do anything or participate in life without being loaded. So I spent the whole trip in my hotel room on the 26th floor of a casino hotel doing drugs. I did attend the Britney concert and briefly left the room to go to the Mariah Carey concert, but guess what? Six songs in I was just DONE and I had to go back to my room and smoke more meth.

So now I've totally bungled the whole reason I've come on this whole sordid and now wasted trip to Vegas in the first place and I realized the window in my 26 story hotel room opened.

So I opened it.

I looked all around me and all I saw was the sparkle and grandeur of the Las Vegas strip. All around me was spectacular, blinding light; but there was none left inside of me. I decided that the only way I could be in the light again was to jump. For some reason though - God maybe - I called my mom and absolutely eviscerated her. Truth be told, she wasn't very supportive or loving in the aftermath of my partner's death. I called her every name under the sun, told her I was jumping out the window and hung up on her. Then I hit my pipe, of course.

Within seconds, there was a knock on the door. And I will never know how she found me - God again maybe - because I never told her where I was and she has dementia so I was sure she wouldn't remember anything I said anyway. It was the police. I knew I was done. So I surrendered.

What happened next tested what limited sanity I had left. I was forcibly hospitalized, or "Britney Speared" when I went to go see Britney Spears in concert as I like to say. But something magical happened to me in that psych ward. It was like I woke from the dead. I found myself again.

Here's the thing: when someone dies, especially someone super close to you like your partner, everything becomes about them. In the act of grieving him - possibly because I wasn't ever allowed to do so properly or publicly - I totally forgot who I was. I stopped living too. But the gravity of this situation jolted me back into reality. I realized life was not only worth living, but that I was worth fighting for again. I don't even know how either. It was pure instinct in those early days. Hope in its purest form.

I also got a diagnosis in this hospital that has been key to my long-term sobriety: I'm bi-polar. The very fact that I already have a symphony of voices trying to cause my undoing on the daily living with mental illness means a have to be vigilant about self-care. And doing a drug that keeps you awake for days on end that makes you see shadow people and hear strange voices when psychosis sets in does not seem like the correct way to manage mental illness.

Suddenly I was living my truth: I was a gay, bi-polar, alcoholic, drug-addict widow and I was going to do everything in my power to stay sober, happy and healthy. And all of that may sound really crazy and overwhelming, but the way I look at it is I can only be me. This is who I am so I better own it. If I can't love myself, how can I expect anyone else to love me? And so I do; exactly as I am.

One of the first things I did when I got home from Vegas was start grief counseling. My new grief counselor felt like she could help me manage the grief - and she did, finally - but that I needed the support of a 12-step group to manage the addiction portion of my issues. So I started going to a meeting to placate her. I wanted to get over the grief, but I wasn't sure how I felt about The Program. I had been before and always  been derailed by people, places and things.

I asked God to help me. I stayed and I fought and I learned how to love myself. I also learned that if I change from the inside, everything seems different on the outside, too. I put on a pair of sparkly shoes I had bought for that barely attended Mariah Carey concert and I walked in to the rooms of Crystal Meth Anonymous. I had bought them hoping Mariah would see me in the audience. Though she didn't get the chance, my new 12-step family did. These shoes symbolize my experience, strength and hope. I made the choice to save my life. One meeting became two, then three, and so on.

I got a sponsor, i joined a men's group, I worked the steps and I met hundreds of friends in the rooms who instantly felt like family. We share a dream of a sober future together. We love each other unconditionally. I got healthy here. It was soon time for me to put my hand out and help another person. So I did. And another one and another one and so on and before I knew it I realized that light I so desperately wanted was not only around me; it was inside of me.

And so instead of jumping out of a window I got sober, I found the light from within and in doing so, I finally learned how to fly. Now I sparkle just as bright as every light on the Las Vegas strip. Happiness is an inside job. Long term sobriety is worth fighting for.

I wrote Unpacked Sparkle and decided to release it because I know there are a lot of other people out there who are beautifully broken just like I was. I felt like I moved through pain into my power to help the next person through their own journey to self-acceptance. Know that you can accomplish anything you set your mind out to do; but also know that you have to be willing to work for it. You are so worth it.

I'm not saying that every day in sobriety is perfect, because life is life. But I am saying that my worst day sober is better than my best day using. At least I get to be here to have good and bad days. My partner doesn't. And as long as that is true, I will continue to fight for my sobriety. For both of us. Because life is a gift and I am grateful for every moment of it.

For more information or to connect with Patrick please visit:


Do you have a question or story? It's easy to ask your question or submit your story. How? Simply click here to return to Al-anon.