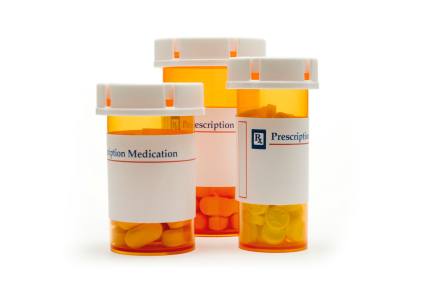 First things first… Hydrocodone abuse is best understood by knowing that it is a narcotic and can be habit forming. NFL superstar Brett Favre sustained an ankle injury in the mid-1990’s and was prescribed Vicodin to help control pain.

The active drug in Vicodin is Hydrocodone, a opiate analgesic (narcotic). Favre, who became an addict, started out using the prescribed amount, but over time, as his pain continued game after game without any rest, he took more of the drug to control it. Soon he was experiencing negative side effects and developed a dependence on the drug. He needed help to stop using.

Hydrocodone is prescribed for the relief of moderate to severe pain, and in combination with other drugs to relieve cough. The drug causes change to the way the brain and central nervous system react to pain.

When used for coughing, the amount of Hydrocodone in the medicine directly impacts the area of the brain that controls coughing. Because it impacts the brain and central nervous system, the opportunity for Hydrocodone abuse is clearly apparent.

If one pill makes me feel good, then two should make me feel better. It’s VERY easy to abuse this drug.

Only Take What Is Prescribed

The drug is given in tablet form, but also found in capsule, syrup or clear liquid. It can be long-acting, and the patient is directed to take the drug once every 12 hours. However, if the patient does not receive the desired relief, it is not proper to take more medicine. That’s where people get into trouble. There is risk of overdose when taking more drug than prescribed.

Hydrocodone, because it is an opiate, can cause a substance abuse disorder in the person taking the drug. Not everyone who takes this drug will develop dependence, but people who take too much often are in jeopardy. Hydrocodone abuse can come on quickly, without the patient even knowing that they are getting into trouble, as was the case with Brett Favre.

Hydrocodone abuse is wide spread because it is used as a recreational drug, second only to its cousin Oxycodone, the drug in the brand OxyContin. Law enforcement officials seize this drug routinely from street vendors and users who get caught without a prescription.

Abuse is ANY non-prescribed use.

The bottom line is Hydrocodone abuse is any use of the drug outside the strict outline by the prescribing physician. Taking too much or taking it too often is abuse.

Responsible physicians take great care in selecting exactly the right medicine for patients. It an opiate analgesic is prescribed, it is done so with very clear guidelines to avoid complications.

Hydrocodone abuse, under most circumstances, begins with the individual who is prescribed the medicine. They may leave some in the bottle where family members can get a hold of it, they may give some to a friend, or they may sell it. That is where the majority of the drug comes from on the streets.

Moms and dads can be careless. Young people see opportunity and may take to selling it. Any way you look at it, Hydrocodone abuse is no laughing matter.

What to do if you or your loved one is abusing Hydrocodone.

This is an important question because people want to believe that they can solve their own problems and pull themselves up by their own bootstraps. They can stop using anytime they want to. Sadly however, if you’re like most people, this fighting spirit doesn’t work with abuse and/or addiction and you will continue to use.

It’s important to realize that addiction can not be cured, it can only be controlled. Once the Hydrocodone is out of your system, and once the medical aspects of your addiction have been addressed, there is still a management issue.

That’s where treatment programs come into play, because treatment is designed to equip addicts how to manage their behavior. With any opiate addiction, relapse is usually common when you’re trying quit using, expect relapse but don’t give up because of it!

Self awareness is an important component here. People use for a variety of reasons, but mostly to either feel better or to party. Addicts need to feel better.

They need the drug just to get by. What is missing, what are the voids in their lives that create the urge to seek the drug as a solution? Even after they have gone through detoxification, there is still that pattern of behavior to deal with.

The second step to break the Hydrocodone addiction cycle says that:

“We came to believe that a power greater than ourselves could restore us to sanity.”

That’s the key to breaking the Hydrocodone addiction cycle. We are not able to control our behavior and we know we need outside help. For theists, that power is God, however they understand God. For atheists, that power has to come from something else. If there is no power greater than one’s self, perhaps the power is an intellectual construct, a principle, a power that comes just from believing in something. We are all body, mind and spirit. However you define that greater power, it is something that affects the spirit.

Opiate abuse and/or addiction is nothing to fool around with, if you suspect that there is a problem you are likely to be right. Start by find AA, NA or Al-anon meetings in your area and going to the meetings. The people there have HUGE amounts of experience and can help you decide your best course of action.

If you begin to attend meetings daily you will begin to LEARN what you need to do to move forward and to end the cycle of abuse.

For more about Hydrocodone Abuse please visit our home page.


People need to know about Hydrocodone Abuse and Addiction before the casually take it for knee pain or other ailments. They may become addicted to it much more quickly than they think.

The more you know about Hydrocodone Abuse the less attractive these prescriptions medications for pain become.

Most who take these pain pills know almost nothing about Hydrocodone Abuse and as a result some will become drug addicts before they can stop it.

Kids hearing about Hydrocodone Abuse and it's consequences should alert them that taking Hydrocodone is similar to taking any other opiate including heroin.

Hopefully, we'll get answers to these questions soon!