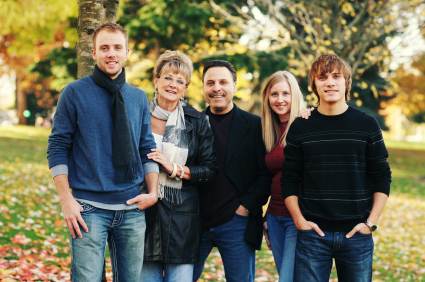 Here is more information about Addiction parents should know.

Are younger children exposed to drugs?

The worst thing parents of pre-teen or younger children can do is assume that their child is not going to be exposed to drugs:

In your own neighborhood

Drugs are everywhere and predatory dealers are looking for younger and younger customers, parents need to be always on the look out for it.

The idea of a young child taking drugs is frightening, but equally as alarming is the knowledge that kids, even little kids, have about drugs. They can tell you about cocaine, or marijuana, or heroin or any of the other drugs sold on the street.

Consider this: half of all children will try drugs before they get out of high school. Half! Can you say with complete certainty that your child will be among the 50% who do not try drugs at least once?

If there is even the slightest chance your child might make a bad decision in a moment of weakness, you need to know what to do.

My wife grew up in a large urban area. Her family lived in the city and later moved to a suburb when their financial situation improved. She clearly recalls knowing kids in her elementary schools that took drugs, both in the city and in the suburb.

She was one of the 50% who did not use drugs, but her brother, who was seven years older, used drugs regularly when he was in the suburban high school.

As it relates to Addiction parents need to recognize that each child is an individual and that life experience for one may bear no resemblance to the experience of the other. If the older one never uses drugs, don’t assume the younger one will not use drugs either.

According to Dr. Allen I. Leshner, director, National Institute of Addiction (NIDA), the first thing parents need to understand is WHY their kids would consider taking drugs. He offers that researchers have identified more than 50 factors, which are found at several different levels—individual, family, peer group and broader community.

Here are some of the factors about Addiction parents should look for:

- Too much free time

Parents need to understand the risk factors. Keep your eyes open. There are a couple of reasons why children will take drugs. Let’s divide kids into two groups:

The second group is the kids who want to feel better. They might have emotional or mental issues, or they come from an abusive home, or something else is not right, regardless of how loving and supportive their parents are. They want to feel better, or just feel “normal.” They are self-medicating to feel better.

How do you know if your kids are using?

- Look for the signs like mood changes, or changes in energy levels.

- Do they have redness around their eyes?

- Have they stopped eating?

- Are they keeping up with their homework?

- Are they more secretive?

- Have they changes friends?

To discuss Addiction parents need quality time with their children. Try to draw them out and see what’s going on in their lives. Get smart. Don’t assume Little Johnny or Little Jane isn’t trying something new, or won’t make a bad choice. The best drug prevention program is your job as a parent right at home.

We encourage you to look into drug prevention programs in your child’s school, or in the community.

If you suspect your child is self-medicating, get help from a professional!

If your child is abusing drugs, becoming addicted, or is already addicted, you can’t handle it alone. Your child needs help and you need help!!

You should consult your family doctor, who can give you a referral to a local drug counselor, psychologist or social worker. Addiction is a disease of the body, mind and spirit, so there are many people who are trained to help.

Some dangerous assumptions about Addiction parents can make is thinking the Addiction is a passing phase. Do you want to take the risk of your child falling into the clutches of addiction because you think it’s just a passing fancy?

They assume they can just handle it at home, maybe talk the kid out of using drugs. They don’t have training in handling drug-related problems and may lose a lot of time, while their child loses control.

Parents assume they are the right kind of parents whose children do not do “these kinds of things.” They have money, they have social position, they go to church every Sunday and so these problems happen to other families.

Some parents make another dangerous assumption; they might recall their own youth and rationalize their child’s Addiction by saying, “I smoked some grass when I was a kid and look at me, I didn’t become an addict.”

Know your kid. Be open to allowing your kids to talk to you and share themselves with you, without your correcting them or minimizing their concerns. Be the parent, an understanding and protective guide.

Don’t compromise your role by being their “buddy,” because you will lose perspective. Like a general directing his troops, take a step back and look at the field from a hillside. Know that the enemy is there and wants to strike your child. That is a reality.

Be in control. Be honest. Be alert. Be proactive.

Here is a question that we received from a parent:

How do I explain to my children that their dad is an "addict"?

Recently, my boys witnessed their father's overdose of methadone. They were visiting with him on vacation. While staying with their dad, they were unable to get him to respond.

They had to call 911. They witnessed the chaos of the EMT's/the hospital, their dad's coma, etc. I have a 10y, 11y and a 18y. My 18 year old son has resided with their father and he is completely aware of the situation.

We live about two hours away so after about two days, I made the younger sons come back home and get away from the hospital. I did not go, but my sister's had been taking care of the boys afterwards.

Anyway, to make a long story short, their dad is now awake and being sent home from the hospital. He has no drugs in his system and has been "detoxed" from the methadone. How do I explain to the little guys what it means to be an addict? I hear their dad is already acting crazy without his medicine. I have shut my phones off today, because I know he is going to be calling.

Pending any court hearings, etc, I am not planning to allow any type of overnight visiting. I don't believe he can really do anything about it.. He is broke. But my boys think I'm just being vengeful, etc. They hate this and I get all of the blame. How do I make them understand? I intend to hold out until he actually completes some sort of program toward his recovery.

Be Honest and Up Front
by: Ned Wicker

When I was in the seminary I took a course called “Dealing With Difficult People.” There was a saying that was used that has resonated with me for years, ever since I first read it. “There are no difficult people, just difficult relationships.”

Your youngest is old enough to understand some pretty grown up things, so be straight forward with him.

Explain that their father has a brain disease that robs him of the ability to make good decisions. It’s not his fault. It happened. If your kids play video games they will likely understand how difficult it is to stop playing. Or if you put a package of Oreo cookies out on the kitchen table and tell your kids they may only have one, that’s a pretty hard directive to follow. If one cookie tasted so good, then I want to have another, and another.

Nobody sets out to be an addict. It isn’t something you sign in your high school yearbook…”I’m going to be addicted to drugs.” Obviously, your relationship failed and the children bounce between two homes. It’s easy to use them against your ex, so you have to be careful to be supportive and to respect the fact that the kids need their father.

You can also explain that the entire family can play a part in dad getting better, but we have to do the right things. Maybe right now it isn’t safe to be around dad because he has a health problem and isn’t thinking clearly.

Kids are really smart. They know when you’re trying to dodge an issue. Just face it straight on, in an age-appropriate manner, and get them to help you help their father.

I would also call Al-anon and get some support for yourself. Al-teen would be good for the kids. The more you understand his experience and what he is dealing with, the better you can help the situation and contribute to building a healthy relationship between the kids and their dad. Again, be open, honest and don’t insult their intelligence. They already know something is wrong.

Thank you! My boys do know. They are very smart and I'm trying to be honest with them. They are angry right now, because they don't understand why I'm keeping them away.

I do know that they need their father, but I really want them to see a healthy father. I just don't know if that's possible.