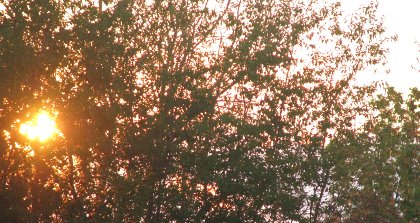 Marijuana Addiction Facts: It is Addictive!

Marijuana, like many other drugs, is addictive and harmful. According to recent research approximately 1 in 10 regular users will because physically addicted. Like other drug addictions it is a disease of the brain and withdrawal symptoms will occur is the addict stops using.

What’s interesting about Marijuana addiction facts is that due to the lobbing to legalize it; people think marijuana isn’t addictive or harmful. Growing this powerful green plant cannabis is actually legal to at least 5 states already for medical purposes. It seems that a good media campaign can convince anyone of anything, especially for those who are already using and predisposed to be deceived.

Because it is disease of the brain it acts like most other addiction. The addict will deny their addiction, they will have use more and more to get the same effect, withdrawal will occur if they stop using.

The debate over the legalization of marijuana rolls on. I read recently where one municipality is asking its police officers not to charge people for possession of small amounts of marijuana, mainly because all of the cases are cluttering the already overcrowded jails and court system.

Public opinion seems to be shifting.

Public opinion seems to be shifting and it would not surprise me if marijuana is legalized in this country for two primary reasons. In the 1920’s there was a nation-wide uproar over prohibition, creating a huge underground industry for bathtub gin and the crime that accompanies any underground market. People wanted their liquor and the law was so vastly unpopular, that the country felt liberated when it was overturned.

Desensitized to what right and wrong

Secondly, and this is what really bothers me, as a nation we are becoming increasingly more desensitized to what is right and wrong. People smoke marijuana to get high. There are other ways to relieve pain and nausea, so I don’t buy the need for “medical;” marijuana.

People want to get high, these are Marijuana addiction facts everyone seems to agree on. They will stretch the limits of reason, rationalize their butts off and concoct any sort of wild scenario to justify their actions. They want to get high and they want others not only to accept this fact, but to approve of it.
Could Legalize All Drugs?

Of course we could act to legalize all drugs, just to give the federal government something to tax. Taxes on cigarettes and alcohol generate revenue for the government, but what if they could become the exclusive distributors of heroin, cocaine and marijuana? They could tax the product and bring in billions. It would create a major public health calamity, but at least people could get what they want, right?

They would, naturally, control the distribution, maybe by creating drug houses in buildings zoned for business. The liberals could set-up a “safe needle” program, while the conservatives could claim victory for not raising local property taxes.

The lobbyists in Washington would not represent big business, but the drug cartels who import to the U.S. government, but hey, you wouldn’t have to see all those horrid PAC ads on television, or maybe you would. Marijuana addiction facts are ignored and politics is in control.
Many people WANT to get high!

People fall for these sickening cheap shot ads in every state, in every election. It’s coming folks, just wait and see what form the argument takes, but it’s coming.

Why not, everyone's doing it.

The age-old argument for legalizing this stuff is to say that everybody is doing it. If you say no, people will call you a Nazi. If I disagree with you, I am being hateful and divisive. Democracy isn’t just about the will of the people; it’s about making difficult decisions for the right reasons.

Legalization of marijuana and other street drugs will come before the congress in time and congress will have to make a moral and ethical decision. Hopefully they will understand the truth about Marijuana addiction facts.

This will be an interesting argument, because it doesn’t boil down to liberal and conservative, as much as it strikes at the very core of human nature. At some level, it is similar to the argument on abortion. It’s an easy issue to demagogue.

Am I my brother’s keeper? I have chosen, rightly or wrongly, to speak out against things I believe are ripping us apart as a society, and legalizing street drugs, starting with marijuana, is one of them. It’s not a good idea. I am not at all favorable to the beer and liquor industry. Please don’t tell me they don’t target young people. Spare me.

Attractive models in bikinis telling you to “man up” is appealing to 16 year-old boys. Trust me. Liquor ads that suggest that true sophistication is having a conversation while sipping their vodka tells young boys that they need to drink to be cool.

Notice how these ads target boys. If I were to suggest that beer and alcohol ads be removed from television, oh boy, can you imagine the kickback on that?

People will always drink and smoke. That might be true and I wouldn’t argue against that assertion. However, there is the other side of the coin and that opinion needs to be voiced. Just because something is legal doesn’t make it in your best interest.

The Bible actually takes a very liberal viewpoint on these matters. The Apostle Paul wrote that while something might be permissible (legal) it may not be good for us. Just because we can doesn’t mean we have to. Knowing all of the Marijuana addiction facts can help!

Law enforcement has been put into an unfair position. On the one hand, the law says marijuana is illegal, but on the other hand the society fails to see the harm and so has become desensitized to the danger. As law enforcement becomes more tolerant, the society pushed the envelope. It’s like asking children if they want oatmeal for breakfast, or asking them if they want candy.

Marijuana Addiction Facts include the pot is harmful to the persons thought process and motivation level.