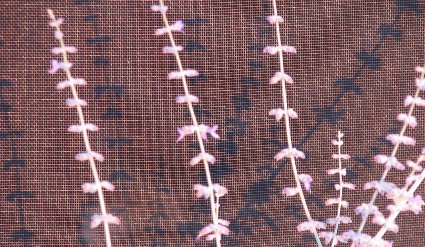 FACT: Marijuana is not harmless and it is addictive.

FACT: It is the most abuse d illegal drug in the United States.

FACT: Dried parts of the Cannabis sativa hemp plant are chopped up and most commonly smoked in a cigarette or a pipe.

FACT: Although there has been a push to legalize or at least decriminalize the use of marijuana, it is still a Schedule II drug and can pose serious health and social concerns.

FACT: Marijuana is a gateway drug, meaning its use can lead to the use of other, more potent drugs. Many people who are using stronger illegal street drugs started by using marijuana, tobacco and alcohol first. These are Marijuana abuse facts most who use want to deny!

FACT: Most people use marijuana to get “high,” which is a feeling of euphoria. Marijuana produces a similar intoxication to alcohol, a mellow feeling, relaxed, mildly euphoric. Because it is inhaled for the most part, marijuana intoxication can occur rapidly, as the drug enters the brain quickly. Marijuana can also be eaten. A common, but not funny joke is marijuana brownies, given to an unsuspecting victim. The intoxication takes longer to go into effect when ingested.

FACT: Some people use marijuana for “medical” purposes to control pain or other conditions.

FACT: To understand marijuana addiction, first consider that addiction is when a person can no longer say “no” to using the drug. They may claim they can quit at any time, but the truth is they can’t. Some kind of physiological or psychological dependence takes hold after a period of time, and maybe the person feels they have to use marijuana to feel “normal,” or sadly to feel “good.” Most don’t understand these keys marijuana abuse facts.

FACT: One of the side effects is marijuana can cause “the munchies,” a sudden craving for food.

FACT: According to the National Survey on Drug Use and Health, nearly 29 million people, aged 12 and older, abuse d marijuana in the past year. Moreover, the National Institute on Drug Abuse -funded “Monitoring the Future” study by the University of Michigan, showed that almost 14% of eighth graders, nearly 28% of tenth graders and nearly 35% of twelfth had abuse d the drug in the last year. These Marijuana abuse facts are sobering and show the harm pot is doing to teens.

FACT: The active chemical in marijuana is THC (tetrahydrocannabinol).

FACT: Marijuana can cause a person to lose track of their surroundings, become confused, but with others they seem to be more in tune and aware, so it is difficult to predict exactly what the drug will do in the brain of the user. Used with cocaine it can cause a person to become psychotic. These are marijuana abuse facts NO ONE wants to hear.

FACT: THC also influences the limbic system of the brain, which controls emotion. Marijuana users can be laughing one minute and paranoid the next. These Marijuana abuse facts aren’t funny but sad.

FACT: THC also impacts motor skills and coordination. Driving a car under the influence of marijuana, like alcohol, is a potentially deadly decision.

FACT: Long-term use of marijuana can impact learning skills, because of its impact on memory. It can lead to poor job performance.

FACT: The effects marijuana has on a person are individual, with factors such as age, sex, weight, genetics, and the [potency of the drug all factoring in to what happens.

FACT: Potency of the drug is determined by how much THC is in the marijuana. This is important because over the years the marijuana in the United States has been getting more potent. In fact, in the last 35 years or so, the potency of marijuana has more than doubled.

FACT: Because marijuana is more potent, there have been increased visits to hospital emergency rooms. People use more marijuana, more often, at a higher dose and the negative side effects follow. These are Marijuana abuse facts most who use want to deny!

FACT: Young people are at greater risk of developing THC dependence than older adults. Research also shows that adolescents are more vulnerable to addiction to other drugs as well.

FACT: Marijuana smokers may be more prone to developing lung cancer than non smokers, but there is no definitive evidence to support that claim. Marijuana smoke does, however, lead to respiratory difficulties and it irritates the lungs. Heavy marijuana users may develop a cough, or have more frequent colds. Marijuana smokers are also likely to smoke cigarettes, and the health risks of cigarettes are well documented.

FACT: Marijuana can produce other negative side-effects, such as depression, suicidal thoughts, personality disorders, and very commonly “amotivational syndrome,” which means people lose their drive, their ambitions. Because THC impacts the reward system of the brain, users want THC, not the rewards of achievement, relationships, love, etc. These Marijuana abuse facts are not well understood.

FACT: Marijuana smokers can experience withdrawal if they decide to quit. It’s like trying to quit smoking cigarettes, because people get irritated, they crave a smoke, and they can have anxiety. Because of this, relapse is common.

FACT: Marijuana abuse cannot be cured, just as no other drug addiction can be cured. But it can be managed. There is no magic pill to take, but there are effective behavioral treatments, just as there are for other types of addicts.

FACT: Marijuana is serious business. The growing, distribution and sale of marijuana in the United States is a staggeringly large criminal enterprise.

For more about marijuana abuse facts visit our home page.

Return to Marijuana Addiction facts to read why we don’t believe in legalizing pot.