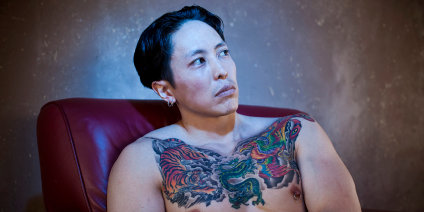 <FACT: During the American Civil War, Morphine was highly praised as a miracle drug that could be used on the battlefield by doctors trying to help wounded soldiers deal with pain.


FACT: Morphine had been developed by German scientists in the early 1800’s and it was said to be non habit-forming. They were wrong, as are many who first discovered morphine abuse facts.

FACT: Morphine did its job during the Civil War, but after the war it was discovered that many veterans, both North and South, were addicted to it, interesting Morphine Abuse Facts that many don’t know.

FACT: Morphine is a naturally occurring substance in the Asian opium poppy plant. It has been used for over 6000 years, mostly because the dried white ooze from the raw seed dries into a gummy brown substance that can be chewed, or smoked.

FACT: It was discovered early that the morphine produces a euphoric feeling and is helpful in controlling pain and since then many other Morphine Abuse Facts have been found.

FACT: Morphine, while useful, is easily abused, as it was smoked in opium dens, where people throughout history would go to enjoy the drug and get high.

FACT: Scientists in Germany continued to work on the development of morphine and in the mid-1800’s came up with an effective, sure-fire solution to the addiction problem. It didn’t work. It was called heroin.

FACT: When heroin is snorted, injected or smoked, it is converted into morphine when it enters the brain and is received by opiate receptors.

FACT: For medical purposes, morphine is highly effective in controlling moderate to severe pain, but is highly addictive.

FACT: The opium poppy plant produces two naturally occurring alkaloids, codeine and morphine. The codeine alkaloid is used for commonly prescribed pain medications such as Hydrocodone (Vicadin), Oxycodone (OxyContin) and Acetaminophen with codeine (Tylenol 2, 3,4). More powerful opiates, such as Hydromorphine and Oxymorphine, are derived from the other alkaloid, Morphine.

FACT: Taken as prescribed by a doctor, morphine should not cause addiction issues, but human nature always pushes the limits, as do many who avoid morphine abuse facts.

FACT: Morphine is still used to treat severe pain. It is used by the military and in hospitals and should never be used from the street.

FACT: Addiction to morphine, a narcotic, is a major health and social problem in the world. Heroin, which comes from morphine, enters the brain and is converted back into morphine. So, morphine addicts are actually heroin addicts, as are addicts of other opiate pain medications.

FACT: Abusers of morphine want the “rush” or “high” that the drug produces. This feeling of euphoria is followed by drowsiness.

FACT: Morphine abuse can cause respiratory failure, high blood pressure, cardiac arrest, coma and death most of the Morphine Abuse Facts are important and reasons only to take it in the hospital.

FACT: Users can develop a psychological dependence on the morphine. They must use in order to feel “normal.”

FACT: Morphine addiction can develop quickly or over time. Addiction means the user cannot stop. They might say they can, but they can’t. Addicts will lie, cheat, steal, rob and do most anything to satisfy their urges.

FACT: Morphine addiction is a brain disease. But understand that morphine abuse is not addiction. Morphine abuse can best be described as using the drug for other than prescribed, medical purposes.

FACT: Addiction is not curable, but it is manageable through treatment and recovery programs.

FACT: Many morphine deaths are the result of overdose. Users do not realize or understand when they have taken too much.

FACT: Addicts to morphine avoid treatment because they are afraid of withdrawal, which can be rather unpleasant but rarely fatal. They crave the drug and experience muscle and bone pain, insomnia, restlessness, nausea and vomiting, sweating, involuntary muscle twitches, dry mouth.

FACT: Morphine and other opiate narcotic withdrawal will usually peak between 48-72 hours after the last use. But withdrawal can last much longer, depending on the individual.

FACT: Morphine addicts will often relapse while in recovery. Addicts may have to go into treatment several times before success is realized.

That completes the information on morphine abuse facts, please visit our home page to learn more about drug addiction.