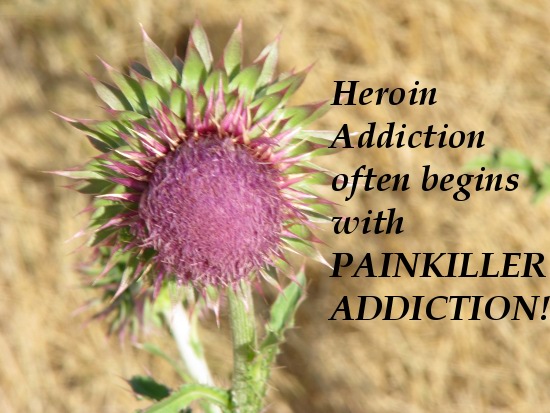 It can all start so harmlessly. Every day millions of people are given a prescription for pain medication to help them deal with moderate to severe pain. Taken as directed these medications are effective and do exactly what they are intended to do. However, human beings invariably push the limits on any good thing.

Painkillers that are most widely abused and lead to addiction are the narcotic medications that are prescribed by doctors for post-surgical pain, chronic pain and those drugs that have a sedating effect on the patient.


How does it happen?

To best explain
how people get into trouble, let me share an experience I had a number of years
ago with a woman, a mother of two, who had a knee operation. She had the procedure and the doctor told her
to stay off the leg for a few weeks. It
wasn’t a knee replacement; it was a reconstruction following an auto
accident.

She was given a prescription for an opiate pain killer. Not all surgeries go as planned, especially
when there is lingering pain. She did not handle the pain at all well, so she
began to push the limits of the prescription.
At first she would take the meds more often than prescribed, which led
eventually to her taking two pills instead of one. Even at twice the amount, her pain persisted.

Begins to run out of
pills early.

Her abuse of the
prescribed drug led to her running out of pills half way through the month, so
she had to get the prescription refilled, only the pharmacist said no. She decided to shop for another doctor and
get another script. You might have
heard talk about a national database for prescriptions.

Her case was the prototypical story of abuse and how people
will manipulate the system. Not only did
she get another doctor, she got a few. She had to drive to neighboring towns
and go so some length to collect her prescriptions, but she managed.

She had already built
up tolerance.

What she did not
understand at the time was that she had built up a physical tolerance to the
opiate. It would take more and more of
the drug to achieve the same effect. She
had also developed a psychological dependence; so long after the wounds had
healed and the knee was at full strength, she had to have her meds.

The drug abuse led to the brain being tricked into thinking
that it needed the medication to function.
Simply stated, her brain chemistry had changed. Painkillers mask pain, but even when there is
no pain, a patient might experience pain and think they need the medication.

Prescription pain medication is expensive. Soon the multiple
prescriptions would run out, so she had to look for yet another source for her
pills. The street was the obvious
choice. People who get prescriptions for
pain medications will often use a few, but after the pain goes away they don’t
use up the rest of the prescription.

They give the rest away, or some formulate criminal intent
and keep refilling the prescription to sell the pills on the open market. They will make a deal with someone to
purchase the remaining pills in a prescription at pennies on the dollar. She had no trouble at all finding a dealer
who would give her what she wanted only there was no insurance to pay for the
pills and the transaction was strictly cash.

The lies and stealing
begin

To get the
pills, this wife and mother of two actually took money from her children’s
piggy bank, sold her jewelry and set up her own drug dealing business. All this activity happened under the nose of
her husband, a police officer. Her abuse
of the painkillers had progressed to an addiction to opiates and her life
unraveled. Of course she was caught. She
went into residential drug addiction treatment.

Sometimes
painkiller addiction happens as the direct consequence of intentional
abuse. When abused, opiates can give the
user a “rush,” a feeling of euphoria.
People enjoy this feeling and want to repeat the experience. To achieve
this effect they take the drug in ways that were not intended.

A pill might be crushed, then snorted like cocaine and that
gives an intense high. The drug might be
dissolved and injected, like heroin, thus achieving intensity not possible by
merely taking a pill. The problem is the
pills cost too much and addicts who have lost their jobs, run through their
financial resources as the painkiller addiction sets in and they’re living day-to-day may turn to heroin and other
street drugs, because they are cheaper.

Only use as
prescribed by reputable doctor to avoid Painkiller Addiction

Regardless of
how the addiction starts, people need to understand that opiate painkillers are
serious medicines that require close supervision when prescribed. Doctors will do assessments to determine
whether or not a person is likely to develop addiction and if it is not possible
to prescribe the medication they will find alternative methods to controlling
pain.

However, no matter what precautions are put in place, no
matter how many times a person is told of the dangers of abusing opiates, some
people will not follow instructions.
They abuse the drug and that can lead to addiction. Others may just want a thrill and abuse the
drug and suffer the consequences. Either
way, prescription painkillers can ruin a life and destroy a person’s future.

That completes our page on Painkiller Addiction, visit our home page for more info.

Also visit Oxcontin Withdrawal if you are concerned about this.