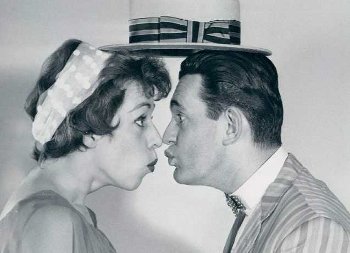 Substance Abuse Help: Out of the Ashes

The hardest part about Substance Abuse help is getting it, even though there is a lot of help available. It’s hard because the substance abuser doesn’t want help. I’m sure ANYTIME Carol brought up their drinking to her parents, they said they wanted to be LEFT ALONE.

Mind your own business!

For over 50 years I have enjoyed watching Carol Burnett. I know I’m dating myself, but I remember her days on the Gary Moore Show in the 1950’s, long before she became a television icon in 1967 with the debut of the “Carol Burnett Show,” featuring the likes of Harvey Korman, Tim Conway, Lyle Waggoner and Vicki Lawrence.

What is always interesting to me is the story behind the success of any individual, no matter their walk in life. Carol Burnett was the product of alcoholic parents and was raised by her grandmother.

Her parents were Ina Louise and Joseph Thomas Burnett. Mom was a publicity writer for the motion picture business, while dad was a theater manager. Carol came in 1933, but her parents divorced in the late 1930’s and Carol went to live with her grandmother.

So often with children of alcoholics, there is emotional pain and suffering. Although Carol’s grandmother was, from all accounts, a great lady, young Carol must have suffered from the divorce and lifestyle of her parents. Her bio includes a story about her imaginary twin sister.

A Child of her own!

Carol named her Karen, and she would fool neighbors by changing clothes and running in and out of their apartment, using the fire escape and front door. That didn’t last long because Carol said it wore her out, but it is very funny. Out of the pain and broken family life came an amazing comedic actress.

She actually entertained the idea of following her mother and becoming a writer. She attended UCLA and was going to major in journalism, but she got sidetracked and switched to theater arts, but she wasn’t going to act.

She was going to be a writer. When given the opportunity to play a bit part, the comedy came out, almost instinctively. The audience loved her.

In her bio it describes the feeling she got when the audience laughed. There had been an emptiness in her life and the laughter warmed her. It was only the beginning.

She eventually went to New York, found work in television and on the stage. Her incredible comedic talent would serve her well, but it came from her childhood.

Comedy is always predicated on a little bit of truth and human misery. Why else then would a pratfall be so funny? Well, it isn’t you, so it’s funny.

Children of alcoholics often become alcoholics themselves. Alcohol was their parents’ way of dealing with the pain, so there is both an environmental and a genetic factor involved. They are predisposed to becoming alcoholics. They are hard wired to this predisposition, so they become alcohol dependent, while others can have a few drinks and walk away without any complications.

Obviously Carol Burnett’s parents were talented, intelligent people, with mom being a writer and dad a manager. Alcohol certainly didn’t define them, but it shaped their daughter. Alcohol wasn’t who they were, but the disease consumes its host, so alcohol eventually takes over.

Both Died From It

In 1954, the year Carol moved to New York, her father died. The complications from his alcoholism had taken their toll. Her mother died three years later, just as Carol was becoming a star.

During that period of her life there was this explosion of creative genius, as she developed characters and gags that would later define her television success. Clearly, she took the emotional pain and suffering and channeled into her comedy. There is a kind of emotional depth that her little cleaning lady character stirs up in her audience.

Like Charlie Chaplin’s “Little Tramp” character, Burnett’s cleaning lady evokes sympathy along with laughter. She has over the years overcome that pain. Carol’s affection for her grandmother was always apparent during her performances, as she would gently tug at her ear, a signal to her grandmother that all was ok and that she loved her.

Her parents were alcoholics, who divorced before she was even 10 years old. The odds were certainly against her. The odds were slanted towards her becoming an alcoholic too. But out of that rubble came a comedy icon. Out of the ashes came a star.

Burnett became known for her acting and talent, and for ending each show by tugging her ear, which was a message to her grandmother who had raised her. This was done to let her know that she was doing well and that she loved her.

A true variety show in its simplest of forms, The Carol Burnett Show struck a chord with viewers through parodies of films (“Went With the Wind” as a parody of Gone With the Wind), television (“As the Stomach Turns” parodying of the soap opera As the World Turns) and commercials.

Burnett and team struck gold with the original skit “The Family”, which eventually was spun off into its own television show called Mama’s Family, starring Vicki Lawrence.

The show also became known for its closing theme song, with the following lyrics:

I’m so glad we had this time together

Just to have a laugh or sing a song

Seems we just get started and before you know it

Comes the time we have to say, ‘So long.’

During the show’s run, Burnett’s grandmother died. During a biography on Burnett, she tearfully recalled her grandmother’s last moments: “She said to my husband Joe from her hospital bed ‘Joe, you see that spider up there?’ There was no spider but Joe said he did anyhow. She said ‘Every few minutes a big spider jumps on that little spider and they go at it like RABBITS!!’ And then she died. There’s laughter in everything!”

The Carol Burnett Show ceased production in 1978, and is generally regarded as the last successful major network prime-time variety show.

It continues to have success in syndicated reruns. She was open to her fans, never refusing to give an autograph and had limited patience for “Those who’ve made it, then complain about loss of privacy.”

Her Daughter Was Also Effected

In January 2002, Carrie Hamilton(Carol’s daughter) died of lung and brain cancer at the age of 38. She had become addicted to drugs as a teenager. Burnett and Carrie wrote a play together called Hollywood Arms, which was adapted from Burnett’s bestselling memoir, One More Time.

Again, the hardest part about Substance Abuse help is getting it,

even though there is a lot of help available.

Their families see it but it doesn’t matter.

Their friends see it.

Their co-workers see it.

Their daughter Carol saw it and it didn’t matter at all!

They don’t see it and everybody else is wrong!

Actually, it is important that the addict see the problem. Without the buy-in of the addict, without him/her realizing they have a serious problem, no treatment is going to take place. They WILL REFUSE to get Substance Abuse help to matter what!

There is a television reality show called “Intervention” which documents the denial of addicts as they are approached by family and friends to seek help. In one episode, the Methamphetamine addict, who is destroying her health, her family’s property and all of her relationships, is steadfastly in denial that there is any problem of any kind and refuses Substance Abuse help.

She curses her family for bringing it up. On video, we see how selfish she has become because of the drug. She cares for no one but herself and her drug use comes before anything else. She refuses treatment. She refuses Substance Abuse help. Most everything she mutters is profane. She is completely lost.

The wake left behind a drug addict is the crushed hearts of those who see the problem, want to help, but on their own, for the best of reasons, likely contribute to the problem rather than solve it. In these shows, an interventionist is called in by the family, not just to confront the addict and coax them into rehabilitation, but to coach the family and teach them communication skills.

More importantly, the interventionist teaches the family boundaries, and how to stick to those boundaries.

Substance Abuse help is not based on enabling the addict; once rules are established they MUST be adhered to. If the rules are broken the addict MUST feel the consequences otherwise the family is going to enable the addict to continue using. No help is possible!

Substance Abuse is a community problem

Substance Abuse is not just a family problem. It’s a community problem and therefore, help from the community is a necessary ingredient for any addict achieving recovery. Families are too close to the addict.

They love that person, they care, they cry for them. Their loving regard for the addict blocks their objective thinking and prevents them from being the answers to the problem. They become enablers and feeding the problem. help from a professional is needed to treat all parties involved in the addiction.

Once the family and friends are onboard with the need for professional help, and new communication patterns and boundaries are established by the professional, “their” problem will become the addict’s problem.

Once the addict realizes that they have the problem, the first step towards recovery is taken.

When you need Substance Abuse help start learning everything you are able to about addiction.

Many find Substance Abuse help at AA, NA and Al-anon.

Finding effective Substance Abuse help can sometimes be difficult because each situation is unique and requires a unique solution.

Substance Abuse help assumes that the person seeking help is willing to stop using and wants to learn how live live without using.

What is Substance Abuse?

Is there a cure for Substance Abuse?

Alcoholism can be caused by a diseased spirit

Read these five pages and learn what you need to know to spot Substance Abuse in: