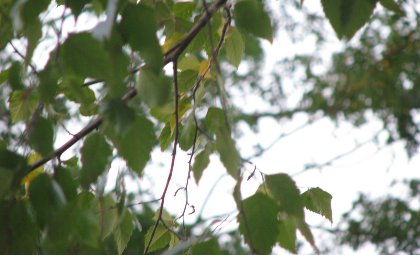 FACT: Valium is a brand name for the drug diazepam, which comes from the drug group benzodiazapines.

FACT: Valium is used to treat anxiety. It is not intended and/or needed for everyday stress.

With severe alcohol withdrawal, Valium can help relieve acute agitation, tremor, impending or acute delirium tremens (DTs) and hallucinations. Knowing these Valium abuse facts can help you understand why your doctor may be prescribing it for you.

FACT: Other drugs that are similar to Valium include Xanax, Restoril, Klonopin and Ativan.

FACT: Valium and alcohol do not mix, so it is highly advisable to avoid taking both at the same time.

FACT: Valium is also a drug of abuse and overdose can be fatal.

FACT: Pregnant women should not use Valium as it could harm the baby.

FACT: People with liver disease should not use Valium.

FACT: Valium can cause respiratory problems and low blood pressure.

FACT: Valium is intended only for short-term use. Unless a doctor specifically prescribes it, patients should not use Valium for more than three months. Likewise, patients who are using Valium need to consult with their doctor before they go off, as withdrawal symptoms can set in.

FACT: People abusing Valium may take unnecessary, or foolish risks. They may become agitated, hostile, aggressive. Valium abusers may become depressed and suicidal. They may experience unusual and inappropriate thoughts. They can have shallow breathing. These are valium abuse facts users a should be aware of.

FACT: Patients who use narcotic medications should discuss that with their doctor before mixing those meds with Valium. Side effects, such as seizures, anxiety, depression can occur.

FACT: Valium is not recommended for psychotic patients. Careful consideration needs to be given when Valium is to be used in combination with any psychotropic drug or an anticonvulsant, to avoid negative side effects.

FACT: Valium, like other benzodiazepines, requires precautions, especially when considered for patients that have been diagnosed with depression and have a suicidal ideation. If Valium produces an adverse reaction, doctors will discontinue the drug immediately. At particular risk are children and seniors.

FACT: Valium can be administered in lower amounts to patients that have breathing difficulties and may be at risk for respiratory failures.

FACT: Because Valium is addictive, it may not be recommended for people with a history of alcohol and drug abuse. The potential for serious abuse may outweigh the good it can do. These valium abuse facts need to be considered before you start using valium.

FACT: People can build up a tolerance for Valium over time and its effectiveness can diminish.

FACT: Doctors will carefully monitor the use of Valium due to its potential for developing physiological and psychological dependence.

FACT: Valium can cause blurred and double vision.

FACT: Overdose of Valium ranges from mild to severe. Mild would include confusion, lethargy and drowsiness. Severe overdose would show respiratory depression or failure, slow reflexes, sometimes coma and even death, although neither is common. However, if Valium is used in combination with alcohol, that dramatically increases the possibility of a fatal overdose.

FACT: Medical intervention is necessary in overdose cases and appropriate action will be taken, depending on the severity of the case.


My daughter is addicted to proxies & zanies, snorts & shoots up?

I need answers, my daughter snorts heavy drugs. Shoots up proxies a day
plus 5 Zanex a day. She use meth and any thing else she can get.

She
been on loiters for 10 years. She just got out of detox only 3 days
now we have her. She is so mean she disbarred her self in detox. Now
we’re on a waiting list for a bed in another facility. She is
threatening to go back to her drug life… it will kill her. I’m
scared… help!

What can I tell her to do??

Over the last 10 years, have there been any consequences for your daughter’s actions?

Obviously
the drug addiction causes severe health problems, but I’m talking about
her actions and the impact on your family. Obviously you are
suffering. It sounds like she has made her problem YOUR problem.

You
are the one worrying. She just wants to use again. All of her
decisions have been bad ones, but she is at home and you’re taking care
of her as best you can. You are her safety net. You need to make your
participation more productive.

I would suggest Al-Anon for you.
You need to learn what you can do and that isn’t just telling your
daughter what you want her to do.

Your daughter is “mean”
because anything that keeps her from her drugs is bad. But if she makes
the decisions, she’ll suffer, so you have to be in charge and not allow
her to manipulate you.