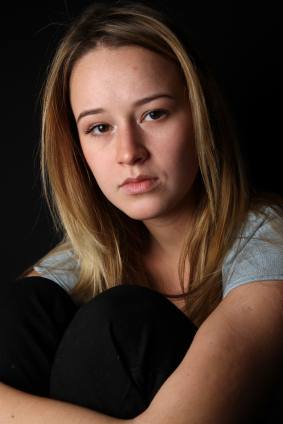 Here is a story of drug abuse that we received from a reader of the site. It is a true story about drug abuse and one that is being repeated every hour of every day.


If you want to truly understand drug abuse read this story from someone who lives in Indiana.

My addiction began with a guy I was with that was a heroin addict (yes not to smart I know).

Anyways I had a UTI and was in a lot of pain and he gave me a pill, that what I came to find out later, was Oxycotin.

I was so messed up that day!

I was slurring my speech, stumbling, and finally just passed out. I liked the feeling but unfortunately I had so many friends that were drug addicts that I didn’t want to go down that road.

However I quickly became addicted to pain pills mostly Vicodin. Then my addiction got worse. When I could not get pain killers I would fake an illness, UTI, kidney infection, IBS symptoms, anything that caused pain and head to a hospital.

As I remember I was an awesome actor and could most always score with morphine, or dilatid via iv. Since I had friends who were drug addicts I knew that a pain level of 8 or above would get me automatic narcotics. I would always leave high and by that time I loved the feeling!

My klonipin addiction started with an anxiety disorder. I took them exactly as prescribed for quite awhile. However I was in an abusive relationship and quickly realized that if I took enough klonipins then I could forget about the abuse even if it was temporary.

At the time I was taking 1 mg of klonipin prn. I started taking two and it would make me feel better but it was never enough because I was still anxious and totally stressed out. I went to the doctor and he upped my dose to 2 mgs. Klonipin prn.

When I took two of those, guess what, I felt a whole lot better and that was exactly what I was longing for. But the abuse continued and I started feeling bad again so I would take 3. 3 made me forget and by then that is exactly what I wanted like I stated earlier.

Started to take to feel better

It was always temporary but for me the effects of klonipin could still be felt the next day. So I still felt pretty good the next day even though I was coherent enough not to forget. I started taking klonipin every time I felt bad which was a lot because I suffer from major depressive disorder.

I would take 3 or more at a time and when I could I would add alcohol on top of that! It always gave me an awesome feeling. It would make me sociable where any other time I was shy and of course I forgot about all the pain I was feeling.

But the “forgetting” turned into black outs and severe memory lapses. I would forget about what I had done that night or day and by this time I was taking 3 or 4 kpins at the same time. I then realized I had a problem and got into an iop (intensive outpatient therapy) program.

But these programs seemed like a joke to me and so I still got high with my kpins. I recall one time coming in to iop high on kpins and one time I came in drunk, of course both times I thought I could get away with it but was sadly mistaken and asked to leave and come back when I was not under the influence.

So then I made sure I wasn’t high when i went to classes but was of course still abusing the klonipin. I recall one day I had been fighting with my ex boyfriend all day. I came home and took, I’m sure 3 or 4 klonipins. I went to my ex husbands house to pick up my girls and was noticeably high because my oldest told me I looked sick. I told her I was sick and to get in the car.

I should have left them both there and I feel extreme guilt every day for that. But at this point my addiction had taken over and the klonipin were making me feel invincible. I thought I could do anything I wanted and to heck with everybody else. The worst part is I don’t remember the drive home nor do I remember anything until my mom woke me up and told me that she was taking the girls back home to my ex husbands house.

I argued with her that I was going to take them home and she told me no I wasn’t because my pupils were the size of a push pin. I followed her back to my ex husbands house and was so out of it that I went to my ex boyfriends house and got in a fight with him.

Once again I did not remember the ride home until I got pulled over by the police and got a owi. Unfortunately none of this deterred me. I continued to use. I got kicked out of bars and almost got in a fight which is very unlike me all due to kpins.

It was not till a month later that I had to go to the hospital and then to rehab to detox because I had taken a whole 30 day script of kpins in 5 days!

The detox process was hell! I was so sick! I was there for 5 days. When I got out I was hell bent on staying clean, if for no other reason, than the most important one my kids. I have been clean now for 2 months now!

I am a recovering addict and am by no means better because with a drug addict you always want your drug of choice. But I have a good start and am taking it one day at a time.

What you need to know about drug abuse?

Drug Abuse is a chronic disease affecting the brain, and just about everyone is different. Alcohol and drugs affect everyone differently. Someone can use drugs, yet never become addicted, while another merely has one experience and is immediately unable to stop using. Drugs are never fair and predictable, different people will become addicted to different drugs.

Abuse/Addiction means having to use the drug(s) repeatedly, regardless of the damage it does to:

When drug abuse gets out of control, and people behave compulsively, no matter what happens to them.

When the person is no longer in charge, but the drug is in charge, they’re addicted. The won’t believe it, they will be sure it can’t happen to them. The say they can stop ANYTIME, but they really can’t they are now a drug addict.

The addiction will take over their entire life. Nothing else matters.

There are several risk-factors to think about drug abuse and addiction. First there is a genetic component, that is, what is passed on to you through your family in your genes.

– If your family has an addict in it, chances are you have that same predisposition.

– Type of personality contributes to drug addiction. The more anxiety and compulsive a person is the more likely they should be concerned about drug abuse and addiction.

Drug Abuse/Addiction occurs when the pathways in the brain, the brain’s communication system, are altered by repeated use of a substance. Some of the brain’s nerve cells, called neurons, use chemicals called neurotransmitters, which are released into the gaps, called synapses, between nerve cells.

Taken it to an extreme. There is normal brain chemistry activity, but when that activity is affected by the drug, the internal communication is altered, creating an abnormal affect.

If you were to abuse the pain medication by going way over the prescribed limit and frequency, because you need that drug, you are becoming addicted.

Because of the change in the brain’s chemistry and function, it’s very difficult for people who are addicted to stop using; that’s what is so difficult about drug addiction.

Treatment centers around the country have found that a combination of medications, along with behavioral therapy is the most effective way of helping the patient manage the disease.

Treatment centers will tailor-made a program to meet the needs of patients seeking help. We are body, mind and spirit. Medicine can effectively treat the body and the mind, but medicine alone does not treat the spirit.

Addiction is a chronic condition, making the chances for relapse great. The drug takes over and the person loses control and will do anything to get the drug, regardless of the consequences.

What might have started as a decision to use the drug for a proper, medical purpose now becomes a spiraling, out-of-control experience for the user. Otherwise intelligent, rational people lose their ability to make good decisions.

The drug has taken over.

Alcoholics often talk about the “click,” that euphoric experience they get when taking the first drink. They can not use for months but the minute they use they are exactly where they were before. Their brain chemistry “clicks” back to as it was before, as if they just used yesterday.

Drug users experience a “high” or a kind of euphoria. In either case, they want to feel good, and the drugs make them feel good. But it gets out of hand.

What are the signs of drug abuse or drug addiction?

The symptoms vary. Perhaps it’s just trying something with friends at a party, or maybe a person hurts and they want to numb the pain.

It can start most any way, and some drugs are more addictive than others, but once the progression reaches the point where a person needs the drugs because of a physical dependence and compulsively works to get them, regardless of the impact on their friends and family, their job and their community, that person’s life is out of control.

For more about About Drug Abuse visit our home page

The more we learn about drug abuse the closer we come to creating more successful and effective treatments for this difficult and terrible disease.

Kids learn about drug abuse early but without strong parental support will ignore what they’ve learned. The will think they won’t have trouble and they can do what they want with no consequences.

Kids also learn about drug abuse from their parents ACTIONS not their words. The more mom and dad drink or smoke pot, the more likely their children will follow their example.

Learning about drug abuse has to start EARLY. Kids are being exposed to drugs in grade school now, so they have to learn why to just say no!