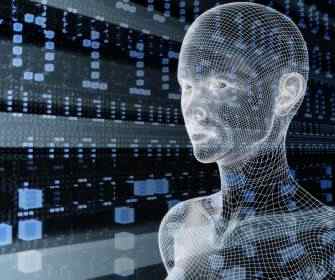 Drug abuse LSD, aka acid, is probably the most well known of the hallucinogens. During the 1960’s psychedelic art and music was inspired by the experience of LSD users.

LSD (lysergic acid diethylamide) causes a disruption in the communication between nerve cells in the brain and the neurotransmitter serotonin.

Users use LSD or other hallucinogens to see colors and images of things that are not real. They may hear sounds and feel things. LSD, discovered in 1938, can produce rapid and intense emotional changes. Drug abuse from LSD use is very sad.

It was big in the 1960’s, the era of “drugs sex and rock’n’roll” and Dr. Timothy Leary.  LSD, commonly called “acid,” was heralded as the way to “enlightenment” and for some a religious experience, as if the only way to see God was to use this drug.   Mostly it was a recreational activity for those seeking that extraordinary hallucination.


Seeking the change in perception

LSD (Lysergic acid diethylamide) is abused by those desiring an altered mental
status and hallucinations it creates.
LSD hallucinations, called trips, cause a dramatic change in
perception, as the user meanders through the distorted reality.  The problem is, trips are sometimes
frightening and people panic, needing someone to help them calm down until the
“trip” is over.

LSD is unpredictable and like
many other drugs, it depends on how much is taken.  And like many other drugs, the user may experience a rise in
temperature, increased heart rate, increase in blood pressure, loss of
appetite, tremors and sweating.
However, the physical effects are not nearly as dramatic as the
emotional sensations.  The user may
experience several emotions all at once and experience rapid mood changes from
moment to moment.

The altered mental status may
cause the user to have a general “mix-up” in perceptions, like seeing a sound
or hearing a color.  Some people
enjoy the cross-over of sensations, but it can also be terrifying. This is
problematic, as a trip can last up to 12 hours or longer.  LSD users have been driven to panic and
sometimes the drug-induced fear causes their untimely demise, brought on by
bizarre behavior as the result of their hallucinations. Drug Abuse LSD is unpredictable and almost always causes a very “bad trip” that will NEVER be forgotten.

Once a person is down from the
LSD intoxication that does not mean their experience is over.  Users had been known to experience
flashbacks, even days after they used.
Sometimes people get flashbacks long after their use, even as long as a
year.  Usually, people who have
used hallucinogens repeatedly are more susceptible to this unwanted and undesirable
side-effect.  LSD may cause the
user to develop other chronic problems, such as schizophrenia and depression,
but it is not certain exactly why this happens.

The impact of the drug depends on
the dosage.  In the 1960’s, for
example, it was not uncommon for users to ingest 100-200 mg doses of LSD, but
doses now are half that amount, at least that is the finding of the Drug
Enforcement Agency when obtaining samples from the street. But what was included when it was created is often an unknown risk of drug abuse LSD.

Need more and more to get the
same effect

Unlike alcohol, cocaine or heroin, for example, LSD is not
an addictive drug. But the drug will produce a tolerance in the user, so higher
doses are needed to achieve the same effect.  Users who desire that intense intoxication will take more
LSD, and that means the potential for the drug’s unpredictability
intensifies.  At small does, the
trip may not occur and the user may experience some euphoria and relaxation,
but it’s kind of like playing Russian roulette with your brain.

LSD intoxication cannot be controlled because there is
nothing that will bring the user down once he/she has taken the drug.  This writer remembers the days in the
early 1970’s when users would call a crisis hotline to talk to someone who
could calm them and help them down from a bad trip, or when volunteers would
help concert goers at specially designated quiet areas to assist in bring the
user down.

The reason LSD is not addictive is because of a couple of
factors.  First, it lasts a long,
long time, so users aren’t as inclined to keep taking hits to maintain the
intoxication.  Secondly, the
tolerance we spoke of earlier actually prevents the drug from taking effect as
the user partakes on a regular basis.
Lastly, if the user has a bad trip, that’s usually enough to prevent the
desire for another one. The powerful, sometimes terrifying hallucinations are
usually enough to prompt the user to avoid a repeat performance.

Any predisposed mental problem can be intensified

If a person already has psychiatric issues, or is
predisposed to having psychiatric problems, mild or otherwise, the LSD is a
very bad idea.  It’s like throwing
gasoline on a fire. Let’s say you have paranoid personality disorder in your
family. Taking LSD can change your brain enough so that this disorder will
develop and remain with you for the rest of your life. LSD is certainly never
worth the risk!

The drug can cause delusions, a distorted sense of time and
perception of self.  It was a bad
idea back in 1938 when it was developed and now serves no purpose, other than
for dangerous recreation.

That concludes our section on Drug Abuse LSD, please visit our home page for more.