How a Valedictorian Became a Junkie 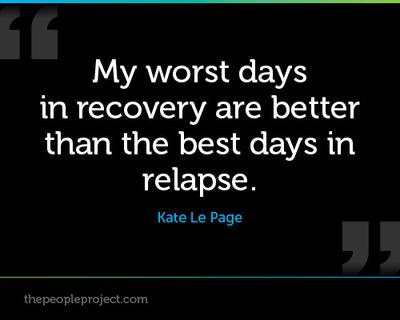 I grew up a superstar. It seemed as though everything I touched turned to success. I was captain of my cheer-leading team, took first in state in forensics every year, was MVP and best witness in Mock Trial every year, MVP on the dance team, on the varsity volleyball team, on the yearbook committee, on the math team, in the drama club, volunteered for the humane society. I also, volunteered at the old folks home, volunteered at the hospital in the geriatrics department, volunteered for the BOLD organization (Blind Outing Leisure Development), and lastly I co-ran and organized a summer camp for children ages 4-12 called Look What I Can Do Cheerleading and Dance.

Above all of this, I graduated as the valedictorian of my school--and I was beautiful! Long blonde hair, ocean blue eyes, fair skin, in great shape. I was the whole package. I got accepted to a wonderful university on full scholarship, and continued to do nothing but have success. I traveled the world. Went to eleven counties, including most of the states in our own. I remained a drama list student, and even joined a sorority, plus many many of the same clubs and volunteer opportunities I mentioned earlier. The best part about this was that I did it with complete sobriety.

It was not until I was 19 that I dated for the first time, and I fell in love. One day this boy reached for my hand and told me to close my eyes. I took it. Moments later I was filled with that dopamine rush familiar only to those who shoot meth intravenously. I didn't even feel the poke of the syringe.

From the moment I felt that initial high, I was hooked. I was naive to the drug. For months I didn't even know it's name, I only knew that it was responsible for the wonderful feeling of invincibility and it allowed me to go days on end without sleep or sustenance.

This boy trapped me this way. He used my addiction to meth as a way to get me to do what he wanted. The drug created a false sense of dependency and love for him, and this sense destroyed me when he left me.

After he left, I was forced into a world I had never known. I needed the drug, I sought it out until I found it. I didn't even know how to shoot myself up, so I found someone to do that for me too. The people I found to give me the drug demanded payment, and thank God I chose not to party with my body. Instead, I began to traffic.

I trafficked over a million dollars worth of meth into cities of their choosing. I had a clean record, was respected in the community, and was pretty. I was the best choice for the job. I am probably partly responsible for the suffering of many addicts, as I supplied it. I have been robbed a gun point three times, with losses in the tens of thousands.

This is minor compared to mental damage. I was forced it interact with criminals who were rapists, thieves, and liars. I had to learn by experience how to survive in this world. How to play the game many of us know all too well.
Somehow I managed to stay in college long enough to receive a master's degree and two bachelor's. This was probably because I had right hours longer then anyone else, and a whole lot more focus, if you know what I mean.

But, after I graduated, I was lost. Five years, and meth had begun to take it's toll on my body. I was a skeleton. At 5'4", I weighed 83 lbs, my hair was thinning, my kidneys felt as if they were on fire, and I already had sclerosis of the liver. I thought I was going to die soon, and the weird part was, as long as I had meth, I was ok with it.

Instead of using my degrees, I continued to traffic, and I continued to know nothing but the game. I also had developed a gambling addiction. Every day I was in the casino for at least 6 hours out of my day. I don't know what it was about the casino that had me do mesmerized.

As I walked, everywhere I went, people around me began to become invisible. I no longer saw their faces, could never hear their voices. And in turn, they no longer saw me. Like the call of a voiceless bird, I was inaudible. I no longer knew my family, my friends were people I used with, and nothing more. I had no one, and no one no longer wanted me.

Until one night at the casino. I had shot up three grams of meth in the bathroom, and was really messed up. A security guard came to me, and instead of escorting me out like he should have, he sat down with me. He struck up a conversation, and like the pink elephant in the room, he ignored my state. He listened to me talk about God knows what I can't remember, but he didn't judge the dried blood on my arms, or my weight, or my state. He was the first person in five years who just listened.

Sleep by this time felt foreign. At many times, I woke up panicked, asked him what day it was, how long I'd been sleeping, then start to hyperventilate at the thought of falling asleep again. But I did. And he stayed with me every minute.
When I woke, he began to tell me about his life, and his child. What they did in their spare time, and the love they shared. I was moved deeply by his words. I began to envy him and what he had, but it was not enough to keep me from my next fix. I left that day in search for more.

But the next time I needed more, I thought of him. I knew he had money, do I asked him for some. I was honest. I told him what it was for, and he took pity on me. He said that it wasn't going to help, because tomorrow it was going to be the same thing all over again, but he agreed to give it to me, and told to meet him at his kids soccer game that day.

That soccer game changed the course of my life. As I approached him, he told me to sit in his lawn chair. I agreed, and I saw what he saw. It was 20 six-year-olds with beautiful innocent smiles on their faces, all running around the green grass on a perfect day. Parents laughing and smiling in return. I broke down and cried for the first time in 5 years.

I told him my worries. That yes, I was very sick of the game, but it was all I knew. I told him about how I hadn't always been like this, about my successes and my family. I also told him how all that was nothing but a very faint memory, and how I have since been staying at the trap house. I even told him why it was called that.

This amazing human being, took me into his home to clean up. Bought me all new clothes, fed me, and he let me heal. Sleep was the hardest. I was so afraid of it. All night and day I was tormented by nightmares that would curl your skin. This amazing man stayed with me the whole time , and watched over me.

A void was filled with the tender love of a family, and I no longer felt the constant need to be high. They say dopamine is only highest with meth, but they must have not have measured the amount if dopamine released with love, because I felt just as happy, if not more. Love healed my wounds.


Do you have a question or story? It's easy to ask your question or submit your story. How? Simply click here to return to Drug Addiction Intervention.