My Love is Blind 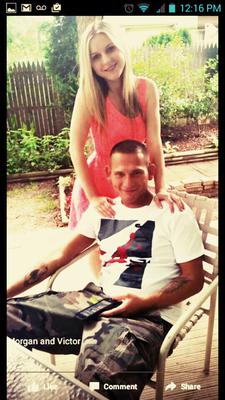 My best friend just got put on the implant so she is not capable of being high for three months. Her boyfriend and his friend were staying at a recovery house. She begged me to go on this double date and I was so unsure because I never used heroin and I didn't want to judge.

She talked me into going on the date and I decided I would see how he was. He had just four months sober from shooting dope since he was 17. I was in shock. He was such a funny guy and he made me feel so comfortable around him. I decided to say why not and start hanging out with him.

He drove over forty-five minutes just to see me and took me places to do things. He had be head over heels for him. Then one day I got the call he relapsed and I was devastated. He told me he had it under control that he was taking suboxone and he would be okay.

Well one day I was sitting on his lap and rubbed my hands across his shorts and got pricked by a needle. I lost it I could not do it anymore he had to go. Well after that two weeks went by the constant blowing up my phone trying to talk to me I told him I won't talk to him until he's sober.

Well I finally caved because he claimed he was on suboxone and i started going to his house and staying there. Well that's when I got my real look on heroin I saw my first heroin needle, the bottle caps, and the baggies. It destroyed my heart. He said it was old and he had to clean it all up. He acted like he had a grip on the drug and really was just using behind my back.

He asked me for ten dollars out of a twenty dollar bill I had and came back with four dollars in change. I was disgusted and tried to say he did all this stuff for me like buy me jewelry and take me places. He felt accomplished sustaining a dope habit and normal life sort of.

The more time I spent with him the more I fell in love with him. His mom would walk in the room and ask why the television isn't on and it be because we we're too busy gazing in one another's eyes talking. I didn't want to be anywhere else but next to him when he wasn't using or just using a little bit not to get sick.

But like everything else addiction took over him. I saw the real demon in its dope. When there was no more dope left then that meant the angry side came out to his mother. The breaking the door, the pacing back and forth, the trying to find anything you can pawn, and just being completely unbearable until he gets his dope. He now is in detox it got so bad and out of his hands that he needed to go to detox.

He said detox will help and he will be able to keep his job. As for me I am sticking by him but the minute he resorts back to that needle I am gone. I guess only time will tell.


Do you have a question or story? It's easy to ask your question or submit your story. How? Simply click here to return to Drug Addiction Intervention.