The light of my life. 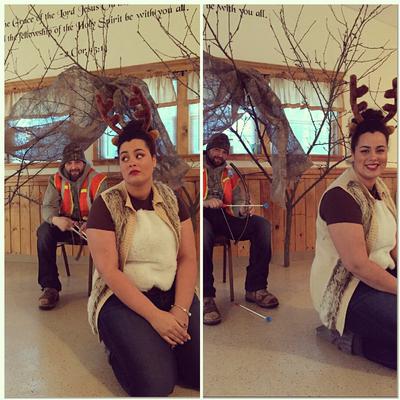 I fell in love with an amazing man who lights up every room he walks into just as he lit up my life 3 years ago on July 8th.

Justin and I met 7 years ago through a mutual friend I was 15 and he was 21. Instant crush on my part! But he didn't agree with being involved due to the age gap. As it should be!

We lost contact for a few years went on with our lives and out of the blue one day when I was 18 he messaged me on Facebook asking how I'd been and what I'd been up to. We chatted and ended up arranging to meet up and hang out like old times. We did.

The connection was instant. We fell head over heels for each other and don't you know it we moved in together 2 months later. Justin and I were attached at the hip without smothering each other if that makes any sense. We loved each other fiercely every moment of the day. We are one force moving in sync. He is my everything and I'm his.

A few months into our relationship I discovered that he was abusing prescription medications frequently when he was no longer able to make ends meet due to his habit. It worried me. I pleaded with him to stop abusing pain killers and seek treatment. He refused and assured me that his problem was manageable and he would work on cutting back.

I continued to be upset about it because I love him and wanted him to be healthy. This went on. We lived our lives happily. More in love with each other each day. We spoke about marriage and babies. But there was always an elephant in the room. His problem scared me.

About a year ago a man had become prominent in our life who will remain unnamed. He was boyfriend to a girl Justin and I were good friends with. They began working together after Justin helped him get a job a the place he had worked for over a year. They were friends.

The man was a heroin addict. He had been using for quite some time. Justin shared with me about how it worried him that the man had children and was using as much heroin as he did. Still Justin helped him with rides to work and what have you.

The day my life changed was a year ago when Justin came home from work with a confession to make. He sat me down and asked me not to be upset with him because he told me he had tried heroin that day. He said the man had persuaded him to use a needle and inject the drug into his arm. I was absolutely furious. Don't get me wrong I was mad at not only the man who pressured him but also with Justin. He is grown and makes his own decisions. I made it clear to him that he wasn't to do it again and the man was no longer welcome in my home. Justin assured me it was the last time. It didn't end that day.

The love of my life continued to do heroin. It trapped him. He hid from me in bathrooms and confined places because he felt shameful for what he was doing. I broke my heart to watch such an intelligent loving kind-hearted person struggle every day.

6 months ago is when it got bad. He started using so much that he couldn't function at work. He got nasty purple scars on his ams and he began to have episodes where he would stop breathing and I would have to resuscitate him. It terrified me.

I watched the love of my life essentially die a little each day. I suck by his side and tried to help him help himself. He insisted it wasn't that bad. Every day he was the number one concern in my life no matter what. I watched him like a hawk. I feared that if I turned my back for one moment he would die.

Mentally this took a toll on me. I was a basket case. I quit my job so that I would stay home at night and watch him. I love him wholly and entirely and I was watching him kill himself. In our entire relationship we never fought until dope came into my home.

At this point we fought once a week over his use. I urged him to stop. He reused. It broke me. I planned to leave him. I thought there was nothing else I could do but leave a toxic place in hopes he would follow me and start a new life. So I made plans to go to Florida and start college.

He was upset he begged me not to leave and asked me to stay and marry him. I told him I wouldn't marry him until he got help. He decided he was going to come with me.

I left Justin home for the night sober and without any money to buy drugs. I went to spend the night a a friends house and relax a bit since I knew the next day was pay at and I'd have to go back to baby sitting my love.

The next day Justin's boss called me to let me know he didn't show up for work. So I went home to wake him up because I was sure he overslept as he did often. At 9am on May 27, 2015 I found my love dead face down on our bedroom floor. He had overdosed the night before at around 11pm, 30 minutes after I spoke to him last.

He had found a way to borrow money and bought dope. I lost. He lost. We lost a year long battle with the evil that is heroin. The pain of seeing the love of my life purple on the floor of the room we sent the best and worst nights of our life together rips me in half everyday. He took my heart with him.

So the reason I'm posting this is to let you all know that while I am not a heroin addict I love one and I was affected by this monster of a drug. Justin was incredible. He as funny and handsome and he made my life worth living.

So many people in this country are affected by this drug. Children lose parents. Parents lose children and lovers lose lovers. Why? I am 21 one years old and essentially widowed. For what? Was it my mistake to love with who Justin was not what he fell victim to? No. I wouldn't change it for the world.

Today is the day I stand up against heroin. In loving memory of Justin William Belson I will fight on. I will not be silenced. I hope my story helps someone who is struggling with addiction or the loved ones of someone struggling.