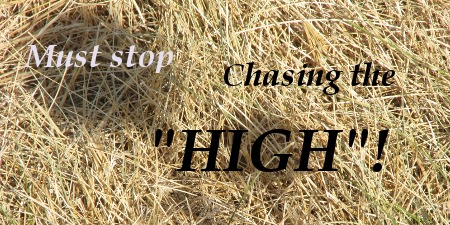 Cocaine
addiction, like other substance abuse disorders, is characterized by the
inability of the user to not use.

When a
person can no longer say “no” and no longer make the choice to not use that is
a tell-tale sign that there is a serious problem at hand.

People may use the drug initially for pleasure, but soon
that pleasure turns into something else, it begins to dominate the thoughts of
the user and they experience the “cravings” that only cocaine addicts can
describe.

They want to have that same
“high” and they want the drug to achieve their goal.

They want to feel “normal” or just feel good
and the drug delivers a temporary relief.

People will do
strange things when they slip into addiction. Cocaine is popular among young
professionals, but many who are addicted lose their jobs, because job
performance slips, or they miss work because they’re “sick” too many days.

As the disease progresses, eating habits change, sleeping
habits change, relationships suffer as the only thing that matters is
using.

People experience mood swings and
long-time, heavy users have been known to become psychotic, capable of violent
acts, even though they might be by nature even tempered.

Some can hide
addiction better then others

Of course, some
people “hide” it better than others. Not everyone who uses cocaine becomes an
addict, and casual users may use the drug and never have an issue. The key to determining whether or not a
person is becoming addicted is to observe their life.

The powdered form of cocaine is often snorted, as an early
sign may be that the user loses his/her sense of smell. They may also get
nosebleeds, seemingly for no reason, or they have a constant runny nose.

They can develop swallowing problems or have
throat irritation, causing their voice to get hoarse. Have there been changes
in behavior? If a casual user, for example, needs more and more drug to achieve
the same result, that’s a sign of developing addiction.

They experience withdrawal, which causes them to use to feel
normal.

Symptoms are sometimes subtle,
like a gradual change in a person’s activities, hobbies, professional goals and
their choice of friends. They may become estranged from their family, which may
be a sign of an impending serious psychological issue.

The symptoms add
up. It’s a pattern of behavior that
leads the observer to conclude that the person has slipped into addiction. An observant friend may see all of this
happening, but a professional is best suited for determining where the person
is at in the disease cycle. The
important task is for people to get help when they get into trouble.

Cocaine is highly
addictive and it impacts the brain’s reward center. The drug attaches itself to the proteins that
transmit dopamine and this causes a euphoric “rush” which cocaine addicts
crave. The high, unfortunately does not
last a long time, so users keep doing more cocaine, hoping to achieve the same
effect. When they don’t have any drug,
they crave it, so the withdrawal from cocaine is difficult.

People who lack
confidence might be attracted to this kind of experience, because the drug will
make a person feel self assured. Quiet
people become talkative. People feel
they are more alert and sharp when they are high.

The trouble is the HIGH doesn’t last, and the benefits
quickly fade, leaving the use with nothing but the craving for more.

In fact, it’s not uncommon for people to get
depressed when they come down. There can
be mood swings, anxiety and irritation.
The artificial feeling of energy is gone, so people are tired. Even though the drug is a stimulant and
people might binge for a while to keep the high going, when they come down, or
crash, they will sleep for a long time.These are the most common Cocaine Addiction Symptoms you need to look for.

Not all will become
addicted

Not everybody
who uses will become addicted, but the odds are good that with continued use,
they will. The drug will rob them of any
natural vitality, so in order for them to come alive they need to use.

Like most any addictive drug, cocaine users will build a
tolerance to their drug of choice and this means they need to use increasingly
greater amounts to get high.

This puts
them in jeopardy of overdose, which is a very real concern because they might
just keep taking more of the drug until they do overdose because they can’t get
enough.

Sometimes it’s
hard to spot the cocaine addiction symptoms, but here are a few suggestions of
things to look for. As the disease
progresses it begins to take up space in the addict’s life. They spend more time worrying about getting
the drug, having enough. They’ll slip
out and have to run an errand, but it’s really to meet their dealer.

Over time the professional life will suffer, as performance
issues will crop up, or perhaps the person is always out of money and wants to
borrow from friends with the promise that they’ll give it back on payday.

They might sell some personal items, and
sometimes addicts will steal from family and friends to get the money to buy
their cocaine.

Consider how the person has changed over the last year or so, this is where Cocaine Addiction Symptoms become more visible.

Cocaine
addiction is a downward spiral. Once a
person has lost his/her job, alienated their family because of poor behavior,
and has wound up more isolated, there is no more money for cocaine. They need something to feel better, so they
may turn to other less expansive drugs.

Left untreated,
cocaine addiction can lead to death. Addiction is a FATAL disease, most who use overlook these grim Cocaine Addiction Symptoms.

More and more drug is needed to get high, as we mentioned, and overdose
is a very real possibility.

Also, if
someone isn’t using for a period of time, then goes back to that same level of
cocaine they needed to get high before they stopped, that could be an overdose
waiting to happen.

These are the real Cocaine Addiction Symptoms that addicts always avoid or dispute.

MUST get into
treatment!

Treatment is necessary to help cocaine addicts get their
lives back.

They may always have to deal
with the cravings, but they can learn how to control those cravings and live a
healthy lifestyle. Treatment centers
offer medical professional help and skilled counselors to help addicts to a
better life.

If you suspect you see Cocaine Addiction Symptoms act and try to help, recovery is possible and the sooner you act the better the outcome is likely to be.

That concludes our section on Cocaine Addiction Symptoms visit or home page for other information.