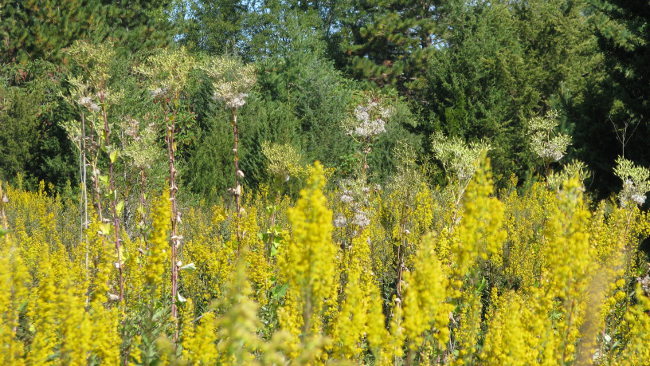 It is much easier to stop a
problem before it becomes a problem. Substance abuse is very much
like making a small snowball that you roll down the hill. With each
revolution, it picks up more snow and by the time it finds its way
down the hill, the snowball is enormous.

There is a fine line between abuse and
addiction, if any at all. So early detection and treatment is vital
in making sure people don’t get into major health calamities.
Codeine abuse intervention is all about stopping the problem before
it gets way too large to handle.

Codeine users don’t always
start out by abusing their drug of choice. That is, they don’t use
for recreational purposes. Codeine, an opiate, is used to control
pain and often an over-the-counter drug may be enhanced with codeine
and prescribed to a patient who needs a little stronger medication to
handle the symptoms.

It’s actually fairly easy to get into
trouble. People don’t follow instructions. They fail to take the
prescribed amount at the prescribed times. They reason to themselves
that if one pills works, then two must be better. Or they will
determine that they need the medication more frequently. However it
plays out, when a drug is used for anything other than it’s strict,
intended purpose, that’s drug abuse.

It’s a gradual process in most
cases. People slip into abuse and addiction and are in trouble
before they realize that something has gone wrong. That’s what
makes it difficult to get them help. After all, it’s just silly to
get help for a problem you don’t have, or so it seems.

Family members and friends will most
often see the problem long before the abuser or addict sees it. They
may say something, but more often then not, they don’t. If they do
say something, it’s most likely going to be something like, “Don’t
you think you should cut back, or take it easy on that stuff.” It’s
probably going to be ignored.

Codeine abuse intervention is when
concerned people act. They confront the abuser. That can be done
effectively or very poorly. The most effective interventions are
handled by trained professionals, who know exactly how to approach
the problem and can orchestrate the activities of all concerned.
Usually meetings take place in a neutral setting and family members
and friends are invited to write down their feelings about the
codeine abuser and read that story to them.

The interventionist is sort of like the
tour guide, deciding when each person speaks and keeping control of
the situation.

Not a simple process

A codeine abuse intervention is not
simple. Sometimes the abuser has a rather negative reaction,
sometimes profane, sometimes violent. Once the disease of addiction
has taken root, even in it’s early stages, it impacts the user’s
ability to reason and act in their best interest.

While codeine can be a very effective
medicine, when it is abused it can cause a variety of major health
concerns, including but not limited to heart disease and respiratory
distress. The brain chemistry changes and the brain is actually
fooled into thinking it needs the codeine to function. This makes the
user very resistant to treatment, so much so that it sometimes takes
the intervention to get them the help they need.

Treatment should be arranged in
advance of the codeine abuse intervention

If everything goes according to
plan, the interventionist has already arranged for a treatment center
to accept the abuser. Nothing is left to chance. The real problem is
the abuser is the last person in the room to understand that he/she
is sick. They can refuse treatment, even if they have long since past
the abuse stage and are well down the road of addiction.

The drug use may have gotten to the
point where they have lost a job, a career, social standing, their
friends and maybe even their family. The addiction grabs them by the
throat and does all the thinking for them. Everybody else is wrong.
Family members who seek out the help of an interventionist need to
understand that they have an emotional attachment to the one they
love and they need to back away and let the interventionist handle
the affairs.

The addicted person will always look
for a hole in the fence and try to exploit the emotional weakness of
a family member. Maybe mom doesn’t want to see her son unhappy, or
dad doesn’t believe there is a serious issue, or a brother is more
than happy to help them find drugs. The intervention needs to be a
collective effort, and solidarity is necessary.

Codeine abuse intervention should be
undertaken as soon as possible. The sooner the better. If the first
treatment center doesn’t work try a different one.

Don’t give in and don’t give up!

For more information about codeine abuse intervention visit our home page or return to Codeine Abuse.