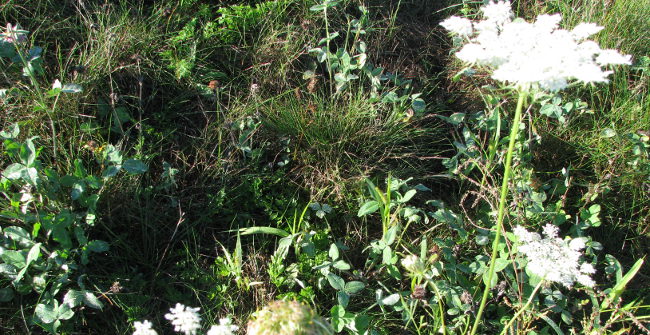 In 2010 there were a series of national articles dealing with the abuse of a substance called “Purple Drank,” which was a concoction of codeine cough syrup, hard candy and surgery soda.

While cough syrup on its own does not present a recreational delight, the “Purple Drank” mix was popular because users would get the desired effect and like the taste. This drink led to the imprisonment and suspension of NFL defensive lineman John Jolly, so while codeine didn’t necessarily get the headlines, the abuse of this drug is common, so we need to be aware of the symptoms of codeine abuse.

Before we continue about Codeine Abuse Symptoms, let’s examine what it is and why it’s a target for abuse. Most commonly, codeine is used to provide relief of low to moderate pain, and that means it is often used in combination with other drugs, such as Tylenol.

Codeine is also used in cough syrup, which is where the idea to mix cough syrup with the soda came from. People, of course, will abuse it by drinking too much cough syrup, but that is unpleasant, so they mix in the soda and some hard candy to sweeten it up.

Codeine is not the average narcotic drug of abuse. If a person takes a cough medicine with codeine to relieve the pain and symptoms of a cold, for example, taken as directed the medicine will do what is expected and there will be no issues. However, people who abuse codeine, generally, do so intentionally. Let’s look at some of the signs or Codeine Abuse Symptoms.

Like an opiate analgesic, codeine may cause drowsiness, or nausea or vomiting. But the signs of abuse are more on the lines of the euphoria that the user feels. Codeine is a drug of choice for the users who like the high they get off it. They relax, feel good, and the high gives them a sense of well-being.

One of the very serious symptoms is respiratory depression, and because codeine is abused and improperly consumed, the risk of fatality increases due to respiratory failure. The breathing of an intoxicated person slows to dangerous levels and they may or may not even know something is wrong. Codeine users, like other opiate users, should not be allowed to merely sleep it off on the couch. They may never wake up.

Codeine abuse often leads to a physical dependence and addiction, which is why Codeine Abuse Symptoms must be understood. Addicted people seek the drug and want to avoid the discomfort of withdrawal, which includes insomnia, stomach cramps, nausea, vomiting, fatigue, mood swings, muscle spasms and pain. Many of the symptoms of addiction are similar to those of other opiates, only they may not exactly match those of heroin or prescription pain medications.

In some cases, codeine can cause a sugar craving as the drug is metabolized. Therefore, look for general signs of addiction evidenced in the changed behavior of the user. Obviously, of a person can get several prescriptions for cough medicines with codeine that is a clear indicator, but users are more than likely to get their drug on the street, so it’s harder to track the source.

Fixation with getting the drug

Human nature always stretches the limits of everything, good or bad, so look for signs that point to an increased use of the substance and a fixation on getting it. Addicts will be in denial, so the idea of them being in trouble may be obvious to the observer, but when confronted the user may become defensive, angry or turn the conversation around and blame the other person.

Addicts will need more and more of the drug to achieve the same effect, so that means more financial resources will be poured into obtaining the codeine. They may sell personal items, or ask to borrow money for no particular reason. Addicts often turn to selling drugs to get money to support their addiction.

Often loose interest in everything

As the disease progresses they lose interest in their job, their family, old friends. In the case of the NFL player, he threw away his career. That kind of behavior change, the flawed reasoning, the seemingly directionless path of a person’s life is a sign and points to the symptoms.

General symptoms of codeine addiction may include, respiratory depression, constipation, fatigue, itchy skin (like having bugs crawling on their arm), muscle twitches, loss of appetite, sleeping too much, poor job performance, calling in sick frequently, bluish tint to lips and fingernails, nausea, and low blood pressure. This list is by no means exhaustive, but know that the symptoms of codeine addiction are similar to other forms of opiate addiction.

The response should be to seek treatment. Merely getting a person to not take the drug is not enough, as it does not touch all areas of the person’s life. Treatment under the care of qualified professional people is the right choice.

I was a codeine junkie for two years, and twelve days ago, quit my
Methadone. I was on Methadone for one year. After three years of my body
having to deal with opiates being in it at all times, I am free, and
feel so elated and joyous.

I want to share my success so others
will realize that although the margin is relatively small of those who
clean up, and stay cleaned up, it can happen. I feel confident that I
can face anything now, and want to reach out to the world so they know
that not every addict is an emotionally damaged, virtually write off
member of society. Codeine addiction affects all walks of life, and can
happen to anyone.

“Is there any drawer emptier than the one where you used to store your drugs?”

It Can Be Done

You have been down a long and difficult
road, but it sounds like you are on firm footing now and enjoying life
again. I am glad you are off the methadone and have discovered that you
can live drug free and be happy again.

It is difficult to
get off opiates, but here you are, an example of a person who is willing
to face the facts and deal with them. People are often their own, worst
enemies when it comes to treatment and recovery.

They think
it’s too hard, or they don’t want to put in the effort, or they see no
point in it all and soon lose heart. It isn’t easy and many people fail
repeatedly before they finally get the monkey off their back. But keep
trying. It’s worth it.

You have a story to tell, so I am happy you shared it with us. Keep telling it.

Visit Codeine Abuse Intervention, or Codeine Abuse Recovery for more information on treatment or go to our home page for more on codeine abuse symptoms.