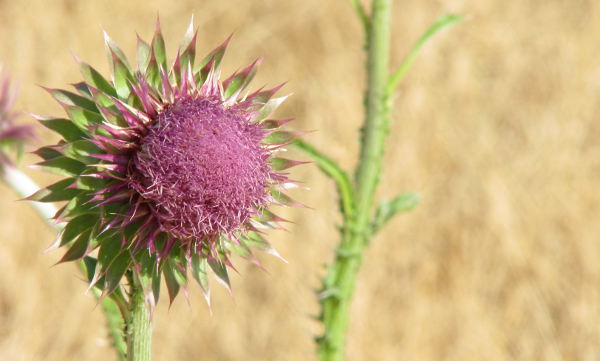 There is a fine line between abuse and addiction, and depending on who you talk to, there is no difference at all. That is why Demerol abuse is a serious issue. Demerol is a brand name for the opioid drug Meperidine, which is closely related to morphine. It is prescribed for the control of moderate pain, and like any other opiate, it is addictive.

When the precautions on the bottle say “may be habit forming” it is a sure sign that the medicine should be respected. Demerol is most widely abused when people take the drug too often, or they take too much, thinking that they need more drug to achieve the necessary pain relief.

That is commonly how people get into trouble. Doctors are careful to instruct their patients that this medicine should not be taken with alcohol, as the negative side effects could potentially be fatal. Prescriptions do have a limit, as the drug should not be taken for any longer than necessary and in the prescribed amounts.

Demerol abuse help is actually rather straight forward. Used as directed, under the watchful eye of a physician, Demerol is effective and safe. However, abuse is what launches the destructive nature of this opiate. People abuse the drug by taking more than they need. Perhaps they had had a surgical procedure and are prescribed Demerol to keep pain under control.

The prescription might carry a refill, but when the patient abuses the drug, they run out of their prescription early and run into trouble at the pharmacy trying to get a refill too early. Patient may then go “doctor shopping” to try to find another physician to write a script, or they may go out on the streets to find a seller.

Not much difference between abuse and addiction

Abuse and addiction are more similar than you might suspect. As time goes on and the Demerol abuse continues, the user will likely develop a psychological dependence on the drug, that is, they “think” they need the drug.

The brain gets tricked into having the drug present. They may also develop a physical addiction, meaning if they don’t have the drug they will actually get sick, or suffer serious withdrawal symptoms. Exactly when abuse slips into dependence is determined by the individual, but with an opioid, like Demerol, it’s like playing Russian roulette.

Heroin use often right around the corner

Another danger of Demerol abuse is when the need to find the drug leads the user to other street opiates, like heroin. If the pharmaceutical drug is available on the street, and so many are, it may be expensive.

Some turn to heroin because it is less expensive, but they really have no way of knowing what they are getting. While it might be mostly heroin, what else is in there? Nobody knows but the dealer or distributor. It’s a very dangerous game.

Never or buy or sell from the street

When a patient receives a prescription for Demerol it is important to keep track of the medicine. An inventory is necessary, because someone might take your medicine. Too often when people are finished using the drug, they’ll give it to someone else, or worse yet, sell it on the street.

This is a particularly bad idea, not just because it is against the law, but medically, it’s a very dangerous practice. When people take Demerol for recreational purposes, they can easily overdose and wind up in the Emergency Room. It is not at all uncommon for parents of teenagers to find out that their child has been raiding the medicine cabinet to find something to abuse.

Overdose is common and often deadly

Overdose is a serious issue. Every family should have the poison control number handy and call 1-800-222-1222. Again, Demerol is an opiate and opiate overdose can be fatal. The user may become overly drowsy, suffer weakness, confusion, has shallow breathing and slowing heart rate or in worst cases, may lose consciousness and fall into coma.

Overdoses are most common when people take the drug for recreation, to achieve a euphoric feeling, or high. When someone passes out, or falls asleep on the couch, this is a potentially dangerous time, as Demerol overdose can lead to respiratory arrest. People have known to experience seizures.

Look for changes in behavior

People who abuse Demerol and who need Demerol abuse help are on the path to addiction may also display behavioral changes and family and loved ones need to be aware. They may become more withdrawn, more moody and lose interest in their routine daily activities.

They may miss work or school, change their circle of friends, or they may stop doing their hobbies and recreational activities altogether. Once a person is on that slippery slope from abuse to addiction, they need help to get back on the right path.

Sometimes that requires medical intervention, but it may just be a matter of attending meetings or a 12 Step group. Exactly what Demerol abuse help is needed should be assessed by a professional counselor or doctor.

The sooner the better

The important thing is to stop the abuse and to get Demerol abuse help before it causes serious or permanent damage. The love and support of family and friends can play a huge role in determining the outcome of a Demerol abuse situation, so those watching the abuse take place need to be vigilant.That's where Demerol abuse help starts.

Not for use with other pain medications

Do not take Demerol with other narcotic pain medications, sedatives, tranquilizers, muscle relaxers, or other medicines that can make you sleepy or slow your breathing. Dangerous side effects may result.

Tell your doctor about all other medicines you use, especially:

This list is not complete and other drugs may interact with Demerol. Tell your doctor about all medications you use. This includes prescription, over-the-counter, vitamin, and herbal products. Do not start a new medication without telling your doctor.

My Mother was a junkie prostitute!

My mother gave birth to me at 19, she was already using heroin, speed, weed, Demerol, the lot. Therefore, when I was born I immediately went into withdrawals and had an agonizing first 3 months of life.

My dad was a truck driver who was unlucky enough to give her a ride. He is a good man, their affair never went further than about a week but he continued to pay child support up until I was 18. I have met him twice as he lives interstate and has a wife and 2 other girls.

My grandmother (THANKFULLY) took me off my mother at 7 months old, fought her in court and won full custody of me (Mum wasn’t at the hearing, she was stoned).
However I have always had regular contact with my mother, and every memory of her up until 18 (when she finally got clean) is of her being so drugged up that she would fall asleep anywhere; driving (had at least 15 car accidents - some with me in the car), out in public, she once fell asleep in her driveway after bending down to find her keys in her handbag and I found her half an hour later.

It was disgusting, the pin-prick pupils and chatty brown rings around her mouth from constant dribbling because she was just so stoned ALL the time. I saw her inject many times, saw her overdose, witnessed so many fights and unsuccessful relationships, I have seen my mum bashed, been hit myself by one of her junkie boyfriends...it was never ending - and I didn’t even live with her!

She was a prostitute for about 15 years (started when I was about 2) which just fueled the addiction because of the environment. She has served 6 different jail terms related to theft - to support her habit.

But anyway - I'm used to that. That’s the card I was dealt and I’ve had 21 years to stew on it. My main issue is how this whole situation is manifesting itself in me.

Started smoking weed and shoplifting at 15

Up until about 15 I was pretty good, then I started smoking weed and shoplifting, I have never been in trouble with the law. At 18 I got a boyfriend who introduced and subsequently got me addicted to speed. We broke up about 3 months ago and I have not touched speed, but have moved onto Meth and am taking heaps of Valium, Xanax and sedatives to sleep at night.

I try to maintain my daily life I go to work 9-5 I have a respectable job but my head is constantly in crisis. I have identity problems - I don’t know who I am or how I feel or what I want. It’s a constant battle inside my head to keep doing drugs until I feel I have a problem (I honestly don’t at the moment, just recently started getting into meth) or to avoid it altogether and live a clean life.

I’m also promiscuous - I’ve had sex with strangers, friends boyfriends more than once, I am currently sleeping with one at the moment.

I’ve been prescribed anxiety/depression meds but would rather get my head fixed than rely on them because withdrawal from them is worse than speed and meth combined!

Somebody just comment, suggestions, guidance, advice, similar experiences, anything will help me get my head around my life and perhaps help me sort through my issues.

Everyone says they are so proud because I finished school, did uni, now working full time but if only they knew how hard I am fighting to NOT follow in my mother’s footsteps...

You Can Overcome
by: Ned Wicker

There are many components to substance use disorder, not the least of which is genetics. You are your mother’s daughter. Growing up, watching her ruin her life, jeopardize her health and give her self to men who don’t love her has done little to help you avoid being just like her. It’s like the cards were dealt from the bottom of the deck and you got a terrible hand.

Instead of going to your doctor and just getting pills for depression, why not have an open and honest talk about the drug use and seek treatment?

If you do not want to be your mother, you can take proactive steps to rebuilding your life, but that means getting away from your user friends, getting away from the old haunts and it means trying to learn a new way to live your life.

Alcoholics Anonymous is an excellent organization that can help you. Many of their functions are open to drug users, but Narcotics Anonymous is specifically designed to help people just like you.

Either way, you need to establish new boundaries for yourself and work a 12 Step program, which not only helps you to manage your disease and keep from using, it will also help you reshape yourself, giving you a new lifestyle.

The best treatment for depression is a healthy self-image, which is what the 12 Step is all about.

There is no reason for you to live an unhappy life like your mom. But you need to take care of yourself, have respect for yourself and set some rules, boundaries and limitations.

Drugs and sex is a road to nowhere. Your story is moving and I sense that you are much more than the girl living on the dark side. Step out into the light, Jasmine, your future awaits.

Lord Jesus is on your side. Call to him right now, where ever you are. HE is so powerful to get you out of what you feel. Call to Him. He loves you, a true genuine love.

Trust me, Your life will change. Just call out 'Jesus I want you, I need you' ...what have you got to loose. He will never disappoint you.

Thank you for reading. Linda