How to Stop Drug Addiction 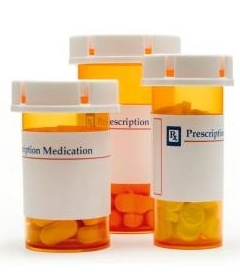 Is there a cure for addiction or is it a chronic disease?

Sadly, currently there is no cure for addiction or alcoholism, it's considered to be a disease that can be treated but not cured. Like the heart patient needs to change their diet the addict/alcoholic can't use use/drink.

Is there a cure for addiction/alcoholism? The short answer is no, mainly because the determining factors that led to a person’s condition don’t change. But people can manage the problem and lead a healthy, long and productive life.

Addiction does not have to be the winner, but those suffering need the tools to access strength and support. You have to be honest with yourself and realistic about the problem. Addicts need to realize they can’t take a drink, because the consequences are serious at the very minimum, and too often deadly. There is hope.

Our hope is that the information about over drinking on this web site, and the links to various resources around the country, will help you in your path to healing.

Is There an Addiction/Alcoholism Cure?

It’s one of those hot button issues. On the one side, there are those who believe from their evidence that there is a positive cure for addiction/alcoholism, while the other side is convinced that there is no such cure.

One side says: Abstinence not needed

A story by Lindsay Chura from June 13, 2008, in US News and World Report told of how researchers from the University of Virginia Health System concluded that the drug topiramate “can lead to a reduction in heavy drinking.” The drug is used to treat seizures and is approved for that purpose by the Food and Drug Administration.

Roy Eskapa, PhD., author of the book “The Cure for Alcoholism: Drink your way sober without willpower, abstinence or discomfort” writes of using naltrexone, an opioid receptor antagonist, and the “Sinclair Method” to rollback the addictive brain action to its original state.

Both the aforementioned works suggest that people can take a pill and continue to drink, only in a responsible way.

The other side says: The cure for addiction/alcoholism is to not drink/use!

The other side of the fence looks at the same evidence and draws a different conclusion. They see addiction/alcoholism as a chronic disease that can be treated and managed, but not cured in much the same way as there is not a cure for diabetes, heart disease and other conditions.

While medical intervention is used, such as detoxification and perhaps drugs, there is no encouragement that the person may continue drinking. Abstinence is the key to controlling the disease, or stated another way; the cure for alcoholism is to not drink and the cure for drug addiction is not to use.

Treatment plans that offer a pill as the primary weapon against the condition of addiction/alcoholism will sometimes also refute any claims that the 12 Step recovery plan has any validity whatsoever, as they will claim that the steps have a greater than 90 percent failure rate.

Those who “fail” are likely, according to 12 Step advocates, to be the ones who do not work the steps and who refuse to allow themselves to submit to the “power greater than ourselves” or “God, as we understood him.” While not a religious plan, the 12 Steps offer a deep, soul-searching pathway to recovery.

There are a couple of main drugs that are used in treating alcoholism. Naltrexone has a blocking effect on the area of the brain that feels pleasure from alcohol or other drugs. The drinker doesn’t get the same pleasure from the alcohol, so the craving to drink gets reduced. That’s the idea.

Disulfram is another drug that is used to treat alcoholism, only instead of blocking the pleasure receptors, it makes the drinker sick to his/her stomach and causes other unpleasant side effects. Neither drug is claimed to be a cure for alcoholism, but a management tool.

The goal of many non 12 Step advocates is not so much to stop drinking, but to drink less, sometimes called a harm reduction approach. Organizations such as Alcoholics Anonymous preach abstinence, as the only requirement for membership is the desire to not drink or use drugs. The debate rages on and will continue to be a hot button issue for the foreseeable future.