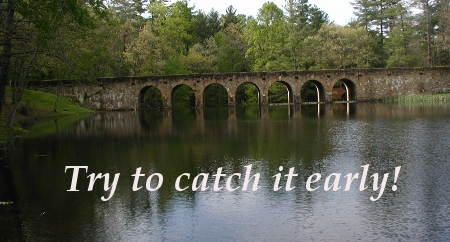 For starters let’s
ask a simple question—What is drug abuse?

Simply stated, drug abuse is using a drug for something other than its
intended purpose.

If a prescription
calls for the patient to take one every four hours and the patient takes two
instead, that’s drug abuse.

If a person
has one drink too many, that’s drug abuse.

We don’t mean to split hairs here, but you can see that sometimes there
can be a fine line between legitimate use and abuse.

It’s also
important to understand that not everybody who abuses a drug is going to become
and addict.


One and ten get addicted

For example, studies have
shown that with prolonged use, approximately one in nine people who use alcohol
will become an alcoholic. About one in
four users of the illicit drug cocaine will become addicted. The most widely abused drug is alcohol, which
is sold everywhere, is perfectly legal and is probably the most destructive of
any drug of abuse.

Marijuana would be the next in line, only it is not a legal
drug.

Looking at the broad picture of
both legal and illegal drugs, drug abuse is an enormous social and legal
problem in the United States
and around the world.

If a person is
addicted to a drug, that state in which he/she no longer has any control or
choice in whether or not to use, where they have developed a psychological and
physiological dependence on the substance, it is much easier to tell what is
going on. Their life is out of control,
they have lost their job, or they have serious troubles with their personal
relationships, or they have developed health problems. It is obvious that something is wrong. But if a person is abusing a drug and not an
addict, that is much more difficult to detect. Let’s see if we can break it
down.

People often
like to gather after work for a couple of drinks, to relax and enjoy each
other’s company. It might be at a local
watering hole, or tailgating at the baseball game. Having drinks is a better way to describe
drug abuse, because it illustrates the problem with going over the line. In the case of an illicit drug, that is
automatically drug abuse and a crime.

They gather for drinks, only they don’t stop at one or
two.

That becomes three or four. According to the experts, if a man exceeds 15
drinks per week, that’s abuse. You can
see that drug abuse symptoms are subtle.

The problem of pain

Let’s look at
another example. A person has a pain
issue from a knee injury and the doctor has prescribed an opioid analgesic for
the control of moderate pain. The
medication works well, but the person figures if one pill is good then two must
be better. It begins. Before long they
are taking more than the prescribed amount and more often than directed.

This kind of drug abuse is very common.

Left unchecked the person is likely to
develop some kind of dependence. The
opioid works on the brain and so over time the brain actually thinks it needs
the drug to function. The injury may
have long since healed and the doctor has no medical motivation to write
another script, but the patient’s drug abuse has led to the early stages of
addiction. The symptoms may be subtle
at first and hard to detect.

If it feels
good do, is a bad idea

Still another example is the person tries cocaine at a
party.

They enjoy the high and so they
want to repeat the experience. They
tried it at a party, so they try it again the following week. As we stated, this is drug abuse. Cocaine is an illicit street drug, sold for
recreational purposes. In this case drug
abuse symptoms might just be that the person is beginning to use frequently.

You might notice that they have a runny nose, because the
cocaine, when snorted, impacts the mucus membranes and causes irritation.

You can also tell they have been using
because they might be full of energy and have this sense of euphoria they
didn’t have before. Their heart rate
might be increased and their pupils might be constricted. Drug abuse symptoms can be hard to detect.

As a person
begins to advance from abuse to addiction, the symptoms become more
apparent. The use of the drug is getting
in the way and you really start to notice this.
The user who is slipping into addiction has no such concern. They think
they are in control and can handle it.
This is a lie.

Teens lose interest in almost everything

They will be the last person in the room to see that there
is a serious problem at hand.

So when
you see that the drug is getting in the way of everyday life, that’s a good
indicator. Teenagers who drink or smoke
marijuana may begin to withdraw or lose interest in school.

They may get in with a
whole new group, based on their drug activity.
Parents need to be especially vigilant for drug abuse symptoms. The
grades might slip and they lose interest in hobbies, sports and family
activities. They sleep too much, or they
are losing weight. They become irritable
and withdrawn. These are all signs.

Mood change can be important

Drug abuse
symptoms can include something as small as a change in mood, which can be
difficult to detect because teenagers are often moody. It might be easier to see it in an
adult. Do they miss work or school?
There might also be other health issues to consider, such as a respiratory
problem of some kind, more frequent colds, or a loss of overall vitality and
fitness. A few years ago this writer
worked in an intensive care unit or a large urban hospital.

Of the cases in that unit, 75% of them had a direct drug and
alcohol component.

That is, three
quarters of the patients abused drugs.
That’s a huge percentage, but it illustrates how common drug abuse is
and why picking up symptoms is so important.

Some people mask
their drug use better than others, but if you are aware you should be able to detect drug abuse symptoms. We
have functioning alcoholics and drug addicts who can get by for a long period
of time without anyone being wise to it.
For friends and family, noticing subtle changes can be an indicator.

Being observant for drug abuse symptoms can sometimes save someone’s life, to catch
the problem before the abuse turns into addiction.

It is better to speak up and share your
observation than to ignore it and hope what you saw will go away. An assessment by a qualified professional
person is always the best, so do not be afraid to contact a local drug
treatment center for counsel. It might
just save a life.

That concludes our look at Drug Abuse Symptoms visit our home page for more information.