Rather be in jail 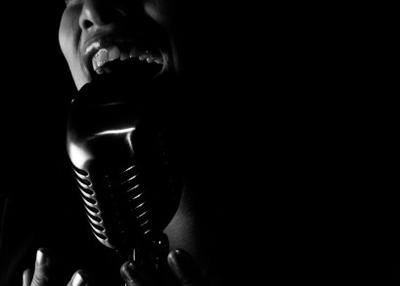 We are the masters of our fate, or so it seems, as people will rely on their own feelings and logic rather than allowing someone else to direct their path. I was reminded of this while reading an article from “The Daily Beast,” the online product of Newsweek Magazine.

Rather be in jail?

Writer Mansfield Frazier reported on MTV reality star Amber Portwood’s decision to accept incarceration rather than continue court-ordered drug treatment. Her rationale for electing to go to prison rather than accept more treatment was simply that she believed that incarceration was the only way she would stay clean, that no matter how much treatment she received, she would always use drugs if they were available to her.

Frazier commented that Portwood should be both pitied and admired for her decision. She had been convicted of three felonies, but the judge ordered treatment rather than incarceration. Portwood decided that treatment was not an option. Her life was described as a “drug-fueled odyssey” and she obviously believed that there was no solution other than to be placed behind bars.

So, she can go to prison. Let’s say she serves a portion of her sentence and is allowed an early release for good behavior. She has been isolated, so let’s assume for sake of argument that she has been clean.

There are drugs is prison too!

We all know there are drugs in prison, but the writer was wise to point out that in short-term prison sentences are likely to cause inmates to be better citizens because they know they can get out. Let’s say Portwood is clean and sober in prison, but then they say she can go home. By her own logic, she will use immediately.

People who are placed behind bars, even for years, without access to drugs are merely dry drunks or clean users. There is nothing to change their behavior, no treatment, no life skills, no rebuilding of their character or any other educational or spiritual benefits that one would receive from treatment. Portwood was obviously not willing to be treated.

I wonder what happened in treatment. Was she forced to—perish the thought—deal with her own self, her bad decisions and her miserable lifestyle while in treatment. In prison she won’t have to face herself, her ruined relationships, and her destructive behavior.

Many people have benefited from incarceration, and there are treatment programs in prison. People can get their lives back in order and they can move forward, but it takes a lot of personal effort.

While I can somewhat understand Portwood’s decision, at the same time I don’t think addicts should be the ones making these decisions. The very same failed logic that got them into trouble and allowed them to fall into the grips of addiction will contribute to more bad decisions in the future.

Maybe Portwood needs incarceration, but she also needs treatment. So many people fail at out-patient treatment and so many people claim that it’s the fault of a 12 Step program not working, or they just didn’t like the treatment techniques.

If I went to a cardiologist with a serious heart condition and he/she told me that a bypass was necessary, I suppose I could get a second opinion, or opt for some kind of alternative treatment and I could demand to be in charge of my treatment. But if expert after expert says do the by-pass and I choose to ignore it, is it because the treatment doesn’t work or is it because I’m making a foolish choice?

An aspect of treatment is the rebuilding of the spirit which is also a necessary component of brings the whole person back to a healthy life. I do not know Portwood’s spiritual condition, but I think I can surmise that she does not hold God in high esteem, nor does she have an educated or clear understanding of who God is, based on any particular religious practice.

She may have some idea, some self-created image of something based on her own feelings and fantasies, but taking a look at her years of drug addiction, domestic violence and history of bad decisions, there is little to no evidence of God in her life. Most people reject God as a solution. In America, 80m percent or more of people do not attend church or synagogue or mosque. But that reminds me of the old saying,

‘When you’re at the end of your rope, that’s where God’s rope begins.”

But people look to their own wisdom. The Bible says that our wisdom is foolishness to God. Sadly, we look at God’s wisdom and think it’s foolishness.

I hope Portwood can get clean, find herself and allow God to enter her life.