Recreational Use Of Heroin 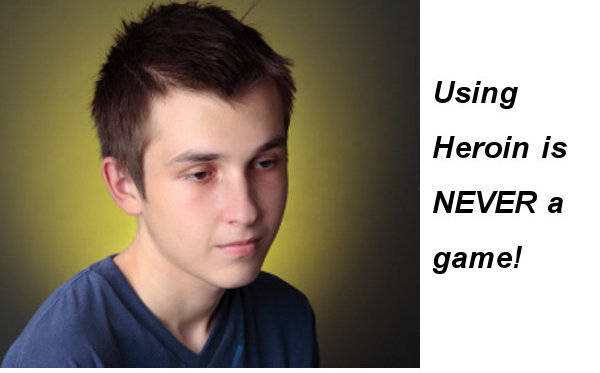 Recreational Use Of Heroin

A father in mourning said he never saw this coming. The Village of Pewaukee, just west of Milwaukee, WI in Waukesha County, just isn’t the place where heroin is sold, but recently 27 people were charged in a heroin network and authorities stated that there have been 11 overdoses and five deaths as a result.

Most of the people charged were from Waukesha County and the others from Milwaukee and Chicago. The case is very similar to one that authorities cracked in Ozaukee County, which is just north of Milwaukee.

In that case, in 2006-07, four fatal overdoses were the center of the investigation. All have been charged with conspiracy, which means that the possible penalties will be severe. This goes beyond drug selling, it’s murder.

What is particularly shocking about these two cases is the fact that the young people involved, got a jump start on their addiction by starting with oxycodone before making the move to heroin.

The Milwaukee Journal-Sentinel reported, “James F. Bohn, assistant special agent at the U.S. Drug Enforcement Administration, said the purity of heroin sold on the streets has increased over the past 10 years, making it possible for users to snort the drug instead of injecting it.

That has eliminated some of the stigma formerly associated with heroin, but it remains highly addictive, regardless of how it is used. “Heroin is not a recreational drug,” Bohn said. “Once you use the drug, you are on that path.”

U.S. Attorney Steven Biskupic said the investigation is ongoing, noting that in both the Waukesha and Ozaukee cases, the source of the heroin was traced back to Chicago. “The source of the supply remains under investigation,” he said. Biskupic added that both cases show that heroin is not a Milwaukee problem, but a regional one. “Law enforcement knows drug dealers aren’t concerned about city borders,” he said.”

How did they get hooked?

Pewaukee Police Chief Ed Baumann told the Journal-Sentinel that he was shocked by how prevalent heroin was in his community. “The questions are unanswerable,” Baumann said. “They are the same questions Ozaukee County had. How did this group of kids get hooked on this poison? I don’t know.”

The Journal-Sentinel article also spoke with James F. Bohn, assistant special agent at the U.S. Drug Enforcement Administration. Bohn said the “purity of heroin sold on the streets has increased over the past 10 years, making it possible for users to snort the drug instead of injecting it.

That has eliminated some of the stigma formerly associated with heroin, but it remains highly addictive, regardless of how it is used. Heroin is not a recreational drug. Once you use the drug, you are on that path.”

According to Goetzke, heroin use is widespread, more than anyone in the suburbs wants to believe. “A lot of parents in the Lake Country area want to believe that they are above something like this,” Goetzke told the Journal-Sentinel. Goeztke also said that 25% of his son’s 2007 graduating class from Pewaukee High School were either addicted to heroin or “uses the drug on a recreational basis.”

The words of this grieving father are chilling. Goetzke said he knew his son drank and smoked marijuana, but he never suspected heroin. The supply of oxycodone on the street is ample, but an ounce of that prescription pain killer costs about $40, whereas a dose of the heroin costs between $10-20 per dose, according to law enforcement officials.

A decade ago, young people would drink, or smoke marijuana, then after time progress to cocaine. Now, according to officials, they make the jump to the oxycodone, then to the less expensive heroin, which is more pure than years ago. The drug is not necessarily mainlined, but snorted.

Perhaps young people turn to the drugs because they don’t believe they have a future. So many young people have the “it will never happen to me” attitude and do not believe there is any harm in using.

After the busts in Ozaukee County, the heroin and oxycodone use subsided slightly, but it started up again. Even deaths don’t seem to get through to young people.

We can throw tax payer dollars at the problem, initiate education programs, drug counseling and try to pound the message home in school initiatives, but if young people have no moral compass, what is there to stop them from making bad decisions? If there is no right or wrong, what moral authority can be used to correct the behavior? This transcends social order.

It’s a spiritual problem and a symptom of a society that has turned from God, a society that embraces moral relativism and denies any absolute moral authority.

I appreciate the efforts of law enforcement. I grieve for John Goetzke and the families of the other victims. The drugs are not just a problem for the inner city, or the “other side of the tracks.”

There is no such thing as recreational use of heroin. It’s a game you cannot win and a game that only produces losers.

For more about Recreational Use Of Heroin link to Books

Summary of Recreational Use Of Heroin:

Recreational Use Of Heroin is a statement that is really hard to believe. There is no such thing as heroin and recreational.

Recreational Use Of Heroin causes addiction and is a very bad idea.

Recreational Use Of Heroin is a expression people use to rationalize a very terrible type of drug use.

Recreational Use Of Heroin is an oxymoron heroin is very addictive no matter how it’s used.

Recreational Use Of Heroin is NEVER a good idea and will likely lead to heroin addiction and overdose.

Sharing from the heart is an important part of your recovery, this week on Recovery Now!