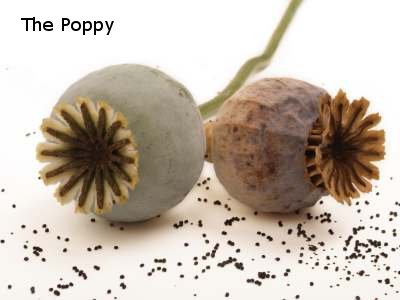 Teen Heroin Abuse: What’s a mother and father to do?

Heroin abuse became all most extinct in teens during the 1980’s and 90’s. But as the new century dawned so did a new class of opiate pain pills often just called “Oxycotton” or Oxy’s.

Everyone started receiving these opiate pain pills any time they had surgery, had an athletic injury, for back pain and even for minor dental work. Many people started taking opiates.

Now everyone under 30 knows if you what “Oxycotton” is and often seek it when ever they’re in pain. Teens find it in their parents’ medicine cabinet and think it would be “fun” to try it. They are depressed and are hoping taking some “oxy” will perk them up and give them a “fun” high.

They take the “oxys” and fall in LOVE with the way it removes both physical and emotional pain. That’s the start of their addiction. They start buying it from their friends and using it every weekend for fun.

Their brain begins to adapt to the pills and they begin realize they want more of it and they start to become dependent on it. They begin to WANT IT every day… suddenly they NEED it everyday just to function. When they can no longer afford the very expensive pills they make a very dangerous decision. They switch to HEROIN and now they are in the big leagues they become teen heroin abuse.

This is the most common, currently, that teen heroin abuse and eventually addiction starts and the primary reason it is now at epidemic levels in teens.

Back to the original question, what can you as parents’ do to protect your children from this alluring be dangerous problem?

Learning as many FACTS about heroin and other opiates is a good place to start. Listed below is a list of facts about heroin that you need to know:

FACT: Heroin is an opiate, derived from morphine, which is produced from the Asian opium poppy plant.

FACT: Heroin comes most commonly as a white or brown powder, or as a black, tar-like substance.

FACT: Heroin is highly addictive. Approximately 23% of all people who try heroin will become addicted.

FACT: Heroin is injected, or snorted, or smoked. All three methods of use deliver the drug to the brain quickly.

FACT: Heroin will produce a euphoric feeling, which is very alluring for Teen Heroin Abuse.

FACT: When heroin enters the brain it is converted into morphine and binds with the opioid receptors in the brain. These areas of the brain regulate reward and pain control.

FACT: Heroin also impacts the opioid receptors in the brain stem, which regulate breathing, blood pressure and arousal. Because of this, heroin overdoses often involve lack of respiration.

FACT: After experiencing the initial “rush” the user will likely become drowsy, or “on the nod” as it is called especially in Teen Heroin Abuse.

FACT: Heroin users develop a tolerance to the drug over time, thus more and more is needed to achieve the desired effect.

FACT: Because heroin users develop the tolerance and use more drug, they are susceptible to overdose after not using for a period of time. For example, after the drug is out of their system, the brain and body begin to get back to “normal,” but if the person goes back to using the same amount as they did before going off the drug, it could cause an overdose and death.

FACT: Heroin users who inject the drug are in jeopardy of contracting HIV/AIDS and hepatitis.

FACT: Heroin sold on the street can be cut with toxic chemicals that cause damage to the brain and other vital organs. Teen heroin abuse usually means they don’t really know what they’re getting.

FACT: Heroin addiction is a brain disease. The body gets used to the presence of the drug and the brain is tricked into thinking that the drug is necessary.

FACT: When heroin users are denied access to their drug of choice, they experience withdrawal symptoms, which can be very unpleasant. These symptoms include, but are not limited to muscle and bone pain, restlessness, vomiting, insomnia, diarrhea, and involuntary muscle movements, such as leg kicking.

FACT: Heroin withdrawal symptoms should cease between 48 and 72 hours, but treatment centers offer medical detoxification, which will ease the withdrawal process and allow the user some physical comfort.

FACT: Some heroin users will display withdrawal symptoms for extended periods of time, even a month or more.

FACT: Heroin withdrawal, although unpleasant, is usually not fatal. However, if the user is in poor health, withdrawal could be fatal.

FACT: Through a combination of medical and behavioral therapy, users can come off the drug and learn to live a healthy and productive life.

FACT: The two most common medical treatments for heroin addiction are Methadone and Bupremorphine. Methadone , a synthetic opiate, clings to the same receptors as the heroin, but it is designed to reduce the desire for the drug and lessens the withdrawal.

Bupremorphine has become more widely used in the last 10 years and does much the same job as methadone, only it blocks the opiate receptors and lessens the incidence of overdose. A third option is Naltrexone, which blocks opioids from clinging to their receptors, which means that the heroin does not take effect.

FACT: One size does not fit all in treating heroin addiction. Therefore, patients needs to have their own, individualized treatment program.

FACT: According to the Monitoring the Future Survey in 2009, 1.3% or 8th graders, 1.5% of 10th graders and 1.2% of 12th graders have used heroin at one time or another. Heroin is in our schools and is an ever-present danger to children.

Most parents think that addiction will NEVER happen to their kid and that can often not be true. Understanding the recent heroin addiction epidemic will allow you to talk to your kids about the horrible consequences of drug use.

Also remember that actions speak MUCH louder than words. I had a patient addicted to heroin whose father and mother were both daily marijuana and alcohol users. This patient learned early that mind altering drug were acceptable. All of the discussion in the word couldn’t overcome the reality of the actions her parent took throughout her life.

Many parents have enrolled their teens into a program called Teen Challenge to help those with a Teen Heroin Abuse. This program is extremely successful and transforming the lives of Teens who are addicted to drugs and alcohol. Click here to find out more about this excellent program to help overcome abuse teens!

Click here to find out more about this excellent program Teen Challenge!

For more on signs of teen abuse click here.

About two weeks after i started eating pills i was
selling myself to get more. I stole everything i could from my parents, i
sold myself over and over to different men for drugs and i was homeless
for almost a year.

In a flash i was staying awake for 10-11 days
and doing things to the people i loved the most that today bring tears
to my eyes. I stole everything i could get my hands on, i had to shop
clothes for 12 year old’s and i almost killed myself more than once.

Today,
I’m a recovering mom doing my best to take one day at a time and
looking back at the person i was and thanking God for bringing me back
to earth. I’m proud of the things I’m doing and it’s all thanks to the
12-step program.

If somebody out there reads this and has the
same problem, please get help before it’s too late. I just buried my
friend 3 days ago and it’s not a joke how quickly this will kill you.

The beauty of the 12-Step process is that it brings body, mind
and spirit back to wholeness. I am very pleased that you are in
recovery and can once again love your children and enjoy your family.
You have your life back.

Sadly, there are so many young people
who do not believe it is possible to recover their lives, and even
sadder that the addiction robs them of their humanity and ability to
recognize anything of value in life.

A substance use disorder
strips away our ability to reason and understand that we are in so much
trouble and you know that all to well. The diseased mind only wants
more drugs, regardless of what the addiction does to the person.

I
am so very sorry about your friend. That is the unintended consequence
of using drugs. The reality of this kind of life is that it leads one
way unless it is stopped.

People do not intentionally become an
addict, but they become prey to a hungry predator who grabs hold and
doesn’t let go. It turns otherwise bright and promising young people
into mindless zombies, living on the streets, one fix away from the end
of life. You think about what could have been. You mourn the loss of
these people.

The people in the 12 Step programs understand what
real friendship is about. When you go to meetings, you meet people who
are genuine, who care and who will watch your back.

They are
people you can count on because they know you and love you for who you
are. The unbridled support, the acceptance in a recovery group is like
no other.

You are clean and sober now. This is cause for
celebration. It’s a life reclaimed. Allow yourself to live and grow.
All the best.