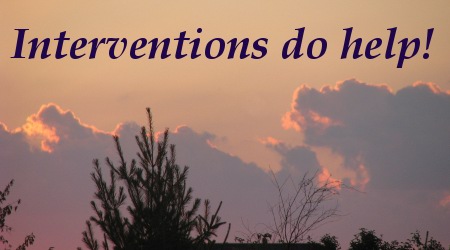 “I just didn’t know how to help him.  I let him down,” said Dorothy, as she looked over the lifeless body of her 36 year-old son.  “I just wanted him to be happy, to have what he wanted.”


Never thought he would die

Dorothy knew her son took drugs, but she never suspected he would die from an overdose, or in the case of her son, from a heart attack.  She didn’t necessarily like it, but she didn’t think it was her place to interfere with his life.  Her son had been using drugs since high school and never moved out of the house.

He never married, held a job for more than six months and had a criminal record, mostly petty thefts.  He had been jailed for short stretches on three occasions, but never for any violent offenses.

Been the same for many years

It had been the same for so many years.  Dorothy’s husband had died when her son was in the eighth grade, and like so many widowed, suddenly-single moms, Dorothy tried to hold things together by working two jobs and occasionally picking up work on the side.

The boy was one of those “latch key” children, who never saw their parent, so to compensate for her absence  Dorothy would try to give her son material things like video games, a mountain bike and sound equipment.  The boy got into drugs early, drinking beer and smoking marijuana.  He was suspended from school once for having liquor in his locker, and using that as a little base of operation to sell to other students.

Dorothy was never there for parent-teacher conferences, but she would readily get on the phone and curse out the principal if her son failed a class.

Trying to hang on!

Dorothy was trying to hang on to what she had left.  If she disciplined the child, he would certainly rebel, or worse yet, leave home.  And so it went for 20 years.  The son never finished high school.  He had a good deal going.

Mom worked and paid all of the bills.  It’s not that he didn’t appreciate it, because Dorothy said he would joke with her, hug her and tell her that she was the “world’s greatest mom.”  She said he had the ability to be “so cute and charming.”

Every dollar he had was spent to supporting a meth amphetamine addiction, which she knew about, but other than a couple of exchanges with him, never expressed her concern or did anything to “interfere” with her son’s life.  She was a role model for enablers.  She was a classic co-dependent.

She still didn’t realize crystal meth addiction is a killer!

Even his death didn’t help her realize that meth is a killer.  She just chalked it up to him having a bad heart.  She said she didn’t think he took “that” much meth.  Her husband had died from a heart-attack at just 42, so maybe it was a genetic inevitability.

Addiction is a family disease, because it takes the entire family to help the addict realize that he/she has a problem and that treatment is vital.  But denial is a powerful force, especially when the addict and the enabling parent fail to see the addiction, refuse to see the addiction, or band together to advance the addiction.  Mother and son fed off of each other and nothing was ever done to put either of them on the right path.

Dorothy stood beside his bed in the emergency department and wept.  She was in shock. She did not know that she could have been a major, positive influence in helping her son overcome his addiction.  She did not know that she needed treatment every bit as much as her son, and it never occurred to her that something was wrong in their house.  She didn’t want to know and at the end, she did not want to know what really happened.

Now she was alone.

Crystal meth addiction (methamphetamine), also known as “speed,” “meth” or “chalk” is classified as a Schedule II stimulant, meaning it has a high potential for abuse and addiction. In fact, the drug is very addictive because it increases the release of dopamine, a neurotransmitter which stimulates brain cells.

It produces more potent, long-lasting and harmful effects to the central nervous system. The drug in its legal form is only available by prescription, and that prescription may not be refilled. Familiar to many people are the small, dangerous and illegal labs that spring up to manufacture the drug for street distribution.

Commonly the crystals, sometimes called “ice” because they look like ice, are smoked in pipes. Sometimes the drug is called “crystal.” The drug can also be taken orally, or its powder form can be snorted.

Users can become addicted quickly and as they continue to abuse the drug, higher doses are needed, and increased frequency of use. Chronic abuse of this drug will alter brain function by damaging neuron cell endings. The neurons do not die, but the cell endings are cut back and may grow back, that process is limited by the damage.

Crystal meth addiction alters the function of the dopamine system. Dopamine is a neurotransmitter that stimulates cells in the brain and impacts mood and movement. Abuse of the drug leads to a decrease in motor skills, but of greater concern is that studies have shown that methamphetamine alters the areas of the brain connected to emotion and memory. Meth users can develop severe cognitive and emotional problems.

The side effects may also include insomnia, confusion, irritability, memory loss, anxiety and confusion. They may become delusional. Long-term users have known to become aggressive and shown symptoms of paranoia. They may also experience hallucinations. Once they end their crystal meth addiction these symptoms usually will pass will time.

Many People Have Tried Meth

The national Survey on Drug Use and Health (NASDUH) reported in 2005 that 10.4 million people aged 12 and older had tried methamphetamine at least once. The rate of annual and 30-day use of the drug had not changed from 2004 to 2005, but the number of people who had tried the drug at least once had declined from 4.9 to 4.3 percent.

There have also been reported dramatic decreases in the illegal methamphetamine labs, according to the Drug Enforcement Administration. However, there have been reported increases in the smuggling of larger amounts and purity of the drug from Mexico. Crystal meth addiction is likely here to stay.

Visit our home page for more about Crystal Meth Addiction.