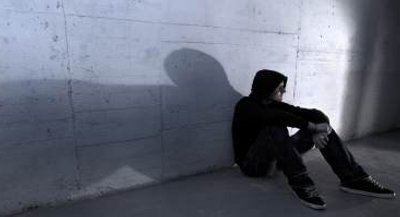 What are the signs of drug addiction or drug abuse?

The signs of drug addiction vary. Perhaps it’s just trying something with friends at a party, or maybe a person hurts and they want to numb the pain.

More Signs of Drug Addiction
Drug addition does not discriminate. It affects men and women of all ages; seniors, career-aged, young adults, teenagers and even children. The affects of drug and alcohol addiction impact all of society.

When someone is addicted to drugs, there are few general warning signs that point to the problem:

– Does the person feel like they need to have the drug regularly, every day or more than every day?

– Do they make sure they have a steady supply of their drug on hand?

– Maybe they want to stop, but they just can’t.

– Because they can’t stop, they will do things they normally would not do to get the drugs.

– Do they need the drug to function normally?

– Are they willing to do something dangerous while on the drug, like operating a motor vehicle, or some kind of equipment that can cause bodily harm?

You Need, I Take

“Cynthia” never thought life was going to get so absurd, to the point where she felt like a prisoner in her own house. For over 20 years she has been living with an addictive husband. She spoke of his methamphetamine and alcohol addiction, his ugly mood swings and broken relationships with family and friends. It was a grizzly story, but she did wrap it up with a happy ending, saying that he no longer used meth and alcohol. That was the good news. These are all classic signs of drug addiction.

The story didn’t end, she spoke of another problem. She explained that she was being treated for anxiety and that her doctor had prescribed Xanax. This drug is in the group of drugs called benzodiazepines. It is intended to regulate unbalanced brain chemistry to manage anxiety disorders or anxiety caused by depression. It is also used for panic disorders.

Its generic name is abprazolam. It is also sold under the prescription brand names Niravam and Xanaz XR. She went on to explain that she had struggled with depression off and on, and said the Xanax worked well to manage her symptoms. She also shared that her husband took her medicine and used it himself. People with a history of drug addiction or abuse, or alcoholism should not take Xanax, as it is highly addictive. As she told the rest of the story the picture became much clearer. Moving from one addiction to another also in a common signs of drug addiction.

Her seemingly good report on his not using meth and alcohol quickly turned sour as she told of his taking her meds. Xanax, like all prescription medications, should be taken in the right dosage at the right time. His taking her medicine meant that she had to go without. That is the nature of addiction.

He didn’t care at all that she needed the medicine to function at a satisfactory level. He only wanted it for himself. Complete lack of concern for anyone else is a classic symptom of drug addiction. For 20 years she wrestled with him about his drug and alcohol use, and she actually thought he was “off that stuff” and doing better, but clearly the addictive behavior continued. He never went into treatment, was never a part of a group, nor did he do anything to safeguard his inclination for abuse.

“I don’t think he ever told me the truth,” she said. “Now I see he was only trying to get me to leave him alone.” Habitual lying is almost always another symptom of drug addiction. For years she had suffered alone, as the wife of an addict, but she said when the Xanax incident came up in the house, she turned to her doctor and told him what was going on.

Her problem was not only that her husband was taking her meds, but that he also became abusive when he couldn’t get them. “It was like living with an animal,” she said. She also turned to her church, which had a recovery group for families of addicts. This, she said, was her best move, as the group has been a source of comfort and support. She found out extremely abusive behavior is another one of the signs of drug addiction.

Cynthia said her husband denies any problem, so she issued an ultimatum—either get treatment or get out. He got out. She knew she could not continue in her living situation with her husband, because the immediate risk to her health and well-being, because of his addiction, was too great. As painful as it was for her, she made a necessary move, which may or may not get his attention. She says she will wait it out and see if he gets help, but in the meantime she is taking care of herself. Unfortunately unwillingness to seek treatment is another common symptoms of drug addiction. Sometimes you need to MAKE them get help.

For more signs of drug addiction link to About Drug Addiction

Is it an addiction?

I am 19 and have been doing drugs here and there since I was thirteen.
Then when I turned 17, I was introduced to pain-killers and started to
take them occasionally too. Then it became weekly.

I still don’t
use everyday, but I do take painkillers at least three times a week if
not more, sometimes less. When I am off for two days or so I cannot stop
thinking about getting high again but then the day after I take them I
feel so guilty that I won’t quit.

I have “tried” but I feel like
I keep putting little effort into it. After all if no one knows and
then it must not be a problem. If they can’t see a difference in me then
its not affecting me. That’s how I see it sometimes.

I’m so
conflicted with myself because I want to, want to quit but when it gets
down to the niddy griddy of it I don’t think I’m addicted so I just keep
using. Basically I think you have to use everyday to be an addict and I
don’t use everyday just a couple times a week but I still feel like I
can stop if I try but it’s like I can’t make myself try to stop even
though after every time I use I say its my last time.

Basically my question is where is the line drawn between recreational use and addiction or dependence?

First of all, a substance use disorder
(addiction) is characterized by the inability of the user to stop. It is
a brain disorder that causes a person to use, even though they know
they are doing harm to themselves.

It is not so much the amount,
or the frequency, but the behavior attached to it all. I would
recommend a doctor’s visit and an assessment. Be honest and open about
your drug use.

I am confident there are treatment programs that
will work very well for you, so as long as you are concerned and
thinking about it, why not address the problem now before it rips you
apart and ruins your life?

You will be glad to handled it. There’s so much life ahead for you.