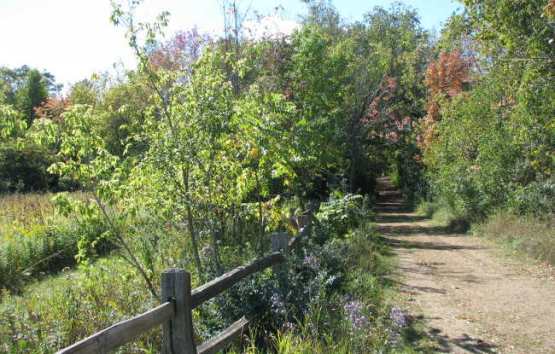 Detox is often the first step in addiction recovery!

Detoxification is the process of getting the toxins out of the body so that the drugs are no longer physically present in the system.

to learn about a great system to TOTALLY clear out your system.

Drugs are eliminated from the body either
unchanged as the parent drug or as metabolites (a changed form of the
drug). Organs that excrete drugs eliminate polar compounds (water
soluble) more readily than components with high lipid (fat) solubility.
The exception to this premise is the lungs. Lipid soluble drugs are not
readily eliminated until they are metabolized to more polar compounds.

Possible sources of excretion include:

The kidney is the most important organ
involved in the elimination of drugs and their metabolites. substances
excreted in the feces usually involve orally ingested unabsorbed drugs
or metabolites excreted in the bile that are not reabsorbed from the
intestinal tract. Excretion of drugs in milk is relevant because
excreted drugs can produce drug toxicity in the nursing infant.
Pulmonary excretion (through breathing) is important as it pertains to
the elimination of anesthetic gases and vapors, as well as alcohol.

Excretion through the kidneys

The kidneys are a pair of bean-shaped
organs, each a little smaller than the fist and weighing about 0.25
pounds. They lie on the back of the abdominal cavity at the level of the
lower ribs. They act as a pressure filter. On its way through the
kidneys the blood is filtered. The liquid or “primary urine” consists of
a considerable amount of the blood’s water, together with all
substances dissolved in this water (including drugs). The kidneys
reabsorb most of the water and some of the dissolved substances.
Components that are fat-soluble tend to diffuse back into the
bloodstream.

•  They excrete most of the end-products
of body metabolism (including drugs); They closely regulate the levels
of most of the substances found in body fluids.

•  Substances that must be excreted
include the end-products of body metabolism, as well as sodium,
potassium, and chloride, which frequently accumulate in the body in
excess quantities. The kidneys must also be capable of conserving water,
sugar, and the necessary quantities of sodium, potassium and chloride.

This process of converting fat-soluble
drugs into water soluble metabolites that can be excreted by the kidney
is carried out in the liver. Usually (but not always) the process of
metabolism decreases the pharmacological activity of a drug. Even though
a metabolite might remain in the body (awaiting excretion), it would
usually be pharmacologically inactive or less active and would not
produce the effects of the parent drug to the same extent. Many drugs
can increase the rate at which an enzyme system metabolizes a variety of
drugs, thereby increasing the speed with which a drug is eliminated.
Certain drugs induce an increase in enzyme activity. This process can
decrease the pharmacological response to certain agents metabolized in
the liver. For example, phenobarbital stimulates the production of
enzymes that normally metabolize the anti-coagulant warfarin. Thus
phenobarbital decreases the effect of warfarin by increasing the
metabolism of warfarin. Some drugs can also stimulate their own
metabolism. This is one mechanism to explain why increasing doses of a
drug must be administered in order to produce the same effect that
smaller doses produced earlier. Regarding the placental barrier referred
to earlier, the fetus may excrete drugs through the umbilical cord back
into the bloodstream of the mother. The mother can then eliminate the
drug through the liver and kidneys. After delivery, however, the newborn
baby is no longer attached to the mother and must deal on its own with
any drug in its blood. Unfortunately, the newborn baby has few drug
metabolizing enzymes in the liver and the kidneys may not yet be fully
functional. This means, that the infant has great difficulty
metabolizing and excreting drugs.

Many metabolites of drugs created in the
liver are excreted into the intestinal tract in the bile. Hence the
intestine is not only a site of absorption but it is also a site of
excretion. The net excretion by this route may be greatly reduced by
subsequent re-absorption into the bloodstream of fat-soluble compounds
further along the intestines. In this case drugs will undergo the
process of excretion all over again and the drug effect is prolonged.
This excretion/reabsorption phenomenon is called enterohepatic cycling.
Metabolites may be excreted in the feces. More commonly, they are
reabsorbed into the blood and ultimately excreted in the urine.

Excretion by other routes

Minute amounts of drugs are excreted into
sweat, saliva and tears. Drugs excreted into the saliva enter the mouth,
where they are usually swallowed. Their fate thereafter is the same as
drugs taken orally. Some drug concentrations in the saliva parallel
those found in the plasma.Since breast milk is more acidic than blood
plasma, basic compounds may become slightly concentrated in this
location. Although excretion into hair and skin occurs in small
quantities, it does have forensic significance.