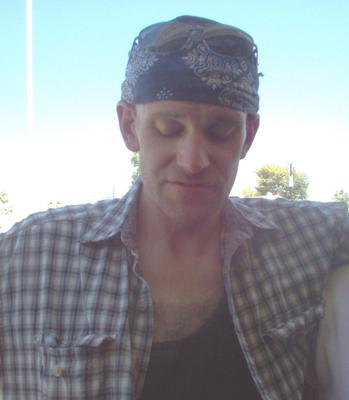 don't let meth nail you too.

My Life Of Drug Addiction
By: An Addict named brad

In the beginning, I shot myself in the head.
Three times.

With a nail gun.

As I remember, it didn’t really hurt all that much. Maybe that’s because I was already hurting so badly, all over.

The end . . . really happened when I was introduced to alcohol at age 11. It was a long, drawn-out end because I didn’t like alcohol, especially since we were hiding in the rafters of a friend’s garage to try it.

Then, I got drunk for the first time. I loved the way it made me feel and from then on, it became a social thing for me.

I was introduced to “weed” at age 15, by a co-worker. I loved its smell and the effect it had on me. Before long, I was using alcohol and marijuana together because it was what I felt I needed, to cope with the feelings inside me.
I don’t understand it, but I felt that I never wanted to be alive in this world.

My family life was good, but my social life was lacking. I wasn’t accepted into groups – other than drug abusers – so I started hanging out with the people who accepted me. People like me, who did bad things like using drugs and alcohol and taking things belonging to others.

I tried more drugs, like LSD, cocaine, butane and whatever else came across my path. Big mistake, because drugs got the best of me.

Finally, when I moved to Arizona in 1997, I left the last bit of normal life behind. I tried crystal meth.

It became the end to the end.
(more)

By this time, my drug addiction was SO out of control. I never had experienced anything like it.

I just wanted that ENERGY all the time . . . and speed was it. It gave me 12 hours of unstoppable energy.

From that point on, I never used alcohol any more.

Speed was my friend, my enemy, my master for the next 12 years of hell.

I moved on to other methods of using it; smoking, snorting and using a needle.

A person I met influenced me to try the needle method and I now can see that by that point I was really out of control. The drug had a devastating effect on my life and in fact, I was not myself anymore.

The drug took hold of me, made me do things I still feel I wasn’t capable of and whenever I used, I lost touch with reality. I couldn’t stop using the needle no matter what it made me do.
My life was spinning out of control and I was really lost.

By this time I was overdosing every time I got high and I couldn’t stop hurting my family or myself . . . and I was a guy who used to have control over whatever I wanted to do.

In my mind, things were to mixed up and bad that suicide looked like the only way to stop it all.
It was May 8, 2004 and I once again was in OD mode. My parents were out of town and I became so messed up that I decided to end it all. I was tired of hurting myself and my family with my out-of-control addicted life.

My choice for an ending was shooting myself in the head with a nail gun.

I did have two nails removed from my frontal lobe at bedside in the same hospital where I then was taken to surgery where doctors worked for nine hours to remove the third nail. It had entered above the ear and continued up through my brain.
Doctors were amazed that no blood vessel ruptured in my brain during surgery, but something else happened.

Those nails gave me a new beginning because my personality changed.

I felt a need to prove that I didn’t have a disability, that I could stay drug-free and that I could hold down a job. Goodwill Industries hired me and I soon made friends with co-workers who were like me; looking for a new beginning.
I stayed clean for 19 months and got a little cocky. I thought I could “do” a little and that I would be able to stop again.

That didn’t work and I started using again.
While working at Goodwill, I met a really terrific girl named Joanne and we went out on a date. We hit it off good; talking and staring at each other all evening while listening to a friend playing music.

We dated for some time before I asked Joanne to marry me. She said yes and we went to the court house for our wedding ceremony.

Then I made a huge mistake. I wanted to have some meth on our wedding night . . . for some stupid reason like having sex on drugs. The bigger mistake was offering to get Joanne high with me.
Even though I had almost killed myself while on meth.

This huge mistake of mine unleashed a new reason to use meth again.
(more)
Pg. 4

What was I thinking?

I knew better than to use again . . . and now I was dragging her into what I was suffering from. Addiction.

To this day, I really don’t understand why. I guess I once again thought I could control it this time but I was so wrong.

Things got worse for us. Meth made us not trust each other and we fought a lot.

Things got so bad my new wife was committed to a hospital for mentally ill people . . . and I was to blame for it all.

I didn’t want that for her. She was too important to me and I was losing her.

I was addicted again. Meth had taken over our relationship and I felt I couldn’t help either of us.

I prayed harder than ever that it would stop.
And a year and one-half into our married life, God took control. He saved both of us from destroying our relationship.

This time the drug addiction stopped for good.
I believe God – along with the C.M.A. program and the big book of Alcoholic’s Anonymous – saved our lives and took away the addictive pull of crystal meth.

We’ve been crystal meth clean for five years.
Faith in God plus three nails in the brain, launched a new beginning.

We now understand that our new beginning demands that we never relax our efforts and our prayers to stay clean from drugs.
(more)

We’re committed to bettering our lives, moving on to the future and living happily ever after.
With help from God and with the lasting memory of how “getting nailed” turned out to be a good beginning. just don't let meth nail you too.